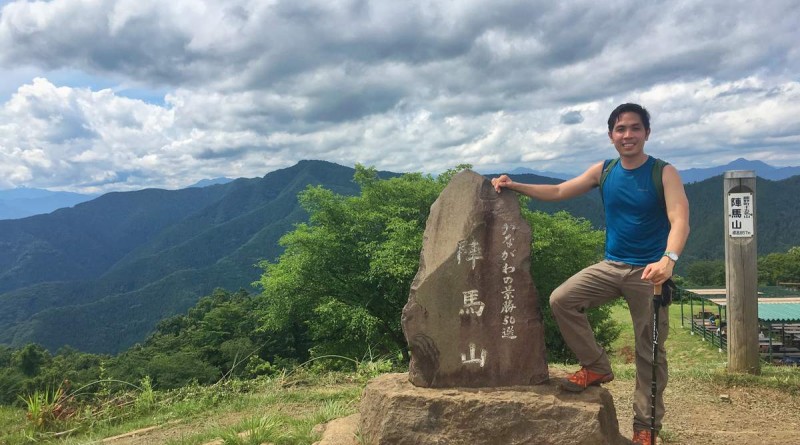 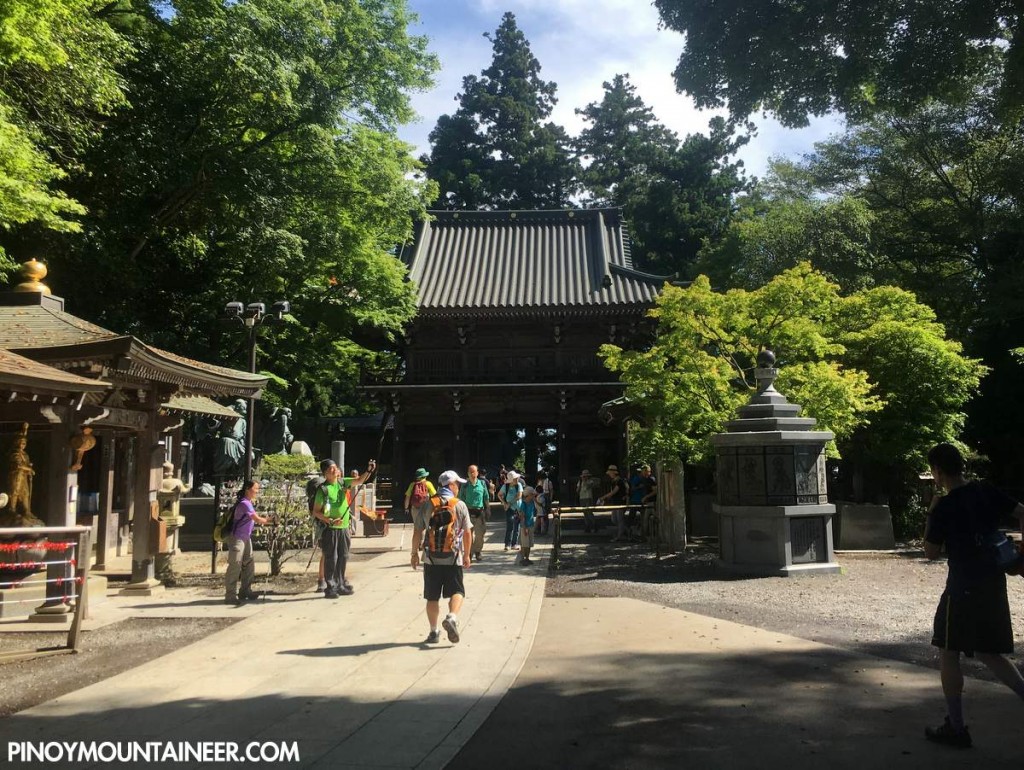 TOKYO – As the warmup hike for Mt. Fuji, we did a traverse from Mt. Takao (高尾山) to Mt. Jimba (陣馬山) – one of the challenging dayhikes within easy reach of Japan’s capital city. Takao, of course, is a popular hike in its own right and I hiked there myself in 2012 (Hiking matters #171) but I felt that my team members were itching for a more “solid” hike and thus we opted for the 20-kilometer traverse. 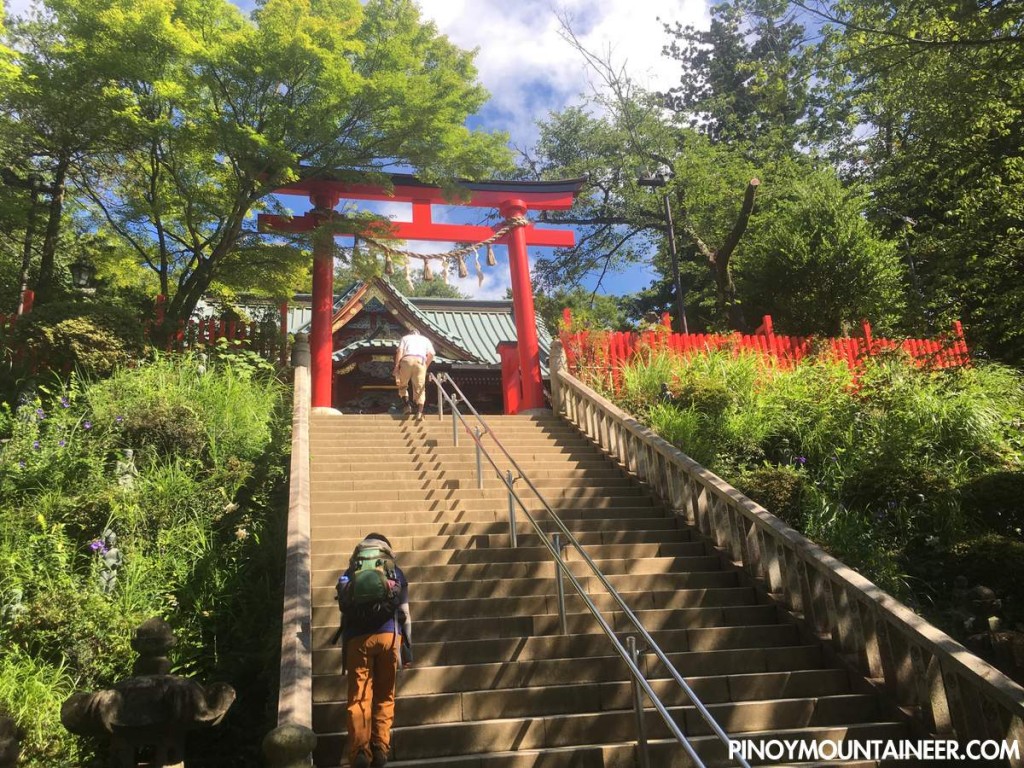 From Shinjuku Station, we took a train to Takaosanguchi, and from there took the easy Trail no. 1 to reach the summit of Mt. Takao. From a purely hiking perspective, there’s really nothing much to this trail, and in fact it is cemented most of the time, but it was culturally fascinated, with temples and torii, as well as some stately cedars. 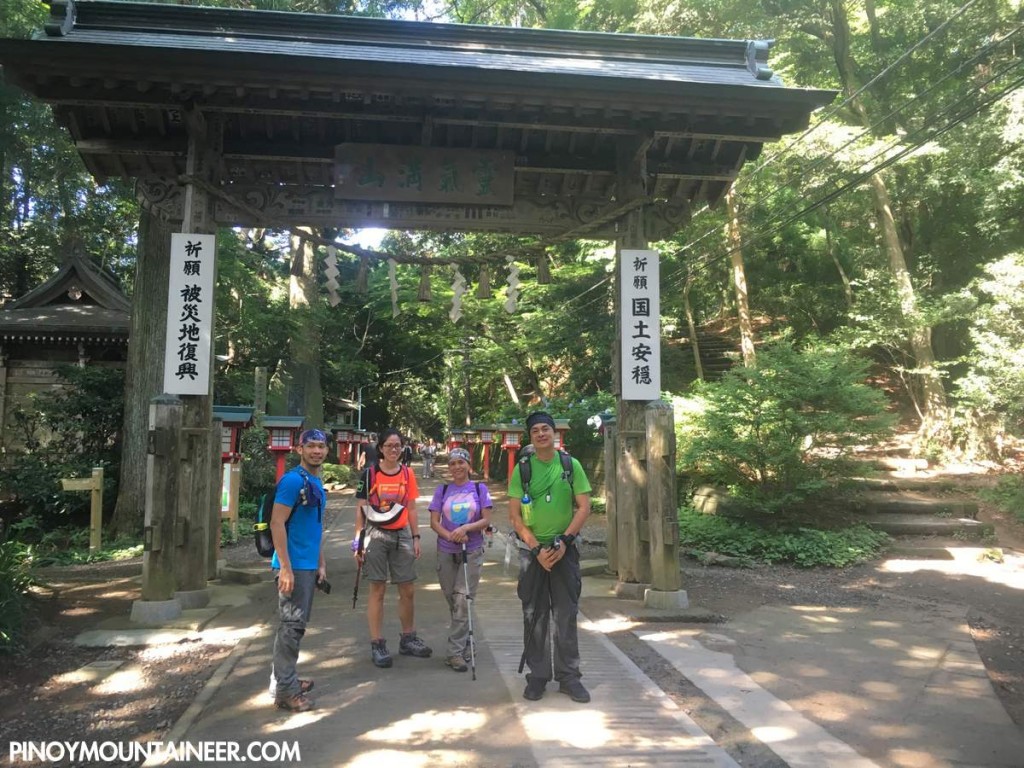 It only took us an hour or so to reach the summit, which, unlike any other summit, is filled with shops, structures, benches, vending machines even. What’s amazing, however, is despite this “commercialization”, the place is completely clean with nary a piece of trash. 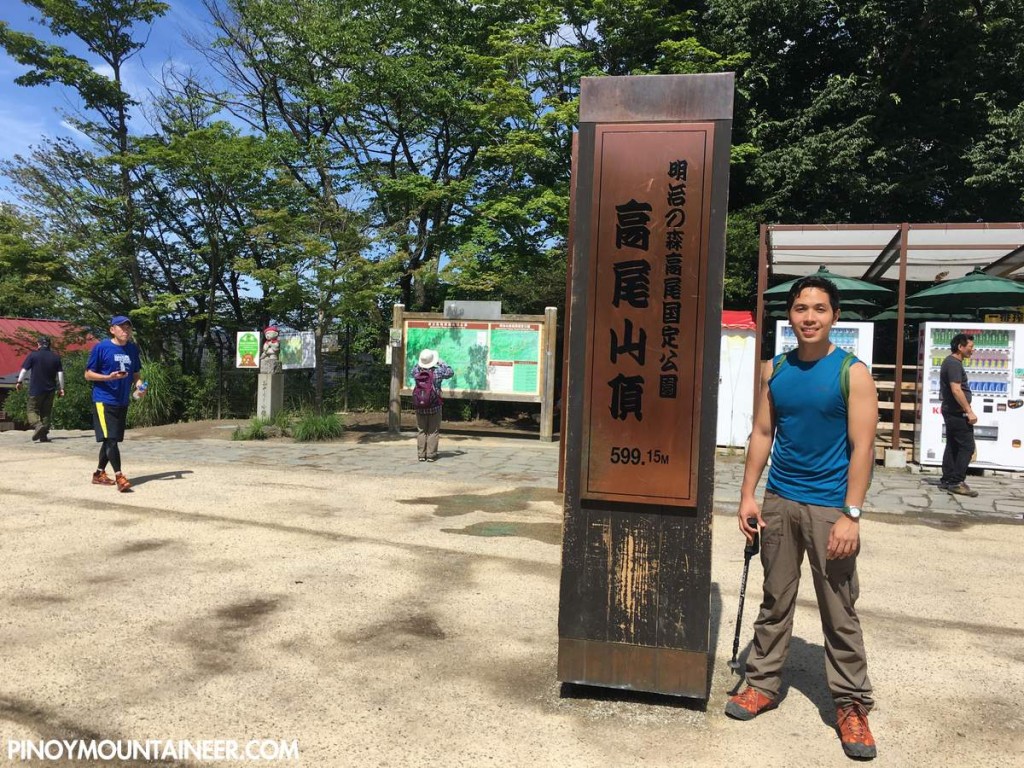 While some of our team members descended via my favorite Inariyama trail back to Takaosanguchi, we proceeded to do the traverse to Jinba. Immediately after we left Takao summit, we knew that we were in different territory, with much fewer people, and much nicer forest trails. 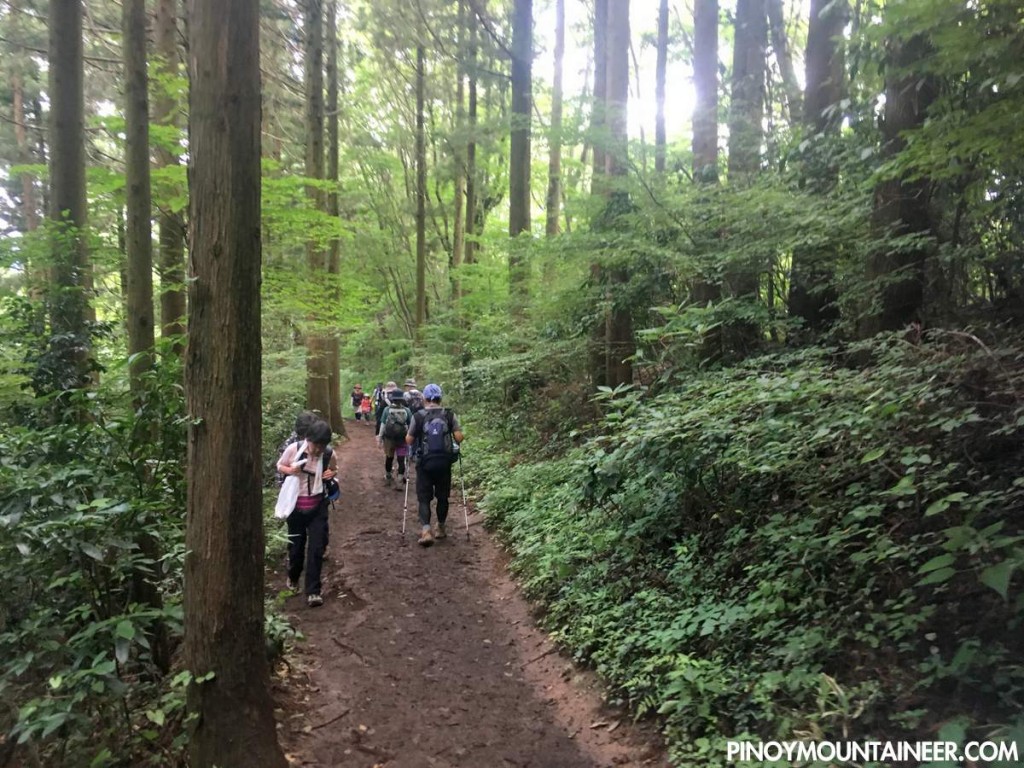 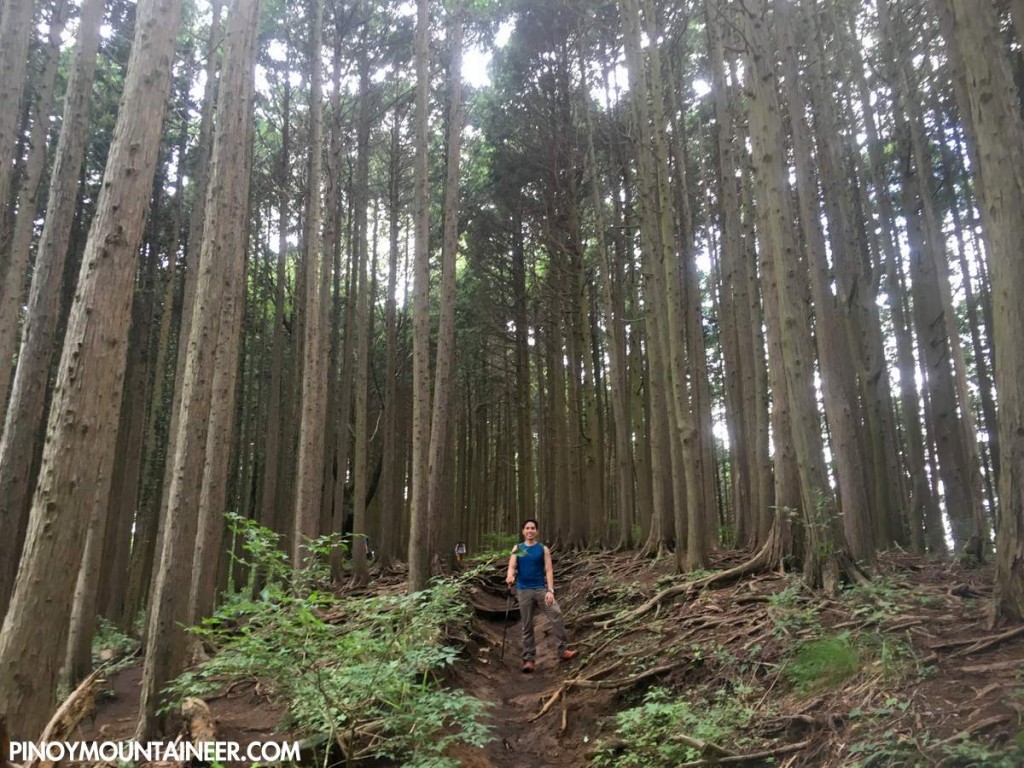 The first landmark we reached was the Kobotoke Shiroyama peak, and then Kagenobu, both of which offered some scenic views of the Kanto plain, including the vast metropolis of Tokyo. Along the way, Japanese trail runners of all ages breezed past us, and we noted, with great admiration, the number of elderly – but very strong hikers – and a lot of solo ones. 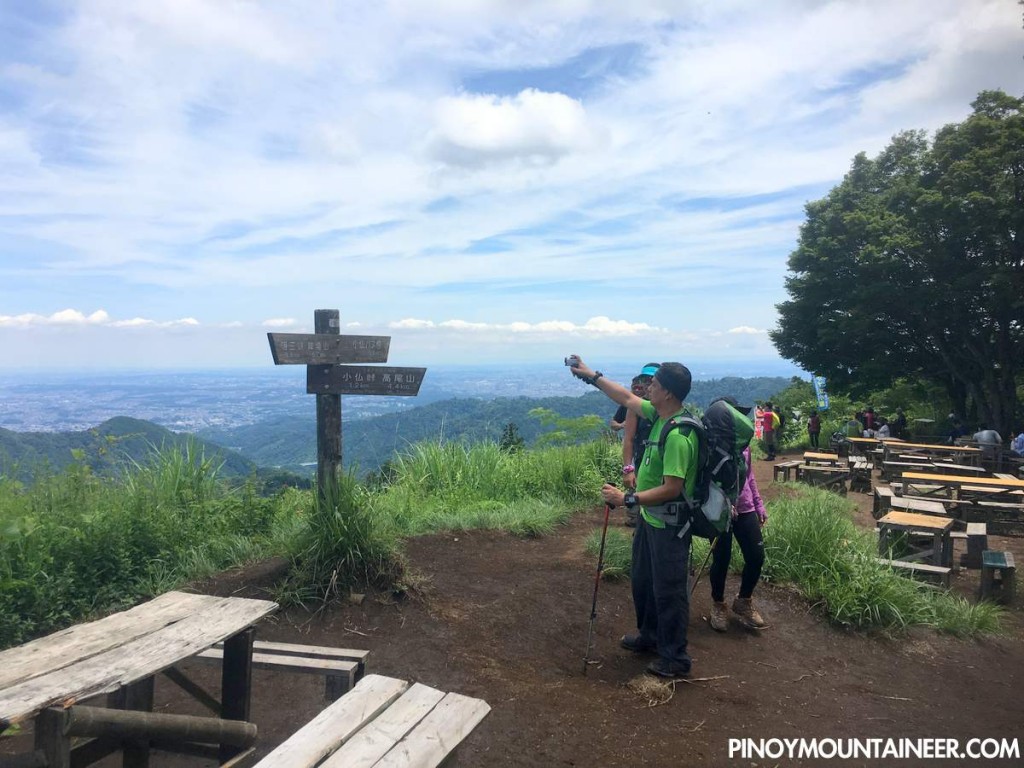 Although the trail length of 20 kms places the traverse in the league of Manila’s extended dayhikes, the well-established trails and gentle slopes made it feel easy – and our relaxed stops and the peaks’ picnic areas helped a lot, too. By 1336H we had reached the summit of Mt. Jinba. 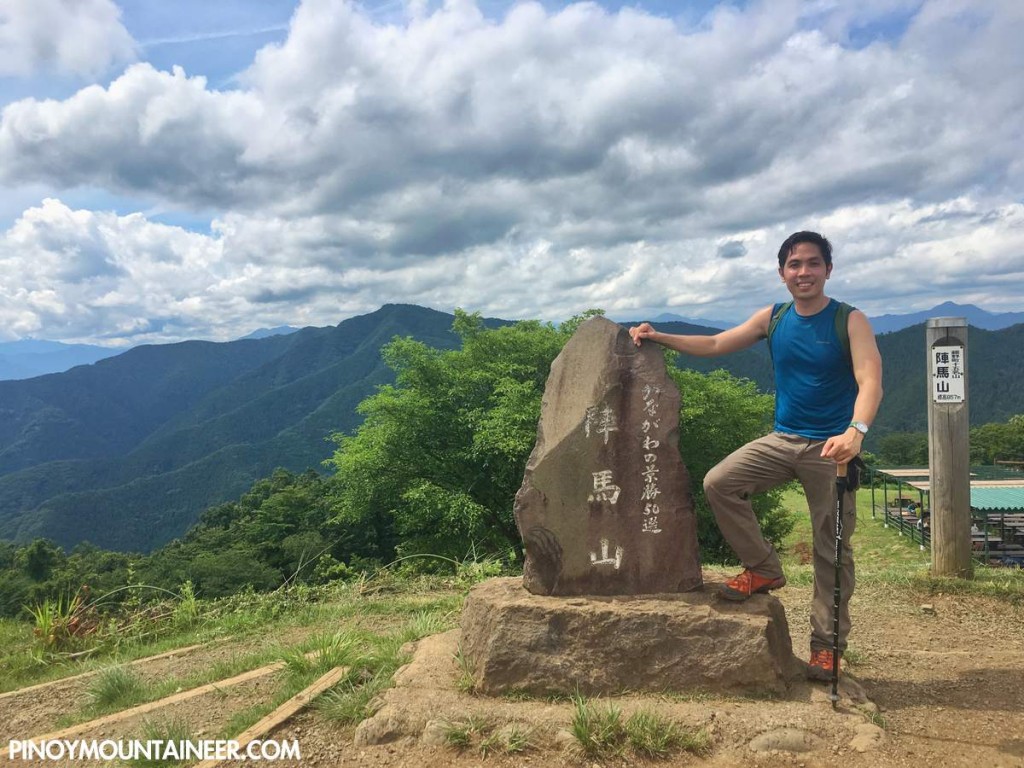 As a final bonus, we caught a glimpse of Mt. Fuji from Mt. Jinba. It was partially covered with clouds but its sheer tallness was still a sight to behold – especially since we were about the hike that mountain – Japan’ highest and one of the world’s most famous – the next day. 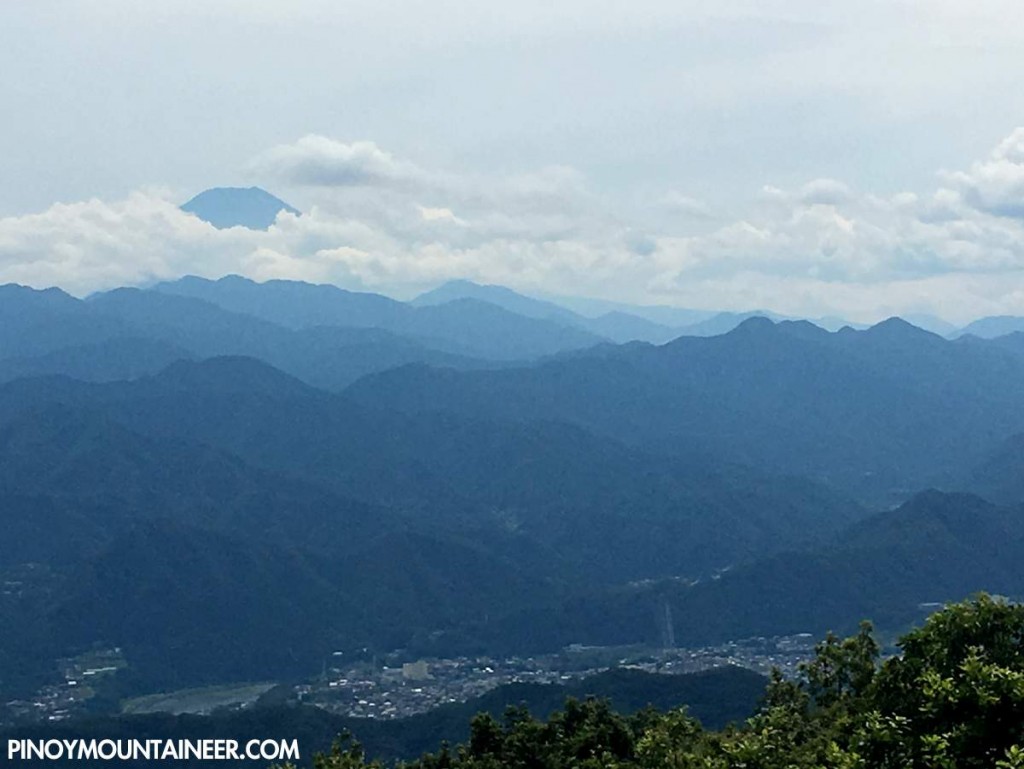 The descent was fairly straightforward, save for a final section that involves walking on the road to reach the bus stop. We caught the 1520H bus back to Takao station, and from there took a bus back to our base in Asakusa. Congrats to everyone who did the hike! 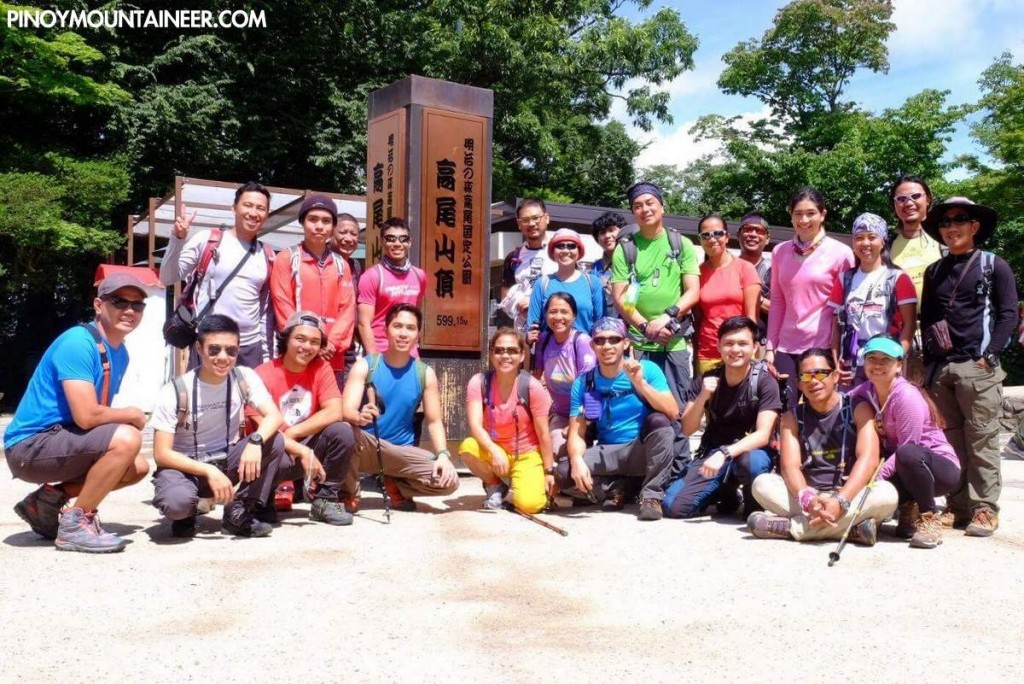