After an extensive researching and analysis of all available data from local and foreign sources, Pinoy Mountaineer releases its list of the country’s tallest mountains. It is hoped that this list will clarify all misunderstandings regarding this matter.

METHODOLOGY
Comparative analysis and a relative elevation index was constructed based on PHILVOLCS, Indexmundi.com, Sibarong Backpackers, MMS, and other sources. The Rodol Map of 1956 was also consulted, as well as site-specific DENR publications. Mountains suspected to be one and the same were plotted on the Wikimapia map of the Philippines to weed out redundancies, as in the case of Mt. Ragang and Mt. Piapayungan.

The choice of which elevation to prefer reflects the approach of Pinoy Mountaineer in all its entries: landmark mountains, whose elevations are extensively studied (i.e. Mt. Apo, Mt. Kanlaon) served as benchmarks against which other mountains are compared. The relative graph formed from each source served as collaborative evidence.

The decision to include all high points of the Kitanglad Range follow the attitude of mountaineers towards the Cordillera range where all the high points (i.e. Pulag, Tabayoc, Napulauan) were considered. Still, however, this list may not free from inaccuracies and peer-evaluation is highly encouraged.

Coordinates will be added and this table will be modified as new information is available. Supplemental tables (i.e. Top 10 highest in Luzon) will also be included later.

THE 30 HIGHEST MOUNTAINS IN THE PHILIPPINES

Essay: The etiquette of joining climbs 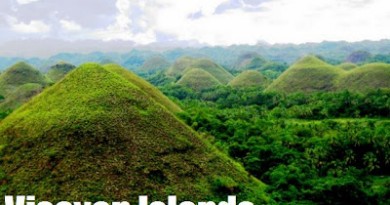 60 Comments on "The highest mountains in the Philippines"

I kind of hoped that this list would also discuss Topographic Prominence or define it since most of the mountains in the list are parts of a range..

@manny Great respect to your team and local authorities who assisted you on your journey there in your beautiful country. May I know if the readings were legit and accurate? What tools were used? I hope it didn't came from mobile apps as these are unreliable and team members conducted proper (could be manual) to arrive at almost same results? How are these documented in terms of technical readings? Again, well done my friends!

The IIT Mountaineers #TeamPayong Exploration Climb to the summit of Mt. Piapayungan (locally called Mt. Piagayungan) last April 16-23, 2014 successfully recorded the height of the mountain at ground level to be 2894 masl. It is much higher than Mt. Kalatungan at 2860. We would like to propose correction to the top 10 Philippine mountains and install Mt. Piagayungan at 2894 masl as the 5th highest mountain in the country measured at Hadji Ibrahim's Peak. We named the peak after our ever protective MILF Commander who shed sweat and tears in joining us to our journey to the summit and back to Butig, Lanao del Sur in the 7 days exploration climb. Thanks.

hi,can we use the list as reference for our online FB contest?

hi,can we use the list as reference for our online FB contest?