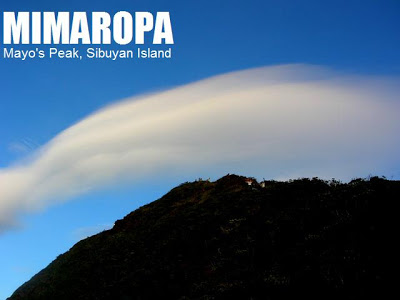 BACKGROUND
MIMAROPA stands for the five constituent island provinces of what was formerly Region IV-B: Occidental and Oriental MIndoro , MArinduque, ROmblon, and PAlawan. All four are accessible by sea; there are flights servicing various points in Palawan. Also, small planes ply the route between Manila – San Jose, Occidental Mindoro as well as Romblon. Being islands, these provinces are famous for their beaches and marine biodiversity. However, MIMAROPA is also amazingly the home to the most difficult climbs in the Philippines. In fact, at least three mountains are classified Difficulty 9/9: Mt. Halcon in Mindoro, Mt. Guiting-Guiting in Romblon, and Mt. Mantalingajan in Palawan. The outdoorsman who plans to climb in this region may want to integrate his hike with various sidetrips involving the region’s attractions. Interestingly, two UNESCO World Heritage sites are found in the region – Tubbataha Reef and St. Paul’s Underground River in Palawan.

COVERAGE UPDATES
The mountains in the site give an ample overview of the region, but we would also love to have itineraries also for. Mt. Baco in Mindoro – virtually unexplored according to DENR men in Occidental Mindoro – would also be a great discovery. 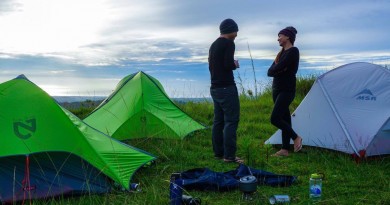 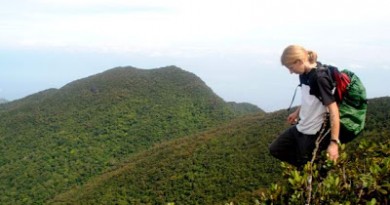 19 Comments on "Hiking in the MIMAROPA Region (Region IV-B)"

You may want to check poh ung MT Iglit National Park. Aside from Mountain view, you can see Tamaraws there.

Hi sir Gid! I hope in your next update of the list of Mountaineering Groups, particularly in MIMAROPA, "Morion Mountaineers Santa Cruz Marinduque Inc." will be included 🙂

Thank you and Godbless you sir.

sir gid.. i wud like to know kung cno pwede mkausap if i go to romblon to visit the mt. guiting guiting.. i am not a prof mountneer but really wud want to see and explor romblon..meron din p bng guide don n pwede mkasaman and any contct num? prompt reply is highly appreciated. tanx po.

Hello, I'm thinking about going to Palawan for 10 days with the idea of getting both, beach (possibly with diving) and hiking / climbing in. Is there any area where both can be easily done? And whom could I contact to find out about organised hikes/ climbes? Thanks!

I've heard Palawan had pretty great beaches. What I haven't heard is Palawan having good hiking and mountain climbing spots. Guess I'll be pretty busy when I visit the island then.