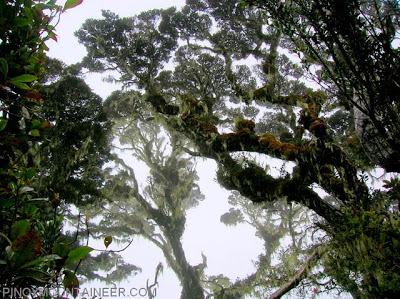 The pictures from last week’s Dulang-Dulang climb by Sir Timmy and his group made me reminisce one of my most exciting adventures last year, a traverse of the Kitanglad Range through its two highest peaks, Mt. Dulang-Dulang and Mt. Kitanglad. The great come-on of the traverse is getting to reach the second and fourth highest mountains in the Philippines in one climb.

Sir Mijan Pizarro, a young but already-veteran explorer who probably knows the Kitanglad range more than anyone, “inserted” me and my fellow Outdoor Society member Siena Ona to the party of the CARE-Iligan who was doing their reunion climb. We met up in Malaybalay, Bukidnon and took a rented jeep to the jumpoff. We were welcomed by the datu of the Talaandig tribe, who graciously received us. We gave him the chickens that would be used for the customary animal sacrifice to appease their gods whose domain we would trespass. Meanwhile, Siena and I retreated to the guesthouse of Binahon Farms where we met Iligan Pride members led by Sir Bambi Guevara. 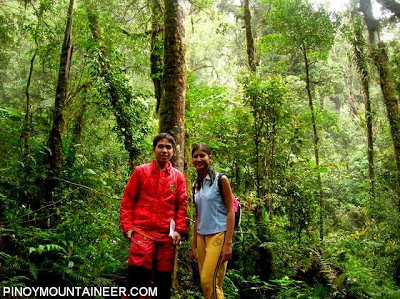 We started trekking early the next morning. The trails were initially wide and the views expansive; but after a few hours we entered the forest. It was truly mystical, and even more so as we went further and higher. Dodong, one of our guides, kept singing Tagalog love songs. In some other place it could have ruined the atmosphere, but in Dulang-Dulang everything seem to blend it perfectly.

By 1700 we had reached ‘Manny’s Garden’ and at that point the forest was so magical. We felt as if we were characters in Lord of the Rings, making our way into an elven forest. Suddenly the fog came, enveloping the complicated details, and through this hazy lens we saw the true beauty of the trees. They were were old and mighty; whorled as if by experience, assuming shapes as though they had a life of their own. Bedazzled, we lost no time in taking pictures, for that was all we could take out of the moment. 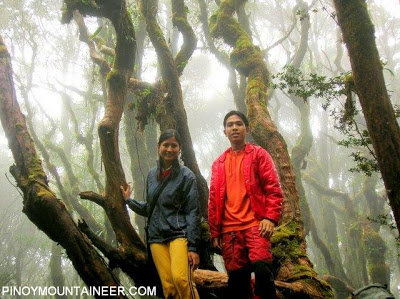 We set camp at Manny’s Garden. The summit is actually just five minutes away and we were already 2870 MASL, at the highest forest in the Philippines. I went up the summit just to see it, and then returned to camp. We had to brace for the coming rains and prepare for a long day.

The next day, after a chillingly cold evening, the summit was spectacular. We hung cords of white cloth in the trees at the summit – a Talaandig ritual. The sky and the mountains were all blue, and I could see as far as Mt. Apo, rising above the southern horizon. Kitanglad loomed to the northeast, and I could also glean the seemingly-precarious trail we had to go through in order to reach it later that afternoon. 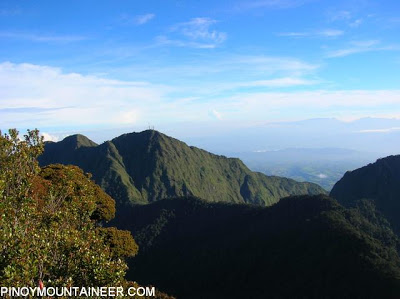 We began the traverse at 0800H. Plummeting down the ridge, we bade farewell to Mt. Dulang-Dulang, the second highest peak in the Philippines. Our next destination was Mt. Kitanglad — but it was still a long way to go. The adventure continues in the next article in ‘Hiking matters’!

congrats and more power to ur site!