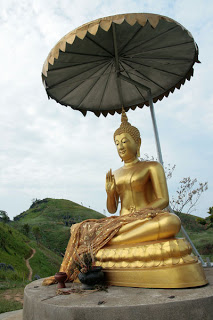 Another beautiful mountain viewpoint in Chiang Rai province in Northern Thailand is Doi Pha Tang, also at the Thai-Laos border. The winding roads leading to this 1635 MASL viewpoint offer some breathtaking scenery, and of course some cool mountain weather. Part of the Pha Daeng National Park, the mountain is 25 kilometers north of Phu Chi Fa, the more popular peak I wrote about in Chiang Rai. These two northern peaks can be covered in a single trip from Chiang Rai.

What attracted us to Doi Pha Tang is a chance to see Mekong River. Standing at the border between Thailand and Laos, it enables not only views of this majestic river which traces its roots from the Himalayas; but also the verdant mountains of the Luang Phrabang range. When the eastern sea of clouds part, these sights are revealed. 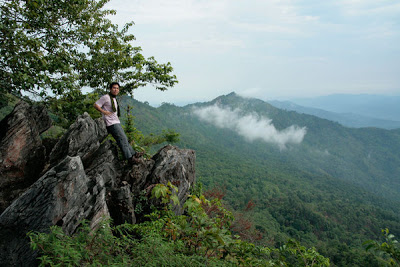 The unique heritage of the ethnic Chinese people – the Haw, the Hmong, and the Yao peoples – also make Doi Pha Tang a unique place to visit. This mountain also has a deeper historical significance. It was a key frontier during the Cold War. An article at Far Eastern Economic Review says of Pha Tang: “In the 1960s and 1970s, United States forces used it as a base for their “secret war” aimed at countering Lao support for communist Vietnamese forces. In later years, fighters based here helped the Thai army defeat communist insurgents.” The article goes on to describe how vital Pha Tang was for subsequent struggles – definitely it was a venue where history unfolded. 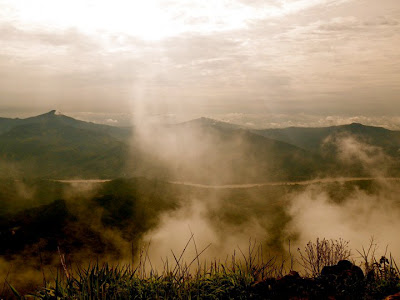 The hike is very relaxing and easy (Difficulty 2/9 in our standards); the views are scenic and well worth the 160-kilometer trip from Chiang Rai. Rock formations grace the mountain, and one particular rock formation is called the “Gate of Siam” which was literally where spies and soldiers crossed the border. It was a most breathtaking spot (I’m still wondering why we didn’t take pictures of it!) There is a higher mountain, Doi Puk Phak Ka, 1794 MASL, it is not easily accessible, but certainly there are many options for hiking in Northern Thailand. Hopefully when I go back I can also see the Thai cherry blossoms that the locals take pride in. 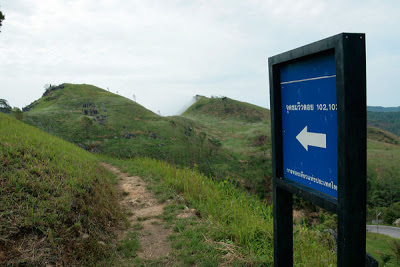 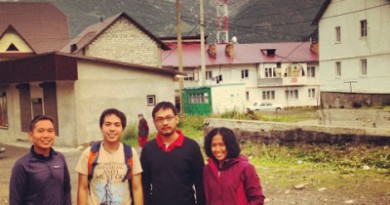 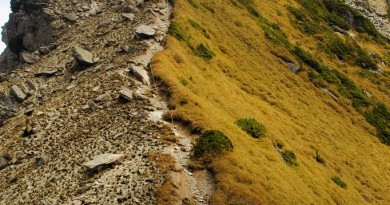