CHIANG MAI, THAILAND – Now on our last day in Thailand we went up Doi Inthanon, the highest peak in Thailand and the so-called “Gateway to the Himalayas”. This mountain would distinguish between people who love to climb mountains as a sport (the more difficult and the more challenging, the better), and those who love to climb mountains for the sheer joy of reaching them (the more beautiful and the more diverse, the better). Most of us will fall in between, but Doi Inthanon will disappoint those who belong more to the first category.

Why? Because it takes just 50 seconds to reach the top from where your vehicle can park. And this ‘trail’ is a staircase. 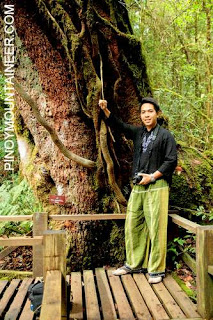 Yet, the mountain is a refreshing change from the otherwise oven-hot temperatures of Indochina. The mossy forest has been successfully preserved, and the birds thrive in great number – perhaps this is a persuasive argument that tourism and natural beauty can co-exist. Yet, the development of Doi Inthanon has deprived the Thai of a high mountain to climb. It is already the highest peak at 2564 MASL; all the other scenic spots have been made accessible by a network of cement roads and easy footpaths.

This leaves the hiking enthusiast in Thailand with no choice but to head elsewhere for a true challenge. I hope to be proven wrong in the future, but I left Thailand with the impression that there are no serious, major mountains to climb in the country.

Still, Thailand has its own charms. And in spite of the chaos in Bangkok, both actual and perceived, it is a beautiful country, replete with ancient monuments, a living tradition manifest with their reverence for their king. Mt. Inthanon is a good illustrtation: The statue of the king stands at the top of the mountain, and no one can actually go to the very top. This is powerful symbolism that no one is above the king; he is at the very apex of his country. Then there are two shrines in Mt. Inthanon, the Queen’s Pagoda and the King’s Pagoda (there are even elevators in these shrines!). They point to the sky, beautifully and uniquely, reminiscent of the chedis of Ayuthhaya. Before going back to Chiang Mai, we visited the Wachirathan waterfall along the slopes of Inthanon. 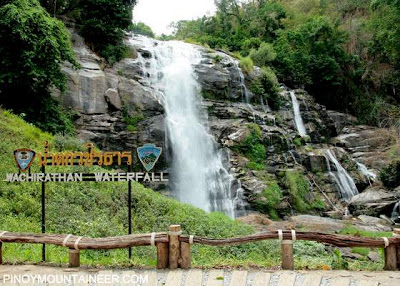 Meanwhile, Chiang Mai is a beautiful city; we got a very nice hotel near the night market and I can’t wait to get some bargains later — and my last bowl of tom yum goong before I return to Manila. This is an advance article: we visited two other mountains in Northern Thailand: Phu Chi Fa and Doi Pha Thang. I will just write about them later when I get back to Manila. I have some backlogs for the Indonesian mountains as well!

I hope the next time I visit the North, I could catch a glimpse of the Thai Sakura and the fabled sunrise of Phu Chi Fa. But since serious mountains are my favorite destinations, perhaps Fan Xi Phan (Mt. Fancipan) in Northern Vietnam may be my next target in Indochina. It’s the highest in the region, after all! 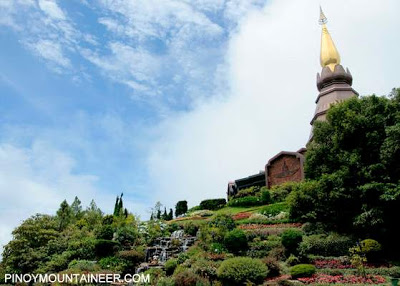 Photos courtesy of Julian Canero of the UP Med Outdoor Society. 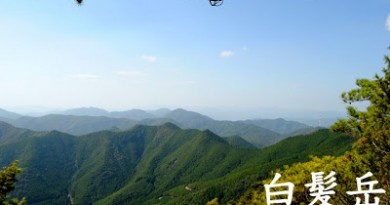 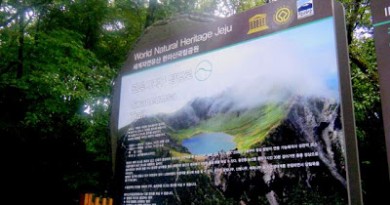