The initiative to set up a long-distance trail in the Philippines has been taken up before by the likes of Boboy Francisco, Regie Pablo, Sky Biscocho, and many others, who imagined an “Appalachian Trail of the Philippines” traversing through the length of the whole Sierra Madre. Also, a long time ago, at the behest of Imelda Marcos, a Leyte Mountain Trail was organized, very much ahead of its time. According to our friends in Tacloban, this mountain trail has been wiped off. Of late, these long-distance trails have also been a favorite topic between me and Chris, my American hiking buddy who speaks highly of the long trails in America and Europe.

I think that with the emergence of hiking as a mainstream recreational activity in the country, it is about time that we rekindle interest in the establishment of long-distance trails. Right now, unfortunately, the longest hiking trails we can offer are single-mountain trails, and at most, two-or-three mountain traverses. The longest climbs I’ve done in the Philippines are Mt. Mantalingajan in Palawan and Talomo-Apo Traverse, four days apiece, though they can easily be week-long treks. These are nothing compared to the 5-7 months of the Appalachian Trail, or even the two weeks of Corsica’s famous GR20.

I see long distance trails as the next step in our development as an outdoor country. Surely, this will also promote a lot of interest, both local and international, in our highlands, and will also be a very potent deterrent to illegal activities, including illegal logging, in the areas covered by these trails!

What are good places to start? Let me think out loud and mention some ideas:

1. The Cordilleras. A Cordillera Mountain Trail can be a circuit, a loop, or a traverse from North to South or West to East. It can start off in Kalinga, go through Mountain Province via Mt. Amuyao, then to Ifugao via Mt. Napulauan, connecting to Pulag and ending in Mt. Ugo. If so, this has the potential to connect all four of the great cordillera traverses (Pulag, Ugo, Napulauan, Amuyao)! On the other hand, a West-East Traverse can take advantage of the local routes that start from Ilocos Sur and La Union, crossing over to Bakun, Kibungan, or even Besao. Then the trail can head eastward via the mountains of Benguet and Mountain Province, terminating perhaps in Mayaoyao via Mt. Amuyao. The advantage of starting in the Cordilleras is that most of these trails are well-documented; and also, except for certain areas, security is more or less assured.

2. The Ilocos Region – A “Luzon West Coast Mountain Trail” can very well include the grand and beautiful mountains of Ilocos Norte, starting from Adams, then crossing over the high peaks including Mt. Sicapoo, going down to the Ilocos Sur, La Union, and Pangasinan, culminating in Mt. Tapulao in Zambales. Aggie and Archie — I hope you’re reading this!

3. The Sierra Madre. Like I mentioned earlier, many people have looked into this in the past and I am confident that sooner or later, a group of hikers will be able to do this: a north to south traverse from Cagayan to Quezon, passing by the mountains of Maconacon and Palanan, then those of Aurora, finally ending in Quezon, perhaps in Infanta or even all the way to Mt. Banahaw. The rewards of this sojourn would be the flora and fauna, and the interaction with the Dumagats. However, security will be a problem. On the other hand, perhaps the establishment of a Sierra Madre Grand Traverse Trail is what we need to fight illegal logging in the area!

4. Bukidnon Circuit – There are so many high peaks in the Kitanglad Range, as Mijan and Johannes have explored, and all these can be potentially linked into a Kitanglad Range Circuit, starting in Mt. Dulang-Dulang and ending in Kitanglad, but instead of directly traversing, a loop via other high peaks such as Maagnaw and Tuminungan.

5. Palawan – Practically, the central axis of Palawan island is riddled with mountains, from the El Nido area all the way to Bataraza. A trek, for instance, from Cleopatra’s Needle all the way to Mantalingajan would be a totally wild experience, in what can be called a Palawan Central Spine Trail. Considering that Palawan’s tourism is now on the rise, the potential of these trails for eco-tourism must be explored.

I am sure there will be many others; practically, each of the major Visayan islands can have some form of a long traverse. I will not be able to fall asleep out of excitement, if I am to think of all the possibilities!

What we need to set-up these trails are the following:
(1) Strategic planning and laying out the trails on paper
(2) Individuals who are willing to pioneer and document the climb
(3) Local hiking clubs / Groups who are willing to maintain the trails
(4) Support from local and national government

I am very supportive of initiatives and efforts that will lead to the establishment of long distance trails. I want these efforts to be cooperative, putting together various hiking clubs and individual hikers together with indigenous peoples, local government units and local tourism boards, the DENR, and all concerned. Should there be interested groups or individuals who have ideas about this, or wish to be involved, feel free to correspond with me at gideon@pinoymountaineer.com. 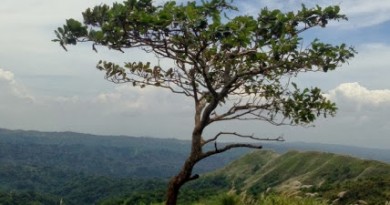 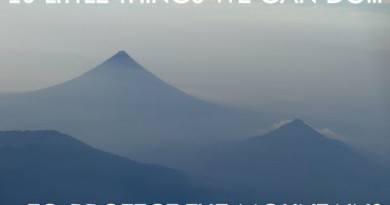 Please share: Ten little things we can do to protect the mountains

9 Comments on "Essay: Outlining my vision for long distance trails in the Philippines"

Can we please make this happen?

dozens of these areas has trails that already exist.mainly utilized by rebel forces or logging groups. it cannot be denied that some trails were even made by generations of guerillas traversing the area in the Sierra Madre as it was dubbed "the Red Hallway". ( note that these rebels move primarily from province to province thru long distance hiking ) i.e. their presence are expected at these trails.

country side insurgency can not prevent mountaineers seeking new hiking destinations but it is likely a challenge how to deal with.

securing permits:
govenment offices will not likely issue a climbing permit if there is a certain unrest in the area.

the presence of either govt troops nor communist guerillas was never a problem. the presence of both in one area is. though some cases like what happen to the group of Botanist Leonard Co is one of the dangerous possibilities of being mistaken as rebels by the soldiers.
i heard stories from a friend that their hiking group was inspected by an army patrol group because they have big packs. rebels also banned the use of mountaineering looking packs in their rank so as not to add to the confusion. Regarding territorial issues, it cannot be denied that these rebels have gained influence if not control to some of the areas. therefore the need to inform them through locals that there is a mountaineering group traversing the trails is a good safety move whenever govt bodies is not cooperating or cannot give an analysis regarding trail safety.

these were only some of the collected understanding regarding hiking when venturing in areas where there is a possibility of armed conflict. it does not mean that this is what we must always do. i think we should start discussing this in our mountaineering topics for it could be a crucial matter attached to establishment of long trails here in the philippines.

thanks for your blog sir Gid as it serves as an open database for us.
may safety be with every outdoorsmen.

Sir Gid, after their successful Sierra Madre trek dedicated for the late sir Leonardo Co and what he stood for conservation of Philippine biodiversity, the Palanan Co Sierra Madre Trek is looking forward to the north-south, 600-km trek of the Sierra Madre mountain range from Sta. Ana in Cagayan to Mt. Banahaw in Quezon.

God bless the Philippine mountains and its children, the mountaineers 🙂

Hi Gid! You know I'm always reading your blog! 😀 Arch shares your vision of an Ilocos Trail and it's exciting to know that this could actually be done – and soon.

Keep us in the loop Gid, we'll update you too from our end.

been talking about the same topic with my friends. Glad to know we share the same views. I think the guys who established the Bontoc circuit also had the same thing in mind.
I always wanted to do a long hike in the Philippines 🙂