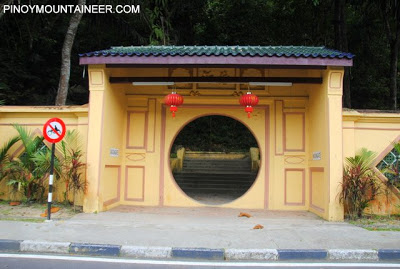 GEORGETOWN, MALAYSIA – Yesterday, I did the dayhike up the famous Penang Hill, also known as Bukit Bendera, the highest peak of Penang Island here at the westernmost tip of Peninsular Malaysia. Penang Hill is actually reachable by private vehicles and funicular (train)! However, I decided to take the trek up, via the Moon Gate Trail, so called because the trail starts by entering a moon gate! (see picture). 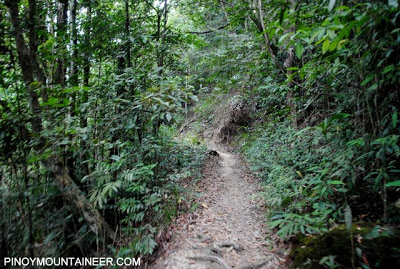 From the KOMTAR Bus Station at the tallest building in Penang, I took Bus No. 10, which has the Penang Botanical Gardens as its last station. There are trails from the Garden itself, but just 50 meters before the bus stop, to the left, lies the Moon Gate. Based on my research, the ‘Tar Road’ trail from the Garden is all rough road to the top, which I didn’t want; I went for the Moon Gate, which offers real mountain trails. 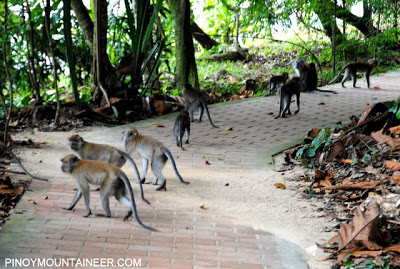 Monkeys welcomed me, and I began the ascend up a beautiful forest. The trails were gentle, reminiscent of Mt. Makiling at the initial leg up the Nursery – but without those feet-crushing rocks. The forest, too, was amazingly pristine and very much alive with the buzz of insects and birdcalls. 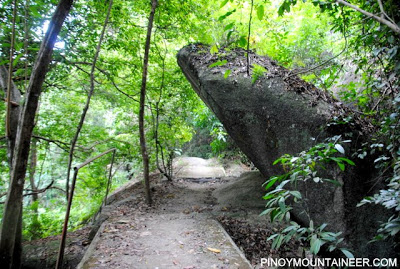 The abundance of fauna in that side of Penang Hill was astounding; there was always the sound of something creeping or crawling whenever I would pass by; and I literally saw dozens of birds, of different colors and sizes, but they were too elusive for my camera! However, I was able to spot a black giant squirrel (Ratufa bicolor) as I neared the summit! 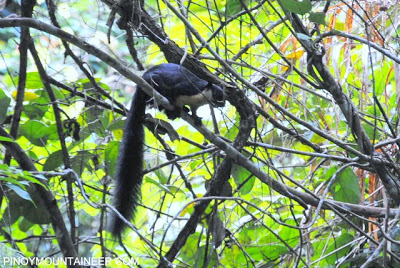 Aside from the fauna, an attraction of Penang Hill is the panoramic view it offers of Georgetown and the rest of Penang, and even the tip of Peninisular Malaysia. Rising prominently at the heart of Georgetown was KOMTAR Tower, the tallest building in Penang and the sixth tallest in Malaysia at 231 meters. 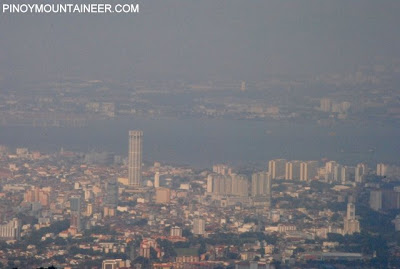 The footpaths eventually connected to the ‘tar road’ which I followed all the way to reach the summit area, which is actually more of a commercial center than anything else, with a museum, a hotel, food and souvenir shops, and temples. As someone who prefers pristine, natural views, like that of Bukit Tabur in KL (Hiking matters #195), I didn’t spend too much time visiting or taking pictures of those attractions. 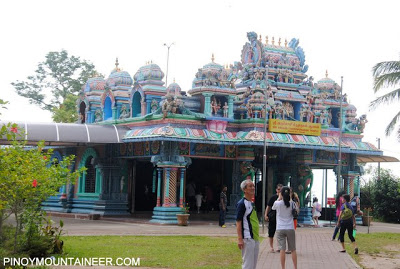 Instead, I headed to the viewdecks to check out what can be seen from the top of the hill, and I also bought a one-way ticket for the historic funicular, which is itself an attraction of Penang Hill. Seeing how well-developed the summit area is, it’s hard to imagine that I trekked for almost three hours to get there! 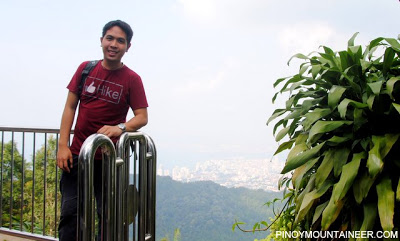 Finally, I rewarded myself with the dessert that Penang Hill is famous for: ice kacang, also known as ABC or air batu campur. This is very much like our halo-halo, except that it has a different kind of jelly on it, and they actually put nuts to go with it. I still go for halo-halo since it has my favorite ube, but I’m starting to like ice kacang. At any rate, it’s the start of my Penang foodtrip! Terih makasih, Malaysia, for your nice treks, I hope to finally do longer ones like Gunang Tahan and Transtitiwangsa in the future! 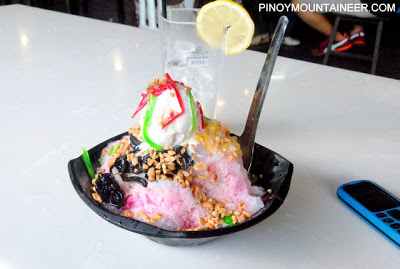 Penang Hill is very accessible from Georgetown; simply take Bus no. 10 from Komtar to its last stop (RM 2). You can go down the same way and wait for the bus at the Botanical Gardens, or take the Funicular to Air Itam and take another bus to back to Georgetown. 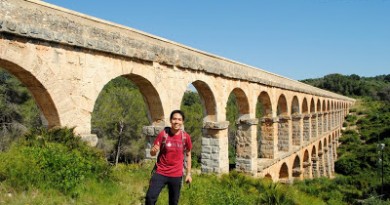 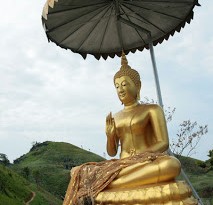 I did a solo hiking here in Penang Hill on December 29, 2013 i try the Moon Gate – Tar Road Trail. I level it for difficulty to moderate for the steep trail & finished it for 4+hrs of trekking. This is my 1st time to hike here & i'm sure this is not the last because i will try again this month new year January 2014 the Youth Park Trail to start the hike & do it monthly alternately. Susulitin ko pag akyat ko dito hanngat meron pa ko project dito & exercise na rin para paguwi ng pinas may practice.

I did a solo hiking here in Penang Hill on December 29, 2013 i try the Moon Gate-Tar Road trail. I level it for difficulty for moderate for steep trail and almost 4hrs of trekking. This is my 1st time to hike this mountain and i'm sure this is not the last because i want to climb monthly on this mountain & my home is very near here. I will try this month the Youth Park Trail for start of the hike. Lulubusin ko ang pag-akyat dito hanggat meron project pa yung company ko dito saka exercise na rin para pag-uwi ng pinas may practice tayo.

Will do this trail in a couple weeks. Thanks for the info. If you ever make it to Krabi, Thailand, I have a good trail for you. Go Up It (.com) is my website for Thailand climbing trails and steps. Cheers!