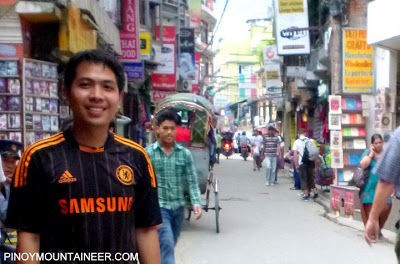 LEH, INDIA – When I announced to my friends that I was finally going to Kathmandu, their advice was for me to bring a lot of pocket money, as the outdoor shops would prove irresistible.

Indeed, Kathmandu, particularly the Thamel district, has the highest density of outdoor shops I ever saw: the narrow, winding roads are surrounded by outdoor shops offering all sorts of gear, from Everest-grade plastic boots to “Gore-Tex” everything, including hats, socks, and pants. 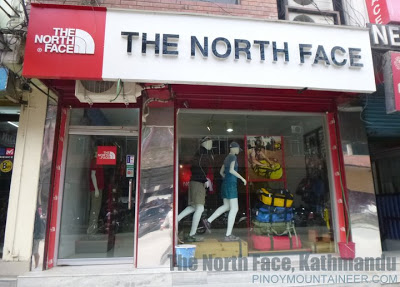 And I have to confess that I ended up buying some stuff, including the crampons and ice axe that I would need for future expeditions. I also bought small items like a silver rain cover for my daypack, a 30L dry bag that comes very handy, a poncho, and a balaclava. Coby got a real bargain of a -15 C sleeping bag for only 1200 NPR (600 pesos)!

1. Bargain hard. In our experience, most of the time, around 20-40% can be shaved off most of the gear. If you intent to get 30% off, ask for 50%. Don’t show too much interest in the gear so they will give a better price. Also, since there are so many shops, it won’t hurt to canvass.

2. Not everything is original. There are so many imitation products in Kathmandu, and you would feel like it’s Saigon all over again. On the other hand, there are also The North Face, Mountain Hardware, and Mammut boutiques, but they are very expensive. I doubt the authenticity even of the so-called “waterproof” clothes and duffel bags, so take their claims with a grain of salt. Usually, the cheaper ones are fake, but depending on your standards, some of the gear can be really clever imitations, and might work just as fine in the trails. 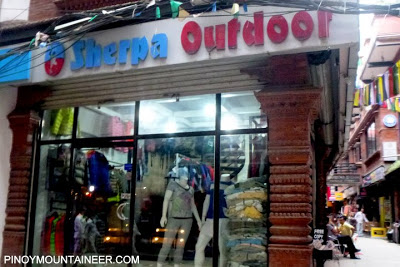 3. Not everything is brand-new. Since Nepal is the hiking capital of the world, many people just leave their gear there, or give it to their guides, so they end up in Kathmandu. You can get these gear cheaper, but examine them closely for any signs of damage. 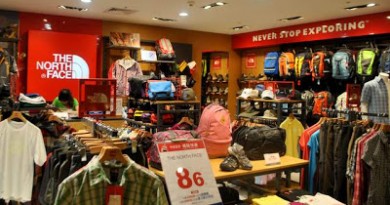 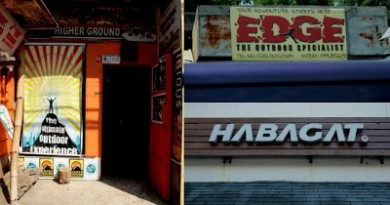 Hiking matters #113: A tour of mountaineering and outdoor shops in Davao City

The North Face branches in the Philippines