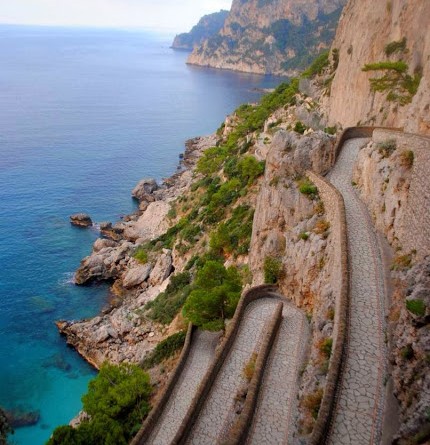 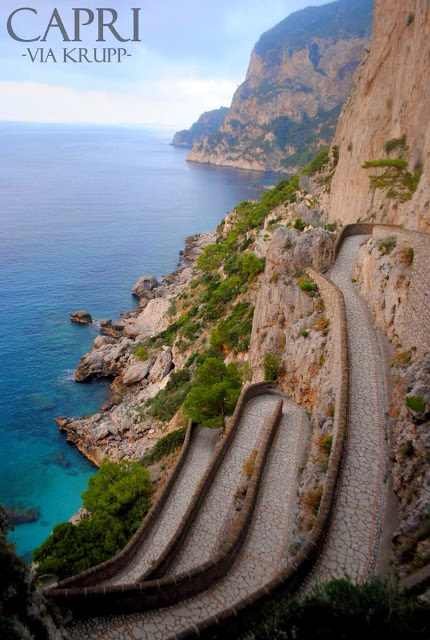 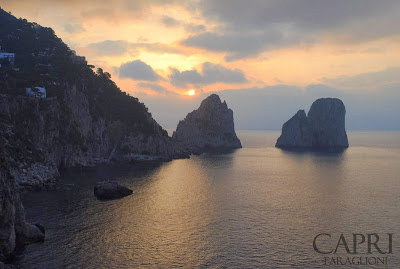 I was rewarded with views of the sunrise just as I had finished trekking down the winding path. And I then I continued walking towards the direction of Marina Piccola – the ‘small port’. Along the way the path remained mesmerizing as the sun illuminated the coastline. I also came across a park where an image of Lenin was on display – apparently the Soviet Union founder also stayed there. 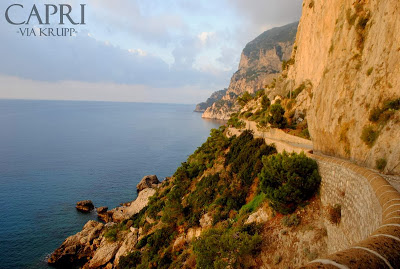 I walked further until the scenic trial gave way to the village in Marina Piccola. I made a right turn to connect back to Capri where I was staying. Along the way I saw cloud-capped Monte Solaro, and the same streets lined with villas and boutiques that make for a distinctive feel of Capri. My entire morning peregrination took just over two hours, and I was back in my hotel in time for a late breakfast. 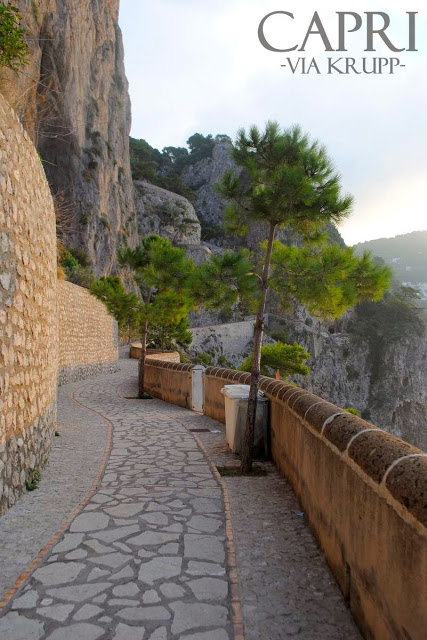 It would have been very nice to stay for one or two more days in Capri and explore the other sights: Villa Jovis, the lighthouse on the southwest, and more, all by foot. But that unfulfilled desire to stay longer is exactly the stuff that makes places special. When I took the ferry back to Naples on that day I knew that I will always cherish my two days in the island of Capri. 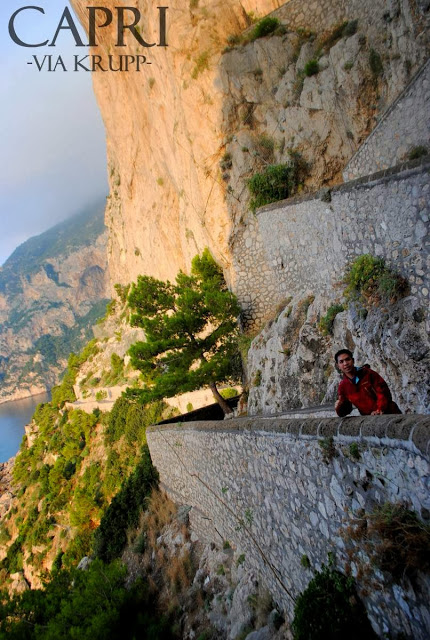 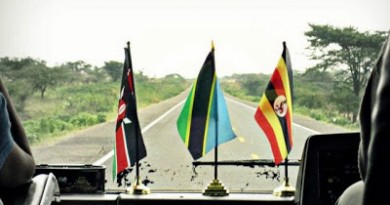 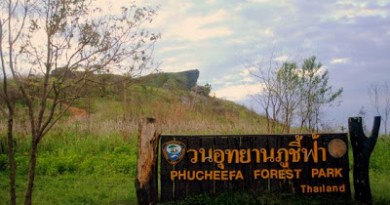 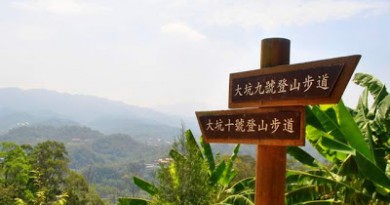