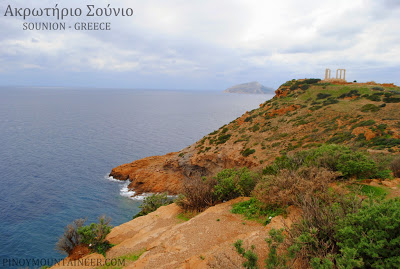 Last weekend, I went to Athens  and made two very fantastic daytrips from the Greek capital: The first was to Cape Sounion (Aκρωτήριο Σούνιο) – the site of Poseidon’s Temple. The second much longer trip was to Delphi, site of the renowned Oracle, and one of the most important places of the ancient world. Both these two involved some hiking possibilities, and even though I wasn’t able to make the most out of them, given the lack of time and bad weather, I had enough to make my feet happy and my mind brimming with beautiful memories. 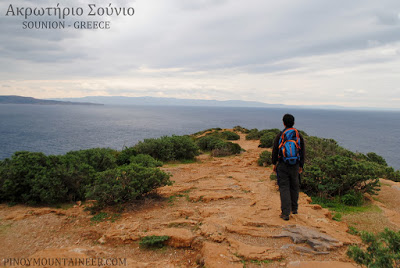 Cape Sounion is about 70 kilometers away south of Athens, at the tip of the Attica peninsula. Its pedigree transcends myth and history: it was mentioned in Homer’s Odyssey, and it was the place where King Aegeus waited for his son, the hero Theseus. With rolling hills and dramatic cliffs reminiscent of the Batanes islands, it was a great choice for erecting the Temple of Poseidon – which still stands after more than two millennia. For my visit to Sounion I was joined by Mai Taqueban of the Loyola Mountaineers; we met three kababayan in Athens and we all decided to take a cab together (Shoutout to them!). 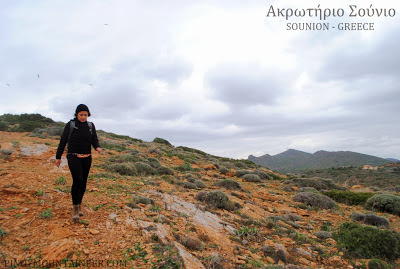 Upon arriving at Sounion, instead of going directly to the Tempe of Poseidon, Mai and I first explored the Eastern Hill, which has some trails that take take you to the dramatic cliffs. Amazingly, the you could see the island of Crete from a distance. King Aegeus would definitely have seen Theseus coming, since he slew the Minotaur in Crete. Of course, we all know the story that Theseus, instead of putting white sails that signify victory, let the black sails remain unfurled, causing the King to think that his son had died. In his despair, he fell off the cliffs, drowning in the sea that now bears his name. 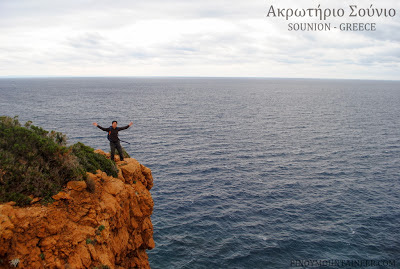 We walked around the hill and marveled the beauty of the place, and how steeped it was in legend. It is actually a very hike an easy trek and given sufficient time one can explore more of the peninsula. But confronted with the splendid views of the Aegean, and Crete, and the coast – I decided that I was better off gazing at the sea, imagining the approach of the ship with black sails… 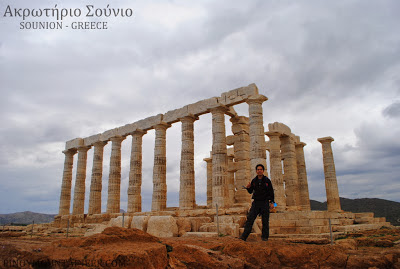 Finally we trekked back to the Temple of Poseidon. It was not as grand as the Parthenon, but the sea that surrounds it invested it with a pathos that was made more poignant with the clouds and light rain that reminded us that it was time to go back to Athens. So beautiful was the experience that I felt I could say, with Lord Byron, the verse he penned upon his visit to the very place:
Place me on Sunium’s marbled steep,
Where nothing, save the waves and I,
May hear our mutual murmurs sweep.. 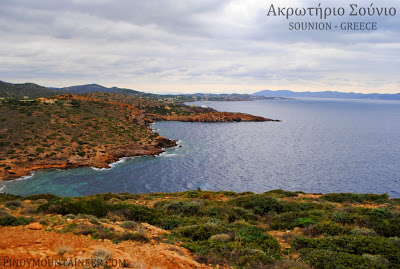 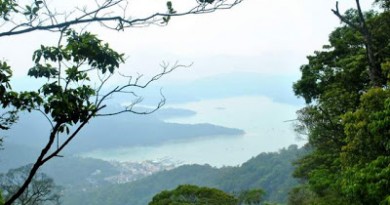 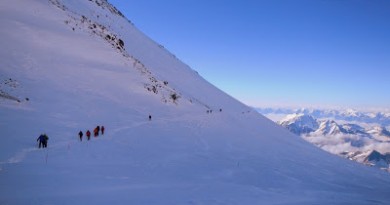 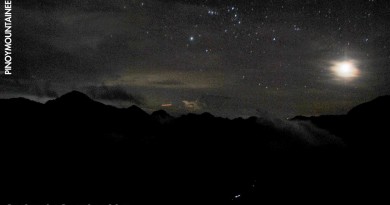