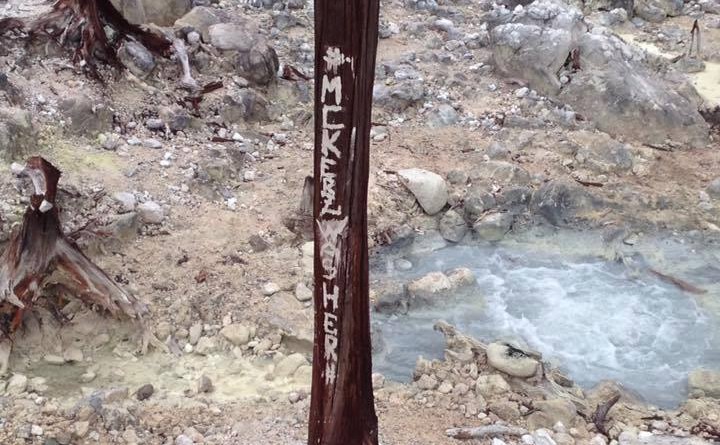 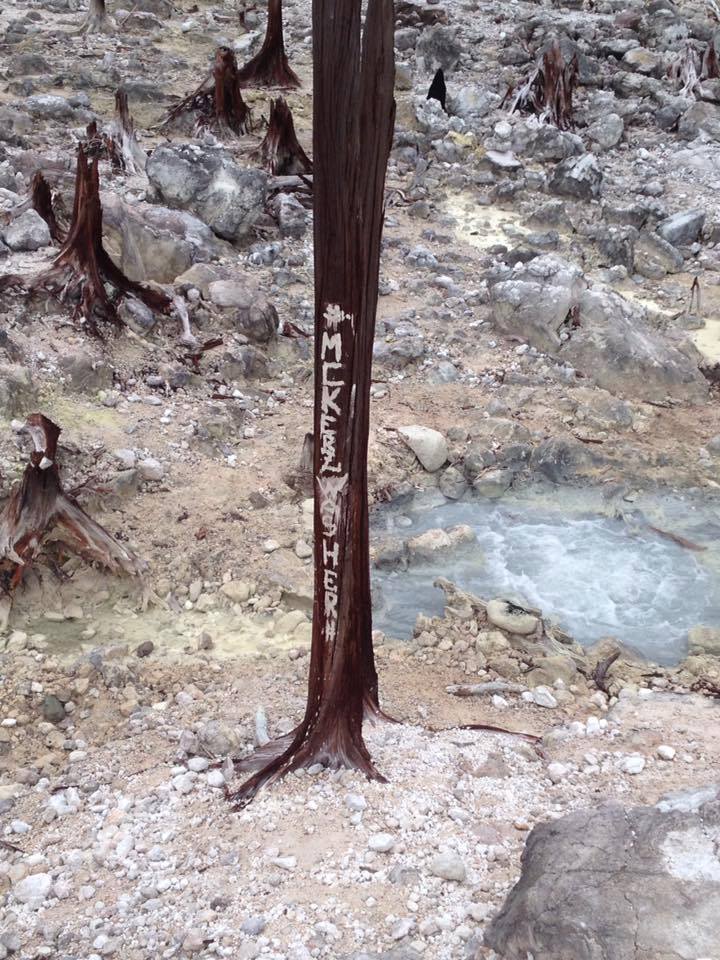 I was just sent a photo showing the Philippine flag near Mt. Arayat’s South Peak vandalized with various names.

I am not going to post the photo here because doing so will do further dishonour our flag – and incite unnecessary hate. (These are some of the editorial decisions one in this age of social media)

So I am instead sharing this photo from Kurt of Cuernos de Negros Mountaineers showing a vandalized tree in Mt. Talinis to show what vandalism is and what it does to the vandalized object and its surroundings.

In the past, vandalism was people’s way to be remembered; of making their mark in the places they visited. When I was in Greece, I was surprised to see that even the famous British poet Lord Byron vandalized some ancient ruins with his name.

Photography changed that: there is no need to make your mark in the places you visited as evidence of having been there. A photograph – and for today’s generation a selfie – will suffice. This, I think, is one of the reasons why vandalism has dwindled.

But not completely. For one, many people still don’t have cameras. And many have not been educated about the importance of preserving nature the way it is.

From Cagua Volcano in Cagayan and Pico de Loro in Cavite to Mt. Talinis in Negros and Mt. Apo in Southern Mindanao, we see rocks, trees, and even – as I saw today – a flag vandalized.

This is very unfortunate. Vandalizing a tree may not be as bad as cutting it, but at the minimum, vandalism is a crime against beauty. Moreover, vandalism is a desecration of the integrity of things. When a helpless, defenceless tree is defaced, there is violence both symbolic and substantive of humanity’s penchant for subduing (and destroying) the rest of the natural world.

Perhaps saying these things is like preaching to the choir, since most of the people who will be reading this are readers. But even so, if I’m talking to someone who has done any kind of vandalism, please understand that it’s very wrong to do so.

And for the rest of us, let’s discourage others from vandalism by serving as good examples – and calling them out when we see them. Or privately confronting them, and, as a last resort, reporting them to the authorities. (To those sending me vandalism photos: I appreciate them, but personally, I’m not in favor of using social media to shame people – one can easily vandalize a tree with the words ’Koi Grey’ and posting it will be unfair to him since it could very well be someone else who wrote it.)

Ultimately, vandalism is a reflection of our collective attitude towards the natural world, and consequently, its fate, since it lies in our hands. When we learn to leave nature the way it is, that’s the time when we can hope that the trees that dwell in our mountains have not been marked for destruction. 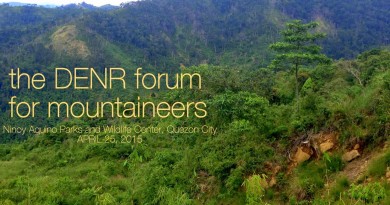 Updated: The First DENR Forum for Mountaineers on April 25, 2015!