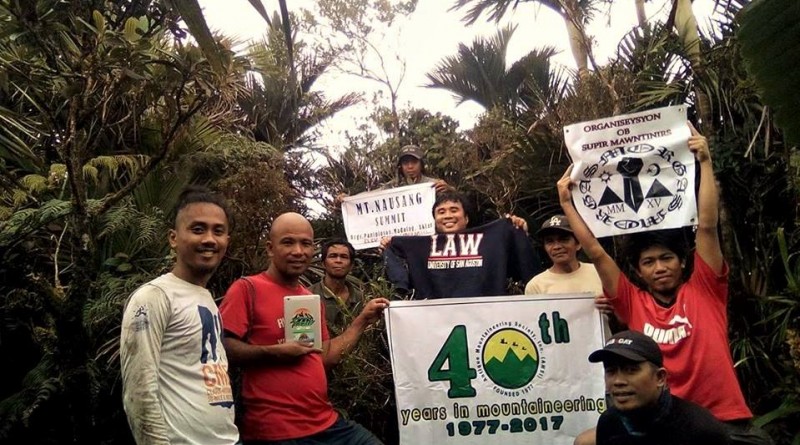 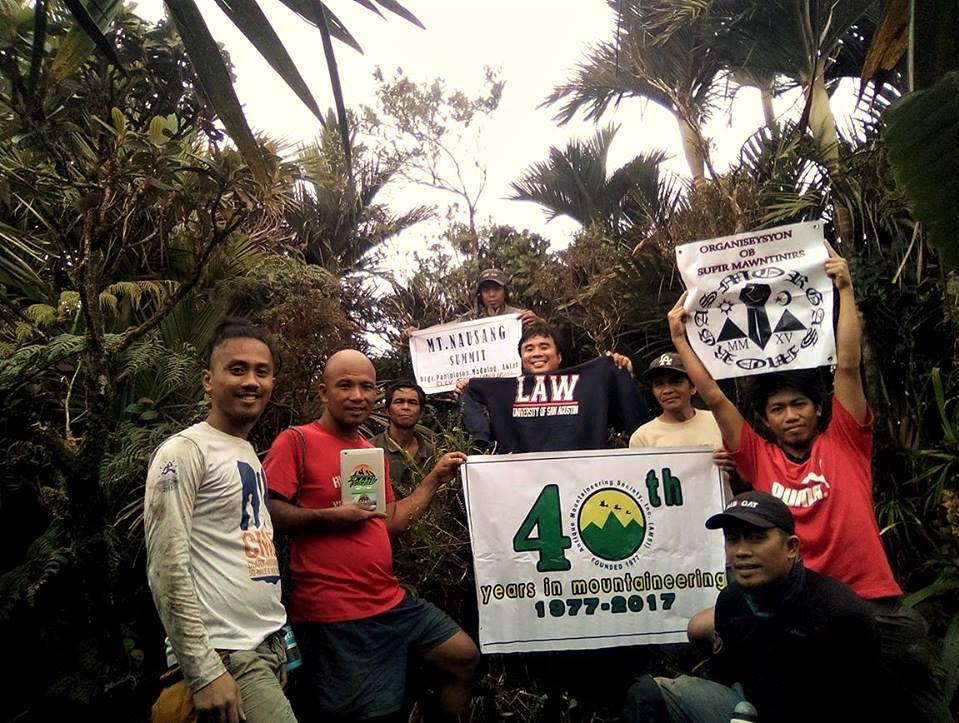 The Antique Mountaineering Society, Inc. (AMSI) has reported a successful ascent of  Mt.Nausang (locally known as “Nausan” ) in Madalag, Aklan on April 9, 2017. Measuring 1464 MASL, this mountain is the highest peak in the province. Six mountaineers were joined by three locals belonging to the Akeanon-Bukidnon community. The hikers included Paul Francis Fano, Thelmo Fano, EJ Aniñon, and Sonny Estolloro of AMSI, Kevin Jauod of ORGASM, Jonathan Sulit of Talahib, while the three guides were Romeo Gregorio, Herminio Arias, and Delberto Nabas.

The mountaineering club, which is also celebrating its 40th anniversary this year, described an “unexplored summit covered by dense forest teeming with wildlife.” They added that the climb “is aimed at helping the Akeanon-Bukidnon community of Brgy.Panipiason in Madalag,Aklan established an alternative livelihood project through mountaineering events.” Paul Fano stressed that the hike is “just the first phase…we will go back to train the guides.”