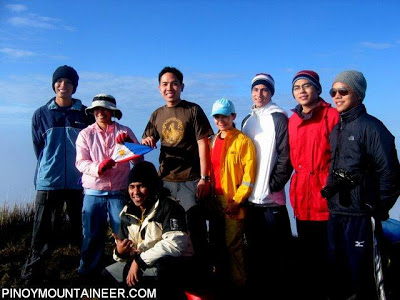 Most of the time I climb with small groups because there is usually no time to invite others, and I’ve always found it more convenient to go at once rather than wait for the numbers to swell. I’m a sporadic guy who celebrates spontaneity. And many times, my passion for mountains can make me willing to endure loneliness just to climb a mountain I want to climb (such as Mt. Apo or Mt. Mantalingajan in Palawan).

And why burden yourself with responsibility? A mountain is best enjoyed if you have no worries. However, through the years I’ve shrugged off this thinking. Enjoying a mountain is one thing, sharing it is another. Besides, even in small groups I’ve always found myself organizing climbs. As founding president of the UP Med Outdoor Society, I would rent two jeepneys for dayhikes such as Pico de Loro, Romelo, and Batulao. I also organized a Pulag climb for my brods last year but there were just 12 of us. 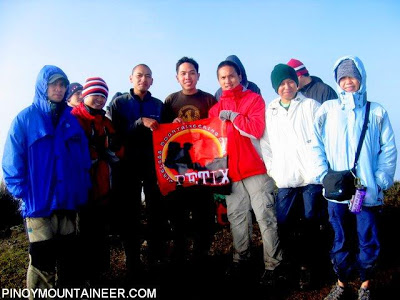 The Charity Climb was thus a personal leap. It was the largest climb I’ve ever organized – 83 participants in all including myself – so it was really a great moment to be at the summit of Pulag that Sunday morning. The bulk of the group was still there and a lot of pictures were taken.

Unfortunately, I didn’t the chance to interact with all of the participants. It would have been nice to have a ‘socials’ that night but the chilling drizzle forbid it – on the next Charity Climb there should definitely be more interaction among participants. 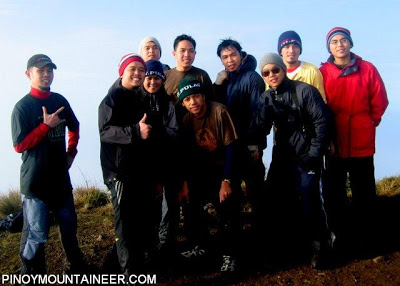 Aside from the picture taking, I tried to measure the elevation of Mt. Pulag using my GPS receiver (Garmin E-trex Legend) and it revealed a high of 2935 – three meters short of Mt. Dulang-Dulang. Officially though, the elevation is 2922. The campsite was around 2716m and Ranger Station is at 2440m. On the way down the trail was still slightly muddy but the weather has improved. With all the stress of the climb gone, I could already appeciate the pink ayosep flowers that graced the trail, as well as the other flora of the mountain.

Back in Ranger Station we raffled off some items: two pairs of Hi-Tec shoes, some shirts, caps, water containers, and travel packs. Sorry to disappoint those who were expecting a Deuter bag to be raffled out — but in the next Charity Climb you can expect more and bigger prizes! 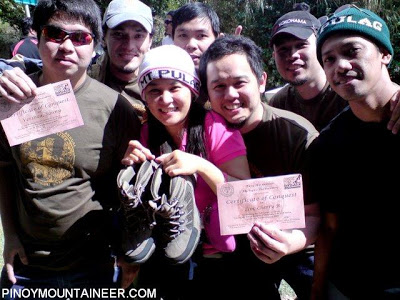 We reached Baguio at around 1900H. At Pizza Volante in Session Road, I asked my friends: “How do you measure the success of a climb?” Daniel the Climb Secretariat – ever wise – answered that there are 2 S’s of success: Safety and summit. A successful climb, according to him, is one in which there was no untoward accident, and where the summit is successfully reached.

There is a third S, I replied – smiles. The real measure of a climb’s success, I argued, was whether the participants enjoyed it. Because in the end, that is the ultimate reason why we climb: to enjoy ourselves, to enjoy the company of others, to enjoy God’s creation… 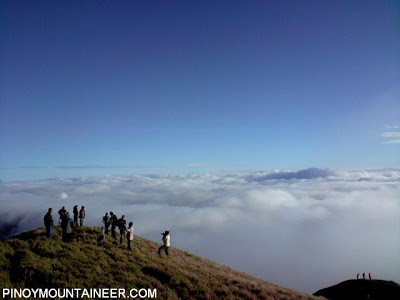 It is up to the participants to decide whether the 3 S’s have been met. Safety, summit, and smiles – may this always be in my mind whether as an organizer of participant of a climb. And I hope they are all met whenever climbs are held. Moreover, it is not only a mark of a successful climb, but of every climb, that outdoor ethics should be followed. 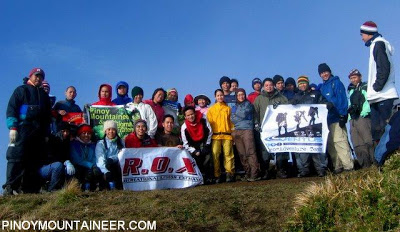 Endnotes: No climb is perfect and there were some glitches too in the Charity Climb. Pulag was misrepresented as the “third highest mountain in Luzon” in the climb certificate – something that is unforgivable! And we should have layouted the campsite in a way that would have gathered the participants closer and thus provided more interaction. Sorry for the transporation delays and other shortcomings, I hope you will bear with us and we will try to make it better next time.

It was nice to have met Sir Buboy Francisco of UPM – a pillar of Philippine mountaineering. I hear that some UPM members gave advice and tips to the beginners in our group — many thanks to you guys!

Thank you Daniel Dellosa, Climb Secretariat, for facilitating all the participants in the climb; thank you Pinggoy Danguillan and Jonathan Santos for the logistics and transportation and more; and thank you to the rest of my brods who helped me organize the event.

One last thing – I love the shirt! Thanks to Ulysses Gopez for the design! 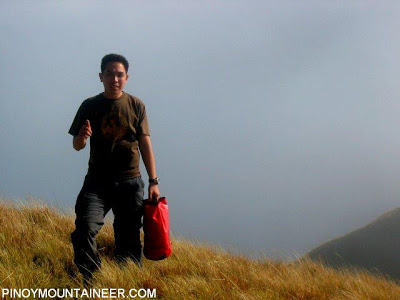 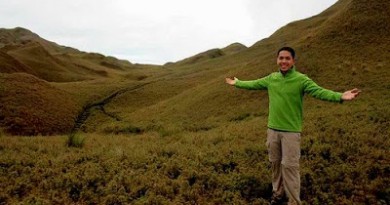 Hiking matters #183: Mt. Pulag, beautiful as ever, but different each time 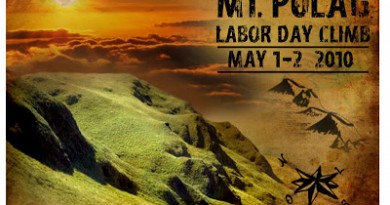 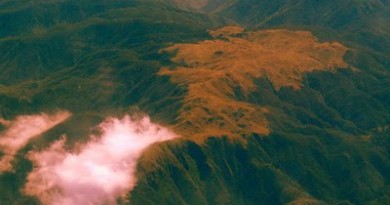 Essay: After the floods and above the clouds, a golden view

I am very much entertained with your very good articles on mountain trekking.. I myself have gone to Pulag and Pinatubo and enjoyed these treks tremendously. You are a great asset to Philippine tourism, providing very accurate, important information for 1st timers…May your tribe increase!! coyjavc

maraming salamat sa pagkakataon na mksama sa 1st pinoy mountaineer charity climb.its my 2nd time to pulag but this one is very memorable.its not because of summit,safety or smiles but because of the SERVICES that pinoy mountaineer offers.sana maulit pa.at sa lhat ng participant mabuhay tayong lahat.see you all next climb.

I am truly proud to be a part of this event, not to mention, super happy because I won the grand prize. See you next year for the annual charity climb. Congrats sir Gid and the rest of the mountaineers who joined the climb