ILOILO CITY -Now in the 8th day of the Visayan Voyage, we have completed two more climbs. First, a Mt. Talinis Traverse to Casaroro Falls via the Bediao-Apolong route. We were guided by the Cuernos de Negros Mountaineering Club, Inc. Many thanks Sir Jimbo and Botox! For me, the real highlight of Talinis are the mystical maribuhok trees that literally scaffold the trail between Lakes Yagumyum and Nailig. Swimming at Nailig at 18 degrees was also a nice experience.

From Dumaguete, we proceeded to Bacolod and Iloilo City en route to Pan de Azucar Island in Concepcion, Iloilo, where we performed a Mt. Manaphag Traverse, replicating the feat by the Singarong Backpackers of Victorias City in 2001. Their guide Dagul Atanoso was also our guide, and we likewise climbed the trail-less South Face of the mountain. It took us four hours to ascend the rocky face, with slopes ranging from 60-80 degrees. The northern descent was swifter, but it was truly a challenging climb.

The Visayan Voyage team is comprised of Gideon Sarreal, Lalaine Hablado, Bianca Silva (Loyola Mountaineers), Ted Hablado, Chelo Bendicho (UP Mountaineers), Jacob Sarreal and Ace Borja (San Beda Mountaineering Society), and Julian Canero and myself of the UP Med Outdoor Society. Six of us did the Manaphag Traverse. Early this morning we took the only trip back to mainland Panay, and now we’re back to Iloilo, resting before the final climb of the Visayan Voyage. 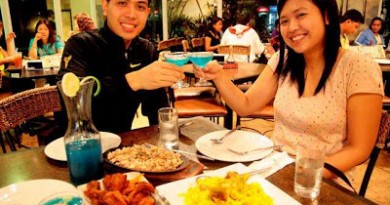 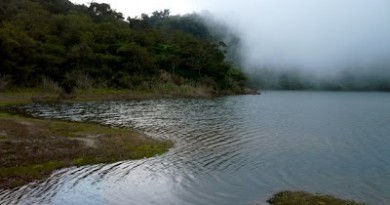 3 Comments on "Hiking matters #51: Now in Iloilo after Talinis and Pan de Azucar"

Talinis and Manaphag are jewels among Visayan mountains. With regards to challenges, doubtless, the real deals are the least popular such as Baloy and Nangtud in Panay Is. and, Silay and Guinsayawan in Negros Is. Of course, Madja-as belongs to the league that could place Halcon or Guiting-Guiting as mere R&R by comparison.

Welcome to my home land! Hope you’ll enjoy there. Have fun!!