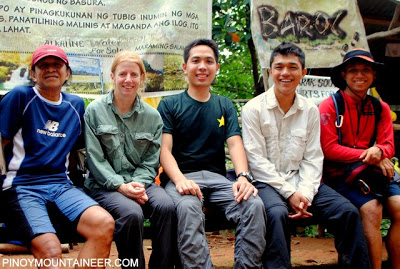 In what turned out to be an intense twelve-hour dayhike, we performed a Tarak Peak-Tarak Ridge Traverse coming from Paniquian River, and going down via Mt. Skysam (Dome Peak) – a traverse within a traverse – before finally reaching Papaya River and taking the regular trail back to Brgy. Alas-Asin. 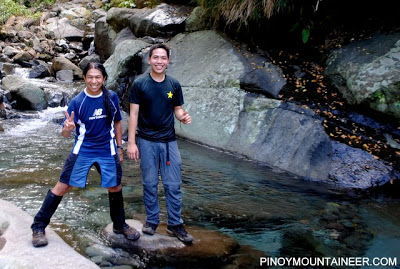 We were guided by no less than Sky Biscocho himself, of AMCI, master explorer of the Mariveles range and a living legend in Philippine mountaineering. I had been in correspondence with Sir Sky since last year and we had been planning a climb, but only now did our plan push through. Fortuitously enough, we managed to make it happen just in time for Iron Lady Jo Steven’s farewell climb! Joining us were frequent hiking companions Coby Sarreal, Sir Martin Cortes, and ultramarathoner FR Hortelano, the first person to become a member of both the UPM and AMCI. 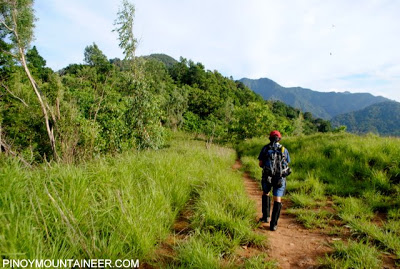 It was an action-packed trail: we crossed three rivers, we scrambled up the loose segments of the Magellan trail leading to the Japanese Garden, as well as the ste. Such diversity of trails was matched with diversity of views: we swam underneath two waterfalls, reached two peaks, crossed one scenic ridge (Tarak) and many other covered ones. We started trekking at 0605H and ended just before 1800H – making it a total dayhike. 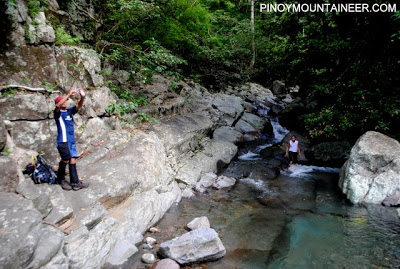 The first higlight of the trail was Paniquian River. The crystalline waters of this river were very beautiful; great then was our indignation when we saw some trash in one of the campsites. Yet for the most part it was very pristine. Rock after rock, we crossed the river; at times we had to find an alternate route to avoid getting wet (but eventually, we did). 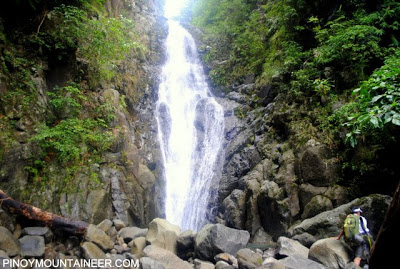 As we went upstream, we were greeted by the majestic beauty of Sllaj Falls – whose name bears the initials of the first explorers of the place, foremost of which, of course, was Sir Sky himself, who was guiding us. We bathed in the waters of this waterfalls, and then went up, finally reaching the last water source. It must be noted that there were some very steep trails past the falls – and loose rocks. 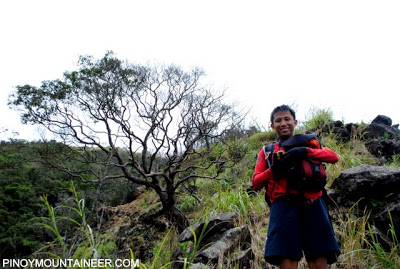 After an early lunch at the last water source, we proceeded up via the forested Magellan Trail – another steep part with some scrambling, until it eventually transitioned into a more comf. Finally, we could see Bataan Peak to our left, and as the trail grew steeper yet more open, we knew we were on the verge of reaching the Japanese Garden, which heralded the proximity of Tarak Peak. 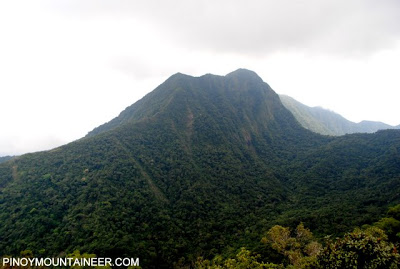 Thus at 1208H, after just over 6 hours of trekking, river crossing, waterfalls bathing, and sightseeing, we were at our main destination. But a decision we made there and then, at Tarak Peak, meant that far from over, our trek has just reached the midpoint, and more adventures awaited us beyond the all-too-familiar Tarak Ridge. The adventure narrative will continue in Hiking matters #188. 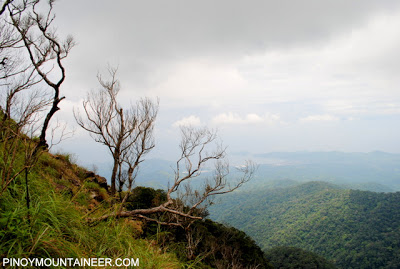 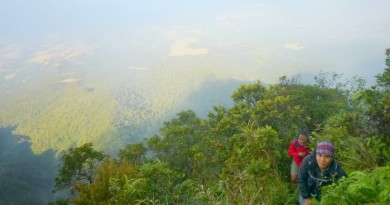 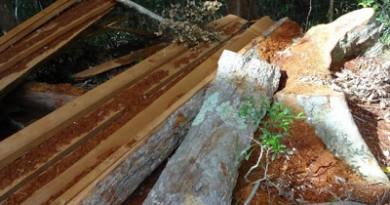 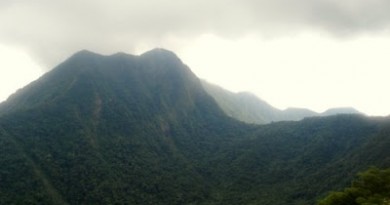 This is my first time to comment in your website po. All because of Mt. Tarak hehe – I haven't climbed it yet po kasi so when one of my mountaineer friends suggested to traverse it tentative this end of July, I felt excited po that I started researching the Tarak Traverse IT in your website. However, I didn't find any but just came across Hiking Matters #187 and #188.

Actually sir, your site is always the first site i visit whenever I'm researching for a pattern IT and other infos for our climbs. Kaya much thanks po to you and to our fellow mountaineers who unselfishly share infos here po.

So for this one Sir, may we also know the other details po on the Paniquian River – Tarak Peak – Papaya River route you've taken with Sir Sky Biscocho po?

I would like to text/call anyone po sana na pwedeng makatulong po sa kin magplan ng IT po namin for the Tarak traverse so if you can recommend someone po, or if you wouldn't mind po, can I ask for your help po?

you may reach me po at this email add: coldfire_0903@yahoo.com

Hoping to hear from you soon and may God bless you always, Sir=)

were planning to go to Paniquian River and Sllaj Falls from tarak ridge, may we know the details so as the other special concerns for this.

it was nice seeing the living legend of the Phillipine mountaineering and the the soon to be legend on his own rights together in the mountain, Doing what they do best..You guys open a lot of possibilities in the world of mountaineering, we have a lot to be thankful for both of you,and for those mountaineers before our peak time..