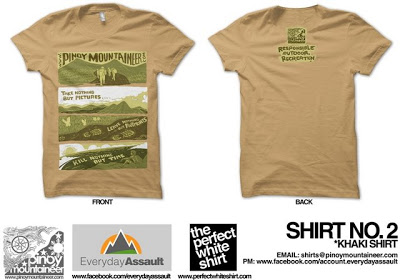 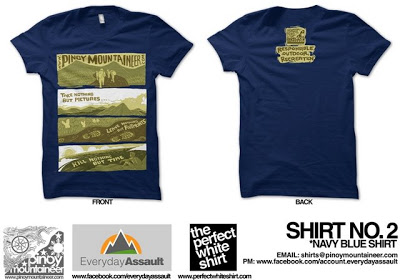 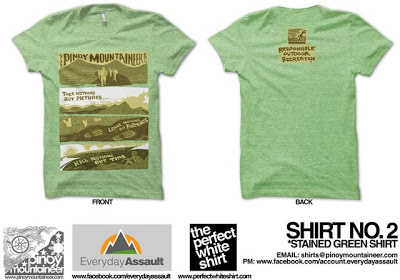 The second frame bears the message “take nothing but pictures”. The drawing of pointed peaks at the background was inspired by the appearance of the many pointed hills of Osmena Peak, the highest mountain in Cebu, and it highlights birds and the sky. 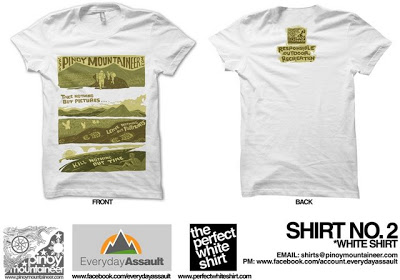 The third frame bears the message “leave nothing but footprints”. It illustrates a trail with footprints, and also some flora and fauna. The rich biodiversity of the mountains can only thrive and survive if indeed we leave minimal impact on the trails, the campsites, and the forest. Let there be no trash left on the trail!

Finally, the fourth frame completes the message with “Kill nothing but time”. Here we are already at the summit: it shows a young hiker with his assault pack watching the sun at the top of Mt. Pulag, with the sea of clouds. It is past sunrise; the people have returned to the campsites, but he has remained, killing time. He is alone but not lonely: the companionship of the mountain inspires him. In spending time with the mountain, we learn lessons from it, and in doing so, we “let the mountain change us” — which ties back the message of Shirt no. 2 with its predecesor, Shirt no. 1.

Shirt no. 2 will be available in all The Perfect White Shirt branches starting August 24, 2011. Please click here for the store locations. To make sure that you have the sizes and colors that you want, you can also pre-order shirts by emailing shirts@pinoymountaineer.com. 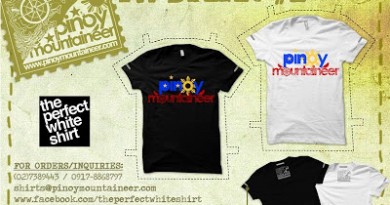 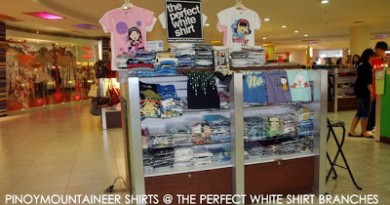 The Perfect White Shirt branches: Five mall locations where you can get PinoyMountaineer shirts in Metro Manila! 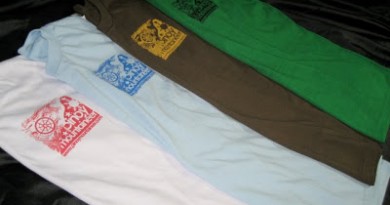 6 Comments on "Announcing Shirt no. 2: Take Nothing but pictures, Leave nothing but footsteps, Kill nothing but time"

wala na po bang shirt no. 2 in any branches?

hi, ive already placed my order and i already deposited the payment to Philippe Arenillo of Everyday Assault but he has not still contacted me thru email.please assist me in contacting him,thanks.i'll PM you of my details