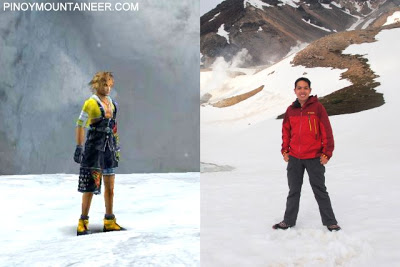 LET ME SHARE with you something that I think many of my readers can relate to: As a high school student, and even in college, I was a computer gaming enthusiast. Long before I spent sleepless nights in the hospital as a medical intern-on-duty, I sleeplessly battled the secret bosses of the Final Fantasy words, some of which were named after gemstones. My cousin Franz and I alternated as Cloud, then Squall, then Zidane using the PlayStation unit that took time off the entomological expeditions we undertook in our grandparents’ backyard in search of cicadas and katydids.

Then came Starcraft, which added a social dimension to the games. Instead of just one player, we could do four-on-four battles in a map called “Big Game Hunters”. When we were in first year high school, there was even a battle between different sections. Curiously enough, our sections were named after forest trees. Mine were strong hardwoods which always give me joy when I see them in the mountains: Ipil, Kamagong, Molave, then Guijo.

Counter-Strike gave the adrenaline rush of three-minute battles in which being killed by a knife is the worst form of humiliation, and a headshot with a pistol the best form of achievement. On the other hand, in Diablo II, my enjoyment was focused on the upgrade of my skills as well as weapons and armor.

Final Fantasy came back in Play Station 2 – and once again I was Tidus, then Van and finally Lightning. I was always at home in forested worlds, and loved the snowy mountains. To diffuse the anxiety as I awaited the results of the Physician Licensure Exam in 2010, I played Final Fantasy XIII. Amid Nobuo Uematsu’s musical scores, the beep of text messages announcing the good news was muted, and I kept playing even after my best hopes were affirmed.

All of these came back to me during the Twin Dayhikes III, when, while talking about hiking to a couple of guys who were four years my junior, I explained hiking in terms of the four “Acts” of Diablo II, which I hoped would make my message clearer. I said that Act I of hiking in the Philippines starts with Maculot and ends with Pulag as the final boss. Act II goes for major climbs, starts. Act III starts and ends in Mt. Kinabalu. Act IV is the pursuit of high-altitude mountains, many of which still await the Philippine flag in their peaks.

Even before that, though, I would think of the parallelisms between hiking and computer gaming. If before, I concerned myself with weapons upgrades that will give my avatar a “+7” in strength, and “+3” in intelligence, today, my concerns are with equipment that I actually use. After buying a pair of La Sportiva shoes in Taiwan, my latest regular dayhike shoe – I jokingly told my friends that I now have “speed plus 2”, alluding to the “Speed Boots” that can be bought in many a virtual universe.

HIKING AND COMPUTER gaming both represent a melange of words; one of them brings fantasy to reality; the other brings reality to fantasy. Given a choice, however, much as both are special to me, I have to say that I like hiking more. It is much more physical than gaming, and if not for the exercise it gave me, I would have a more significant presence here on Earth – i.e. many pounds more. Also, whereas the sights and sounds (and the Dual-Shock vibrations, as in PS2) comprise the felt realm of computer gaming, all five senses are at play while you are in the outdoors; it makes hiking a much more sensory, even sensual experience.


Nevertheless, they belong to the same domain. Hiking up the snowy peaks of Hokkaido in Japan, I could not help but think that I was on Mt. Gagazet, one of the beautiful worlds of Final Fantasy X (see cover picture). The cinematic wind, courtesy of Square ENIX, was finally chilling my skin, and in that cold and silent world I find myself lost, just as I have always wanted it.
Functionally, too, there are similarities: Others wish to escape to Mt. Maculot after a stressful week; others escape to Tristram, or Midgard, or de_dust. There are many forms of escape in this world, ever since humans expanded the realm of dreams to situations when their eyes are open.

Virtual or real, the quest for beauty and adventure is crystallized in memory, individual or shared, and we learn many things in the process: Computer gaming got me into trouble in first year high school as a four-on-four Starcraft battle led to a one-on-one fistfight, and I must have disappointed some of my teachers when, instead of attending their classes, I headed to the computer shop in the afternoons. I have learned many lessons while playing these games, though, and they are surely more memorable than Trigonometry.

And when I remember the Counter-Strike days when I would press “Tab” to toggle the menu with all the players in the game, with all my friends on it, I would wish time would stop and we could play forever.

In hiking, as in computer gaming, we grow, level up, and have fun. 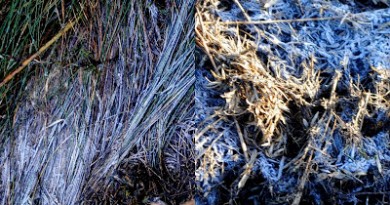 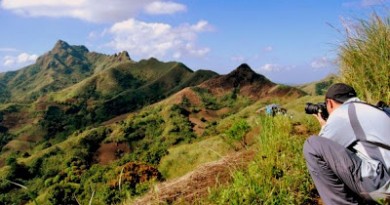 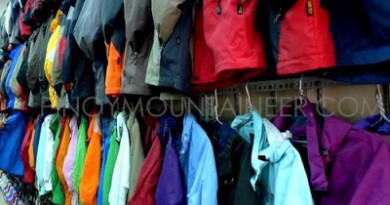 Interestive perspective my friend! In reality Outdoors are more interactive than the computer gaming world..don't forget the reality of pass-time and real time. But, I can truly relate to all the words you said..I too, had my fair-share in the gaming world! But I never felt so alive being on the Outdoors than anything else.

Have a productive life and God Bless You…. my Friend!

i thought me and my hiking buddies (who turned out to be ex-gamers too) were the only people who relate these two things. we used to call our other "noob" hiking buddy a "super novice" and experienced mountaineers as LVL 2 or Third Jobs with auras. haha

every saturday morning i would either think of the mountains nearby manila or the mountains of pokke village and yukumo village (monster hunter). i would either pack my MALING butane rice jacket headlamp or i would be preparing my potions, antidote, greatsword and armors, my last climb was in tarak and i would see a lot of plants similar to the things that i need to gather in my MH games, and there are times that while im trying to pursue a monster in the snowy montains of pokke village i would think of the marlboro country of pulag…