CALAPAN, ORIENTAL MINDORO – Is Mt. Halcon open? Officially, there is no definitive answer, with so many parties involved: The municipal and provincial tourism offices, the Department of Environment and Natural Resources (DENR), the police, and even the National Council for Indigenous Peoples (NCIP). However, in practice, hiking activity has resumed in Mt. Halcon since April 2013 and thus it can be said that Mt. Halcon is de facto open at the moment. By this, I mean, it is possible to climb Halcon since there are no legal impediments to it and the municipality is not actively preventing hikers from climbing.
As it turns out, it is the consent of the local Mangyan communities that is of paramount importance. And for the past couple of months, it seems that the Mangyans are once again allowing hikers to climb. Several groups have climbed this summer and yesterday we just got back from our own hike of Halcon – which started in the afternoon of May 27 and ended yesterday evening (May 29).
Still, many things are unclear at this point. For instance, there is no standard procedure of securing your climb though two things stand out as important: coordinating with the local tourism office of Baco, and securing the consent of the barangay. Since there is no standard procedure yet, it also appears that a “climb at your own risk” policy is implicitly given, with the LGU neither allowing nor disallowing hikes. Nonetheless, the barangay is collecting a P50 entrance fee for hikers – and asking them to write their names on a logbook – which makes the mountain de jure open, at least at the barangay level.
This ‘loosening up’ of the mountain is good news, but without standard protocols, the safety of both mountaineers and the mountain may be a concern. On the other hand, an even better news is that the municipality of Baco, Oriental Mindoro seems to be looking at formalizing the protocol for hikers – i.e. designating an official trail, a specified procedure for registration and securing permits, among other things.
Meanwhile, a local mountaineer I spoke with warned would-be Halcon climbers not to take the mountain lightly, saying that it is not for the unprepared. He cited the two deaths in Mt. Halcon as a reminder that indeed the mountain can be a dangerous place. Moreover, he says it is no longer advisable to climb Halcon in the rainy season. “The summer months are best,” he says.
Hopefully, by then, we’ll have more information about Halcon. Additional information and other points of view, particularly from local individuals and groups, are very welcome. Kindly share your thoughts and updates by commenting in this post! 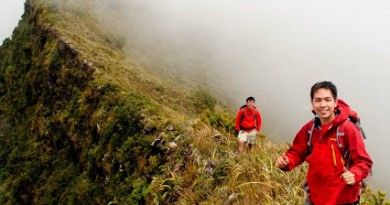 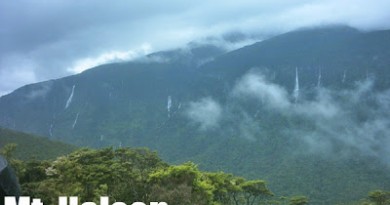 Hello po….
FYI lang po…
the Manong Unyol who commented on this site is nothing to do with or not related to the blogger "Adventures of Manong Unyol"…
I can attest on this because he is my friend and I know him well…
Thanks….

hi good day sir/ma'am. can anyone send me a contact number at mt halcon/ baco munipality? 09198358054-kenneth, thank you