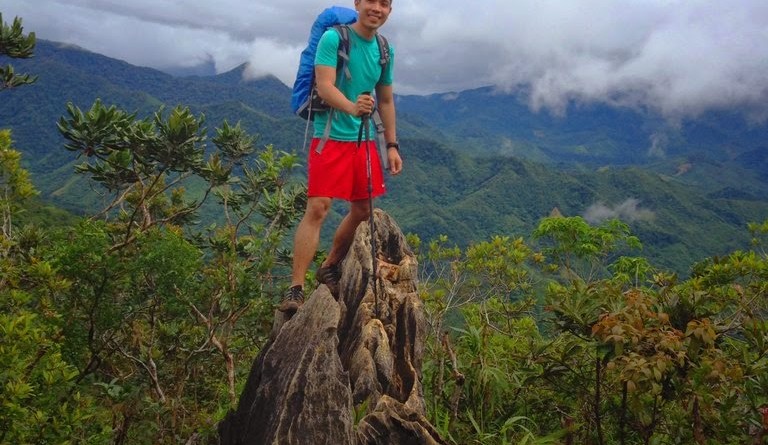 For many years Daraitan has been synonymous with the picturesque river that bears its name, and I had overlooked the fact that there is actually a Mt. Daraitan that overlooks this river and, as part of the Sierra Madre, has beautiful forests and rock formations. This realisation was the final push I needed, and today I finally got to visited this scenic area. Joining me were Jenny Aggangan, Niel and Nicole Dagondon, Cynthia Sy, Ivan Lakwatsero, Chris Villapando, Anna Bas, Pat Labitoria, Carlo Cunanan, and young Palaweño hiker Brenton Tan. 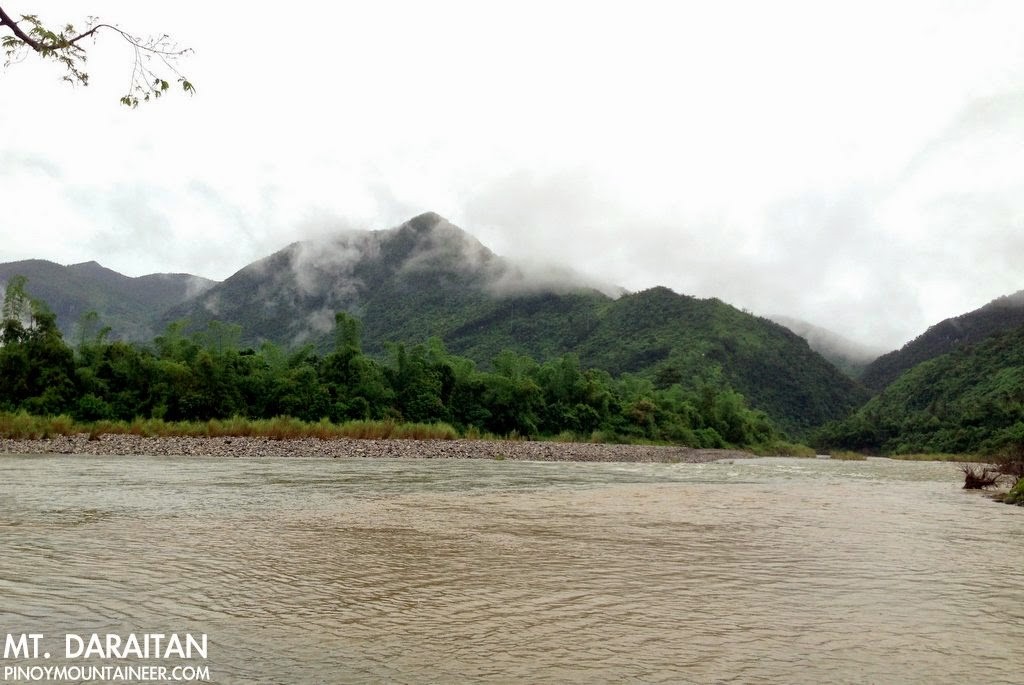 Daraitan lies at the border of General Nakar, Quezon, and Tanay, Rizal. We took the Marcos Highway and the Tanay-Infanta Road, making a left turn to a long rough road with a clearly marked ‘Daraitan sign’. This rough road is ultimately interrupted by a river, which necessitates taking a raft, and then a trike to the barangay hall where the treks also begin. A guideship system is in place ( and our guide, Boyet, took time to remind everyone of the need to practice Leave No Trace principles. A former logging area, it is now an ecotourism site, making it a model for other areas with environmental issues. 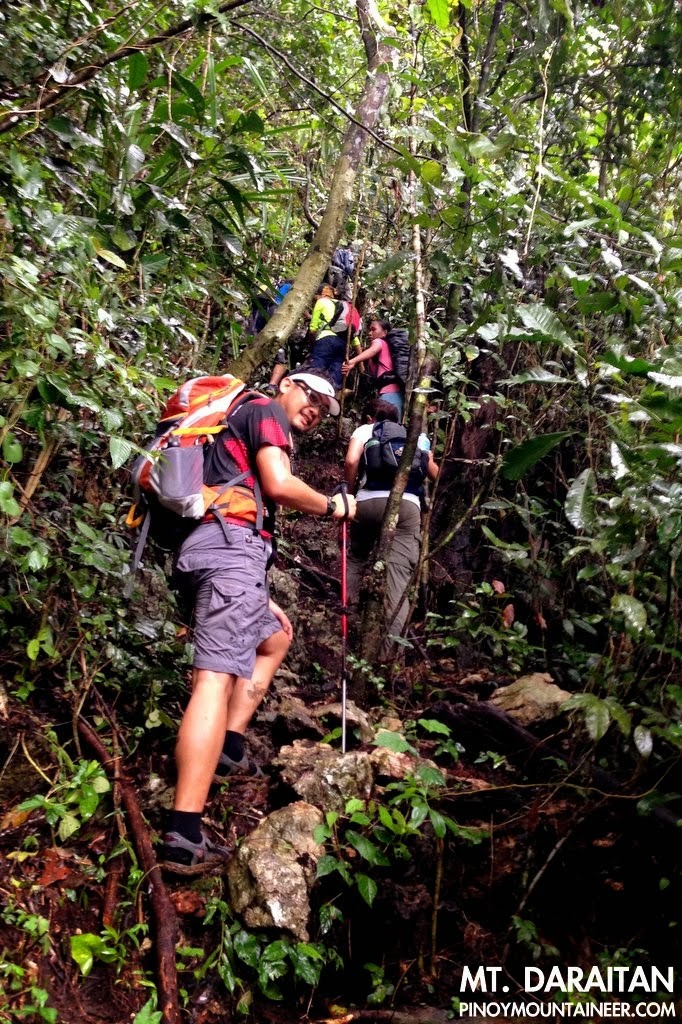 The hike starts with a brief section of rough road but is primarily through a forest studded with limestone, sharing similar characteristics with Mt. Pinagbanderahan in Quezon and Mt. Udok in Aurora – demonstrative of these mountains’ kinship as part of the Sierra Madre mountain range. To reach the summit, one must gain 600 meters or so, in a straightforward ascent, moderately steep but manageable considering that the trail isn’t really that long. 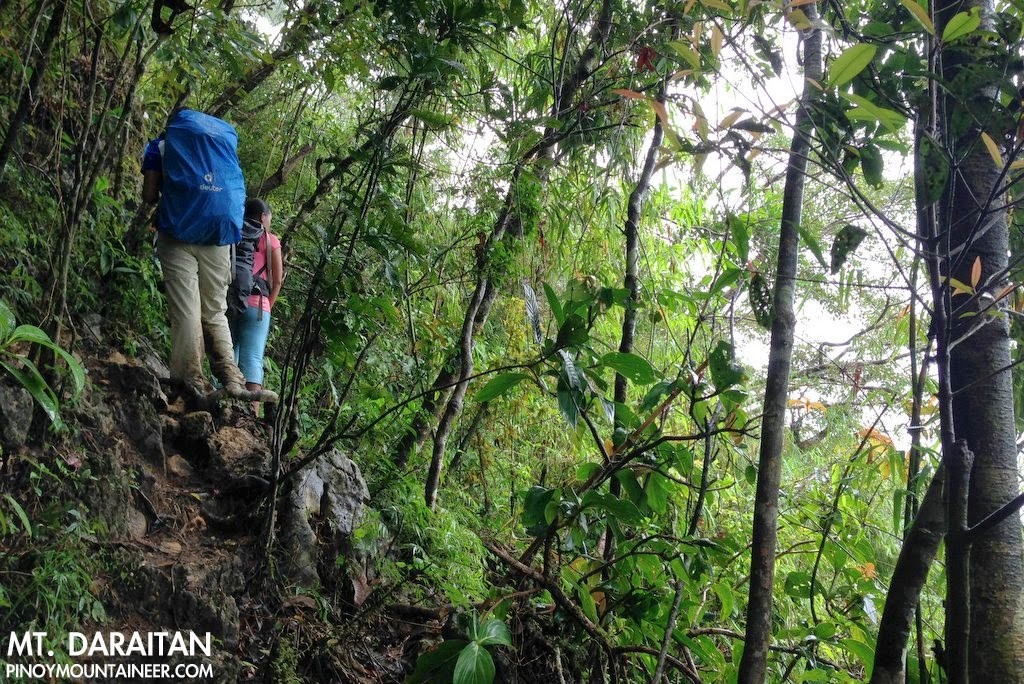 It was quite muddy during our hike, but we were aided by numerous holds available – branches, roots, rocks – and the fact that the trail was well maintained. We were told that once a week, the guides would check and do a clean-up of the trail, making sure that there are no landslides or dangerous parts. (I was really impressed with the seriousness of the guides and friendliness of the locals). 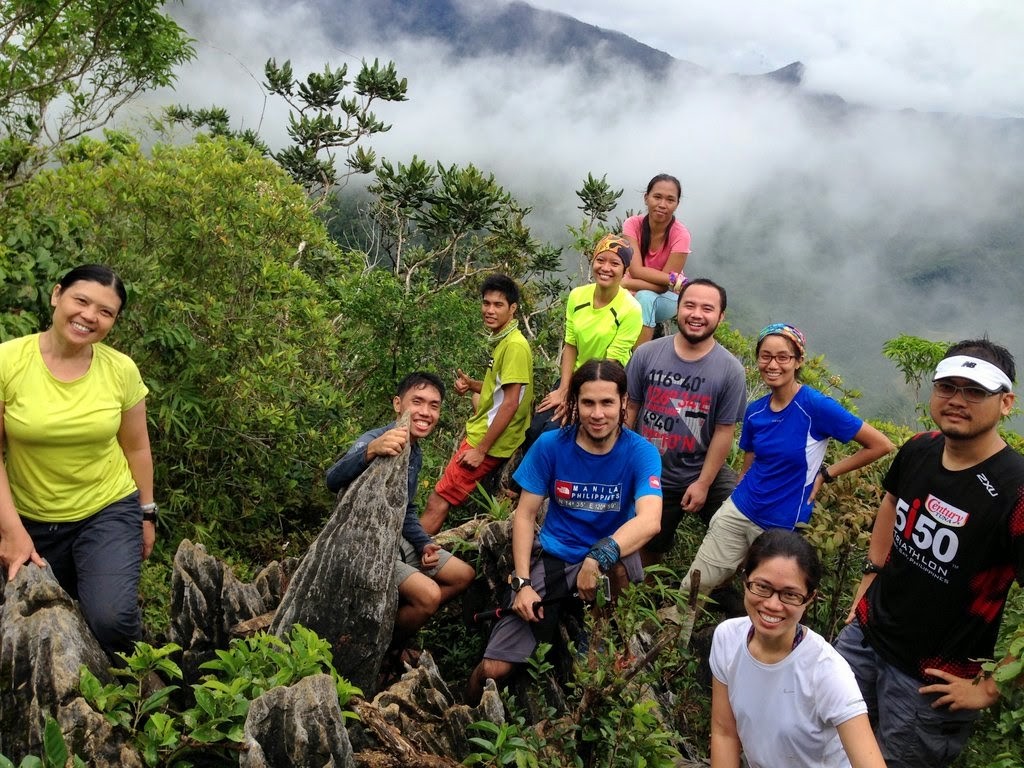 It took us two hours and 20 minutes to reach the summit, where we were greeted by a beautiful limestone formation constituting a viewpoint that overlooks the southeast. We had lunch at the summit, which doubles as a campsite that can fit several tents (no water source though). Niel, who had done the overnight, told us that it was a great place to camp out and considering that most people camp in Tinipak River, there is a big chance of having the summit all to yourselves. 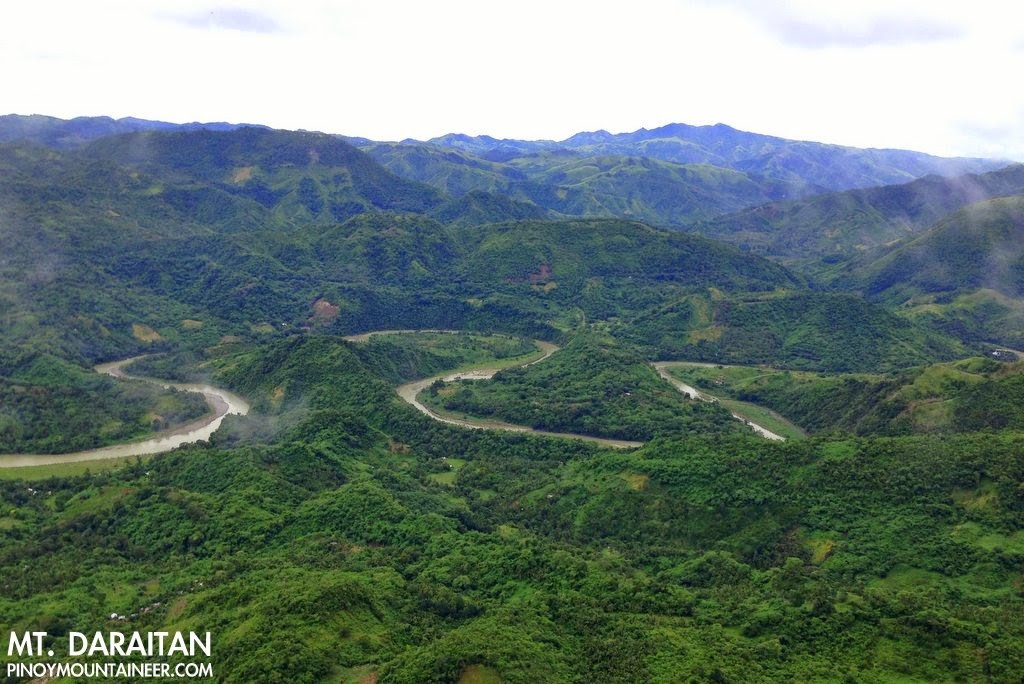 Less than fifty meters away from the summit, there is a small portion dubbed ‘Rockies’ (yes, I know that this monicker is a bit overused) which is yet another limestone formation where you can see the meandering Tinipak River with Mt. Batolusong at the background, and in the far northwest, Laguna de Bay, Mt. Tagapo, Mt. Sembrano, and even Mt. Makiling. To the east, on the other hand, the other Sierra Madre mountains loom, led by nearby Mt. Lugang. 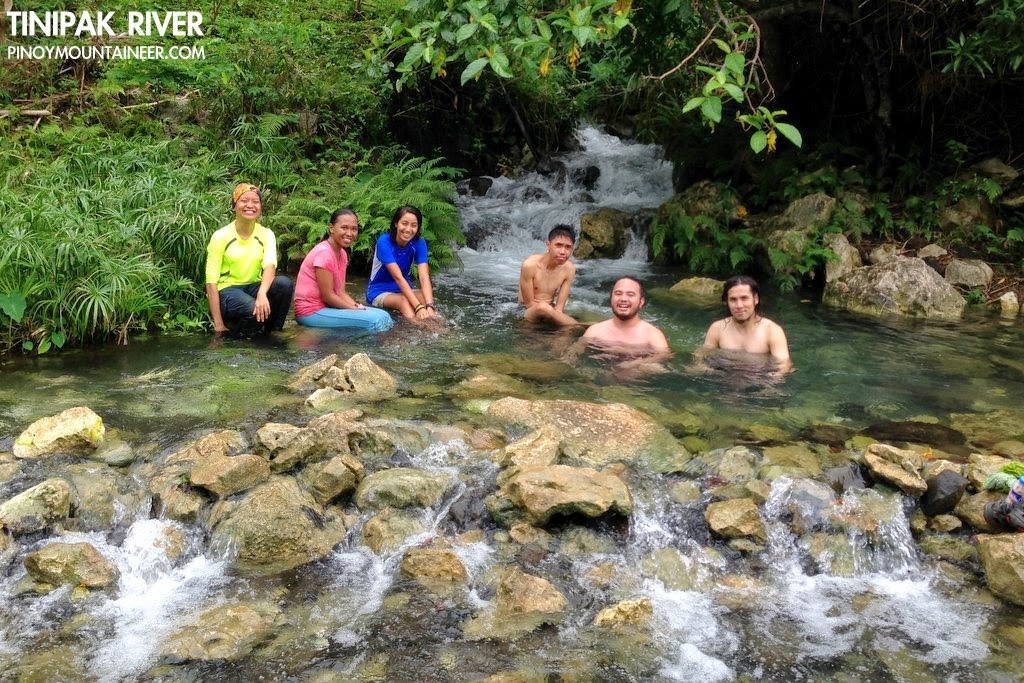 We took a different trail variant on the way back, leading to Tinipak River. At some point, we crossed the border with Quezon and the sitio we reached says that it’s within Gen. Nakar municipality. Near the riverbank, there lies another campsite which can be used as a base to explore the area – we saw several tents pitched. There is also a small spring where one can take a dip before proceeding. 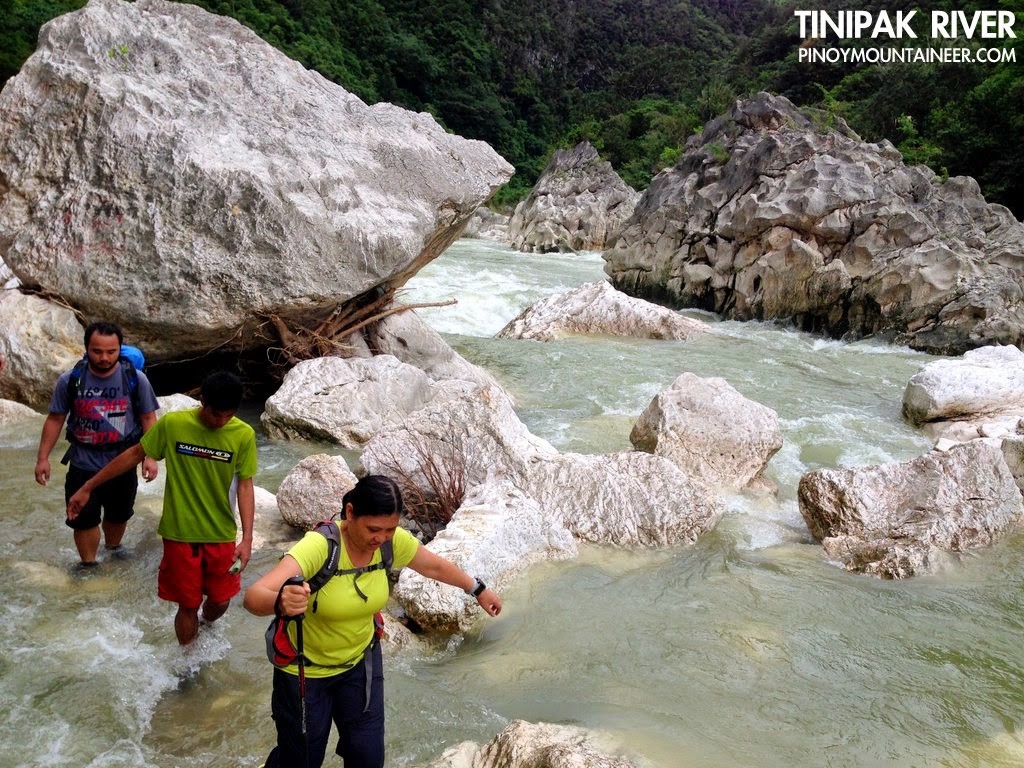 From Tinipak River, I thought it would just be one of those routine walks near the end of a hike, but actually, it turned out to be a breathtaking trek along the riverbank that allows you to appreciate the more the beauty of the river – easily one of the highlights of the whole hike. It only takes 30 minutes to reach the barangay, and by 1630H, we were having merienda in one of the carinderias; by 1900H we were back in Manila. Thanks Niel for the wonderful Juju treat and to everyone for joining the hike! 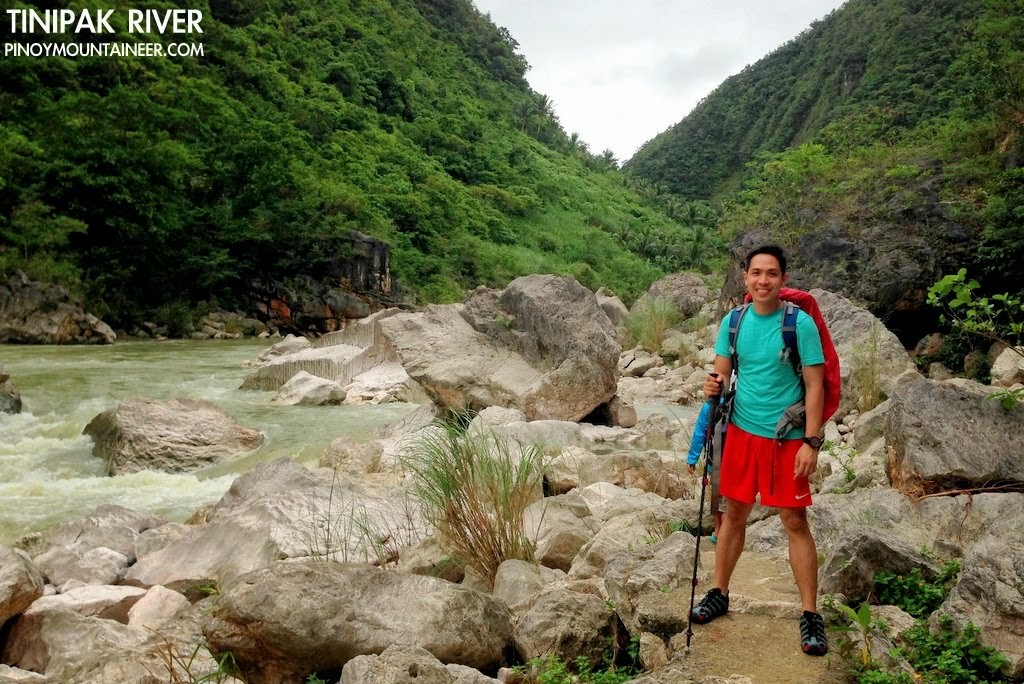 A Mt. Daraitan itinerary will be posted soon in PinoyMountaineer.com. 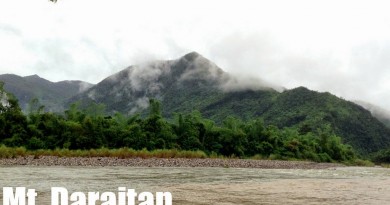 Hi everyone! Kakayanin ba kung sasakyan ay lowered like sedan if we take the long rough road after Marcos highway going to the jumpsite of mt. Romelo? Salamat po