BACKGROUND
Mountain climbing in the Philippines is both a sport and a social activity, and in many cases there is equal, if not greater enthusiasm, between taking pictures at the summit and gulping some shots at the campsite. Depending on the group, alcohol intake may range from zero to bottles upon bottles of porter-carried brandy. The social advantages/disadvantages of drinking are well known; this article focuses on the medical issues involved.

What happens when you drink, and how is it any different from drinking in the city at sea level? Basically, alcohol acts like a drug in the human body, depressing brain and other body functions. In very low doses, it can stimulate some parts of the brain, thus creating a light-headed, euphoric state. In high elevations, however, its effects are magnified (some say doubled). Thus,

Historically, it was believed that alcohol use is beneficial in high altitude, and can protect against Acute Mountain Sickness. In the Philippines, the non-social rationale for its use is that it’s a ‘pampainit’- it warms the body. However, Houston (1999) affirmed earlier studies that show that alcohol intake is harmful on high elevations, and thereby it must be avoided or reduced. What are the reasons?

First, alcohol affects mental functions even when you are not drunk, and since mountain climbing is a state of risk and danger, it is important for everybody to be alert and mentally sound. Even at night, many decisions may have to be made with changing weather and so on; thus alcohol is damaging. These effects also predispose the climber to hypothermia.

Second, alcohol binds water and interferes with the secretion of antidiuretic hormone, a water-conserving substance in our body. Thus, there is excessive urine output. Subsequently, dehydration can occur. In mountain climbing where water is precious, this effect is very harmful.

Third, alcohol binds oxygen in the bloodstream, robbing the body of this important element. Also, alcohol depresses respiratory function. These can further predispose you to oxygen loss, and carries a greater risk of Acute Mountain Sickness.

Fourth, the hangover produced by the dehydrating effects of alcohol can affect your climb performance the next day, causing not only delays in the climb, but also an increased risk for accidents.

RECOMMENDATIONS
1. PinoyMountaineer recommends all mountain climbers to avoid or limit alcohol intake. There is no hard and fast rule but we suggest a maximum total nighttime alcohol intake of 50 mL for men and 40 mL for women. 50 mL translates to 2-3 shots of brandy or gin, about two glasses of beer, or equivalent. Take note that this is the maximum limit. Again, this may vary from person to person. There are some people I know who can tolerate over 100 mL alcohol. Use your best judgment on your limits.

2. Absolutely don’t drink before climbing. Just like drinking and driving, the depressed mental function, loss of coordination, vertigo, and blurred vision brought about by the alcohol greatly increases the risk of injuries, falls, and other accidents.

4. Do not pressure anybody to drink at socials, especially if you do not know the person well. Don’t pressure guides or porters to drink with you because they are your responsibility also in a way. We’ve heard of cases where totally drunk guides couldn’t wake up the next day, ultimately ruining the group’s climb.

CONCLUSION
We are aware that it is customary for a majority of climbers in the Philippines to drink some amount of alcohol in the mountains. This article aims at explaining the risks involved in excessive alcohol intake, and prescribes guidelines as to the amount of alcohol one can take as well as other recommendations. 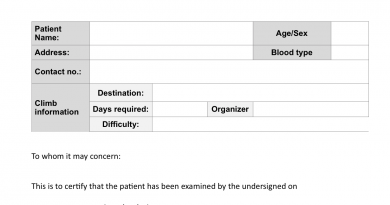 16 Comments on "Drink and climb? Issues on alcohol and altitude"

The founder of my organization where i started is always discussing this every time conduct a training climb, Very Well said Sir, Thank you!

will this mean that it will be better to smoke than to drink alcohol? at least no other antidiuretic side effect will be experienced except for dry mouth and the feeling of being high?