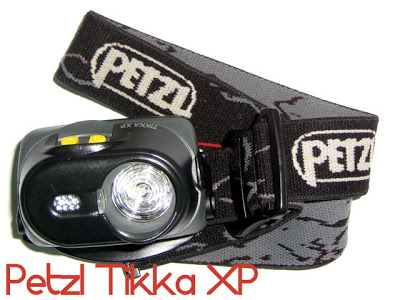 We all get our first headlamps at the home improvement shop– heavy, bulky, oftentimes fragile models. But cheap. Obstinate newbies climb with a penlight or a key light. Everyone always upgrades once they had gone through the terror of the night trek. In the dark you need both hands to stay upright, and crossing a ridge, descending a rocky slope, or fording a river is a dangerous time to lose your only means of illumination.

There are many excellent brands out there for getting you out of tight spots, but in my club the near unanimous choice is Petzl, by a French mountaineering and rescue outfitter that traces its roots to the sport of caving. After my Petzl Tikka Plus, with four light-emitting diode (LED) bulbs, was stolen I bought a single-LED Petzl Tikka XP. Both use a single elastic strap headband and three AAA batteries.

Other Petzl models that do the job just as well include the basic Tikka and the Petzl Tikkina, and more powerful but also generally heavier models favoured by some of my friends that use bigger AA batteries like the Petzl Myolite 3 with both LED and Xenon bulbs and the single-LED Myo XP. Some other high-end Petzl headlamp models have separate battery packs attached to a waist belt and thus are more suited to industrial or household use, while others have ultra-bright beams but shorter burn time, best for adventure racing.

Compact, water-resistant, durable and economical, turn on the Petzls in driving rain and the light would still be working perfectly five days later even if you had forgotten to switch them off. The Tikka XP and Tikka Plus last six days on economy mode and the Myo XP is good for at least a week, non-stop. Encased in plastic, the ultralight Tikka series models weigh between 78-95 grams, not much heavier or bigger than the collective mass and weight of the batteries themselves, while the higher-end Myo models weigh about double. All the Tikka models save the basic versions have a strobe, or blinking mode, that marks out the user for rescuers. My headlamp throws a 35-metre high beam compared to 32 metres for Tikka Plus and 27 metres for the basic Tikka. All are bright enough for picking out the trail and for choosing secure footholds and handholds during night treks as well as for performing typical nighttime campsite chores including meal preparation, packing, pitching tents, emergency gear repairs, and finding your way in the bush when relieving yourself. The Myolite 3’s powerful Xenon bulb throws a 76-metre beam. Leave the Petzls on up your tent loft if you are the type who dreads sleeping in the dark. I also use my headlamp around the house for reading and domestic chores during power outages.

The headlamp assembly ratchets up and down securely to direct the light where needed, while some models have a diffuser that slides over the bulb for a wider light coverage. The switch, brightness and boost functions for the Tikka XP are controlled by small buttons at the top of the housing. A single switch controls the basic Tikka and the newest Tikka Plus models, while a bezel does the job for the Myolite 3, like a flashlight. A battery life indicator on the Tikka XP gives me at least two days’ advance warning — flashing orange when the charge is down to 30 percent and red when the juice is down to 10 percent.

These lamps are maintenance-free and LED bulbs have very long lifespans, but make sure to read and follow the manufacturer’s instructions and use only normal non-rechargeable batteries, as there have been reported cases of rechargeable batteries causing the power cable to the Myo series lamps to melt or spark.

Pull out the batteries when you return home from a climb, as leaving them inside the casing for long (or not climbing regularly, or both) will corrode the metal contact points. Opening the Petzl casing takes some practice, though once you get the hang of it you will be able to change batteries in the dark. 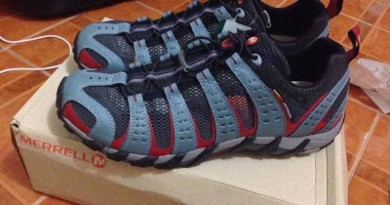 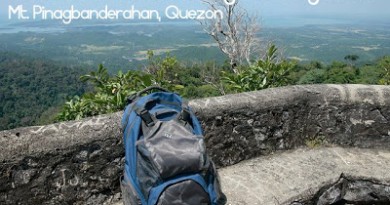 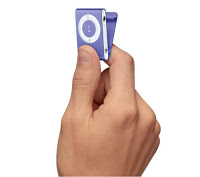 I'm kind of confused, I was looking up tikka xp on the petzl website and it looks different…

Some facts on this:
http://www.flashlightreviews.com/reviews/petzl_tikka_xp.htm