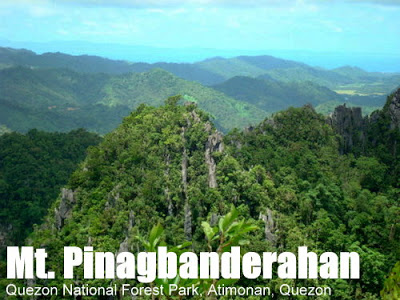 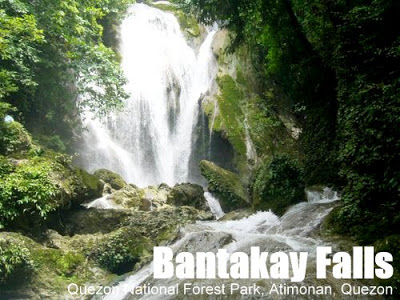 Mountaineer Richard Almodovar shares with us his experiences in Quezon National Forest Park with the Philippine National Mountaineering Society, and it is on his pictures and writeups that this mountain entry is based. Many thanks!

BACKGROUND
A very nice nature trip still within dayhike range from Manila is the Quezon National Forest Park in Atimonan, Quezon. This park which is nestled in the famed Sierra Madre Mountain Range, accessible by a scenic zigzag road that cuts through the forests. Built during the American period, the Forest Park is one of the oldest protected areas in the Philippines.

One of the highlights of this park is Mt. Pinagbanderahan, a historic site which literally means “where the flag was hoisted” – alluding to its significant role as a beacon where the Philippine flag was raised in the Philippine Revolution – and thereafter it witnessed the American and Japanese flags being raised in its heights before finally the Philippine flag reclaimed its proper place in 1946. The historical relevance, is therefore undeniable. At 366 MASL, it takes 1-2 hours to climb up the flight of stairs that leads to its peak.

The peak is s a perfect vantage point to view Mt. Banahaw (W), the islands of Marinduque and Mindoro (S), as well as the major towns and cities of Quezon, like Lucena, Pagbilao, and Tayabas. Moreover, environmentalists have acclaimed the excellent biological virtues of this peak, saying that it is a unique example of a lowland rainforest and that the karst vegetation found in the hills.

The wonders of the Quezon National Forest Park, however, do not end in Pinagbanderahan. There are more, and in the itinerary below, the Bantakay Falls and Caves located in Brgy Sta. Catalina is also covered. The falls is the most majestic in the at least five waterfalls found in the Natural Park, measuring up to 80 ft. Together with Pinagbanderahan, it forms the nucleus of a relaxing overnight camping trip.

SPECIAL CONCERNS
Transportation. Proceed to Lucena from Cubao or Buendia, then from Lucena take a jeep or FX to the town of Atimonan. From Atimonan you can then take a trike to the QNFP. Alternatively, if you’re a large enough group you can charter a jeep or FX from Lucena directly to the Forest Park.

Logistics. Guides can be arranged at the jumpoff for the Bantakay Falls trip at a minimal fee. There are several camping area possibilities but the recommended is the Niyugan Campsite near Bantakay Falls.

If you are aiming for Pinagbanderahan Falls alone, then this trip can be a dayhike. Leave Manila early (0400H) to arrive at Lucena by 7 and Atimonan by 8; you can be back in Lucena early afternoon, do some foodtripping there then head back to Manila.

TRIVIA
The Bantakay Caves which are near the waterfalls is also a must-visit in the National Park. Ask your local guides to take you to the caves, which have an excellent display of stalactites and stalagmites.

The name of the town, Atimonan, is said to have derived from the town’s lady founder, Simeona Mangaba, otherwise known as Ate Monang. 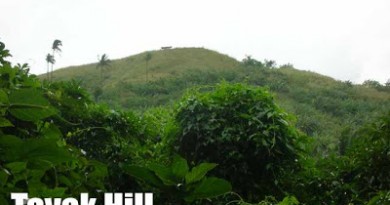 Hello po. Just wanna ask if one day tour will be enough to hike Mt. Pinagbanderahan as well as to see Bantakay Falls and cave… like ETA at Mt. Pinagbanderahan jump-off will be 6am?
My friends and I are planning to explore Quezon Forest Park this coming October 4, 2014.
We are mostly new to hiking and trekking activities, but we really want to pull this off without wasting so much time on dealing with problems due to poor planning.
Reply will be highly appreciated. Thank you! Thank you!
-kim

thanks and more power

Hi Gideon…
I am the scoutmaster of a new troop of boys in the Ortigas area. We have just finished a great weekend overnight camping and climb of Mt Daguldol in Laiya, and the boys are eager for more. The boys are age 10 to 16, and kinda new to this, so I'm trying to find opportunities which the boys will find enjoyable (and not yet too strenuous). I thought of Quezon Natl Park, although I have never been there. I am most concerned about the camping there. Can you advise the situation there regarding camping???

Thanks so much!
Regards,
Scoutmaster