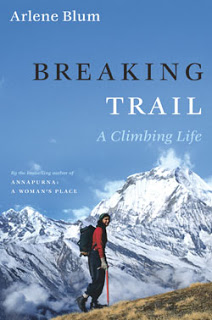 Although my main focus insofar as reading is concerned is world literature, of late I have been immersing myself in mountaineering literature as well – the accounts and narratives of adventurists, both contemporary and legendary. Last year, PinoyMountaineer.com was sent a complementary copy of Bo Parfet’s “Die Trying” — and this was the first book we reviewed.

My latest read is Arlene Blum’s “Breaking Trail: A Climbing Life”. It is primarily an autobiography of adventure, but unlike most expedition narratives written by men; this book is written by a woman, which I think makes its perspective unique. Indeed, Arlene Blum is very candid about all the emotions she felt, from the “trying hard mountaineering wannabee” that she was in Washington – with her first two attempts ending up as failure – to one of the most accomplished female mountaineers in America, ultimately leading the first all-female successful attempts of Mt. McKinley and Annapurna. Moreover, she was the first American woman to attempt Mt. Everest.

There is no attempt to evoke grandeur or invoke greatness in all her achievements; but there is a pervasive, and continued sense of fascination which is among the most pure of emotions that a mountaineer can feel. After her first climb, she writes to her parents: “I just climbed almost to the top of Mt. Adams. It was the most beautiful place I’ve ever been and the best day of my life. The mountains are where I belong.”

The book goes on to narrate her life as a mountaineer — there is attention to the minor details, minor memories: it gives a fuller rendition of the mountaineering world, with its familiar host of characters, each with his or her motive in climbing mountains; each with his or her own unique background. Then, love and infatuation among mountaineers is also a theme she addressed, in a very candid way.

The sense of danger is still there — and she gives poignant, harrowing narratives of danger, risk, and loss in the mountains. This is of course part of mountaineering, and the risks go higher as the peaks go higher. In her expediton to Denali Peak (Mt. McKinley), she tells of the tragic death of he teammates Grace, who after reaching the summit, says, “I’m going to die here. Leave me in peace.”

Yet, more than the caution that must accompany our every step, the most important lesson of her book for me is that mountaineering is something that an ordinary person can achieve. The highest mountains do not belong to the strongest, but to the most determined and most passionate. Arlene Blum did not start as a “hardcore” woman; in fact, she described herself as a wannabee who idolized the “mountaineers” in her college. Yet she tried and tried. She had the passion to keep climbing — and this passion is the fuel that pushed her higher, further.

The book, I think, is a celebration of a life lived among the loftiest places on Earth. Therein lies the joy, the adventure, the breathlessness and the sheer delight in seeing what lies above and ahead. And a fascinated girl echoing all those who have walked the trails, saying and shouting: “The mountains are where I belong.” 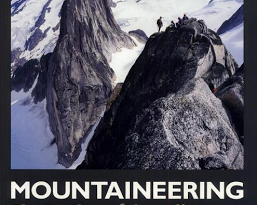 Book Review: “Mountaineering: The Freedom of the Hills” by The Mountaineers 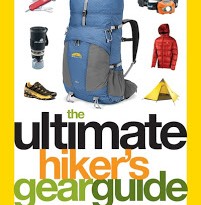 Great review, Sir Gid. Sounds like a good read too, will try grab a copy.

It would be interesting to read a woman's point of view on mountaineering, I bet it wasn't exactly a walk in the clouds. 🙂

An interesting post I must say. And this particular line appeals to me: "The highest mountains did not belong to the strongest, but to the most determined and most passionate.". Whether those words are your own or from that book, that line is wonderfully inspiring. And as a matter of fact it gives me hope in pursuing mountaineering. Thanks for putting it there 🙂