The etiquette of joining climbs is largely unwritten, and, to use a hiking metaphor, this would be a first ascent, or perhaps, more accurately, a first attempt at trying to articulate this terra incognito in the Philippine context. And yet, there is little original thinking into this piece; most of this is actually just a matter of describing what is done and what is experienced.

Essay: A letter to a young mountaineer 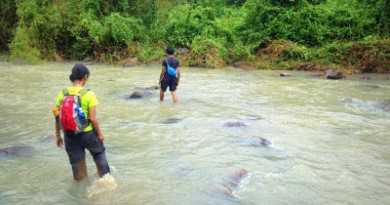 Is it safe? Hiking-related decisions based on weather

8 Comments on "Essay: The etiquette of joining climbs"

This is a nice essay! Hope it encourages more people to think about mountain climbing as a lifestyle, pero syempre ingat lagi!

Nature is very good to look at! Nice 🙂

Amen! Having experienced both – guest and organizer – I agree to all points mentioned!

If I may add – every climb member should learn to carry their load, figuratively and literally. If the list requires you to bring 3L of water for trail and camp, bring 3L or more. Wag pasaway. 😀