Leave No Trace provides a framework for outdoor recreation decision making, which is summarized in the following 7 principles, as taken from the LNT official website and annotated for the local context:

1. Plan Ahead and Prepare: Poorly prepared people, when presented with unexpected situations, often resort to high-impact solutions that degrade the outdoors or put themselves at risk. Poor planning can result in improperly located campsites because groups failed to plan enough time to reach their intended destination, or improper campfires or excessive trash because of failure to plan meals or bring proper equipment.

2. Travel and Camp on Durable Surfaces: Damage to land occurs when surface vegetation or communities of organisms are trampled beyond repair. The resulting barren area leads to unusable trails, campsites and soil erosion.
* In high-use areas such as most mountains listed in PinoyMountaineer, Leave No Trace suggests that people concentrate activity, which makes further damage unlikely. In other words, use the same trail and don’t create a new one.
* In areas of very little or no use such as exploratory climbs, Leave No Trace encourages people to spread out. Taking different paths when hiking off-trail will avoid creating new trails that cause erosion. Dispersing tents and equipment, and moving camp daily will avoid creating permanent-looking camp sites.

3. Dispose of Waste Properly: Though most trash and litter in the backcountry is not significant in terms of the long term ecological health of an area, it does rank high as a problem in the minds of many backcountry visitors. Trash and litter are primarily social impacts which can greatly detract from the naturalness of an area. Thus, Leave No Trace recommends that trash and litter should be packed out. Further, backcountry users create body waste and waste water which requires proper disposal according to Leave No Trace.
* Waste water: Avoiding soap and dispersing dishwater far away from natural water sources will prevent contamination.
* Human waste: Proper human waste disposal prevents spread of disease, exposure to others, and speeds decomposition. Catholes, 6 to 8 inches deep and 200 feet from water, are often the easiest and most practical way to dispose of feces. This is why bringing a trowel for this purpose (among others) is recommended.

4. Leave What You Find: Leaving rocks, plants, archaeological artifacts and other objects as found will allow others a sense of discovery. Similarly, Leave No Trace directs people to minimize site alterations, such as digging tent trenches, hammering nails into trees, permanently clearing an area of rocks or twigs. Do not vandalize mountain structure, nor put your name or write any graffiti in trees or any structures along the trail.

5. Minimize Use and Impact of Fire: Leave No Trace encourages people to use lightweight camp stoves instead of fires, because the naturalness of many areas has been degraded by overuse of fires and the increasing demand for firewood. If a campfire is constructed, Leave No Trace suggests using an existing fire ring in a well-placed campsite or to use a fire pan or mound fire. True Leave No Trace fires show no evidence of having ever been constructed. In the Philippines, camp stoves are the standard practice; in general campfires are never recommended.

6. Respect Wildlife: If enough people approach or interfere with wildlife, it can be disruptive to animal populations. Feeding wildlife is not advisable. Feeding wildlife damages their health, alters natural behaviors, and exposes them to predators and other dangers. Also, do not cause wildlife to be provoked by getting them attracted to your food in the camp.

7. Be Considerate of Other Visitors: Following hiking etiquette and maintaining quiet allows visitors to go through the wilderness with minimal impact on other users. In the Philippine setting, courtesy to other visitors go beyond the greetings of “Good morning sir/ma’am”. Give way when on trail, and be considerate while in campsite. Avoid loud music and noisy conversations when sharing the campsite. As the LNT website puts it, “Let nature’s sounds prevail!” 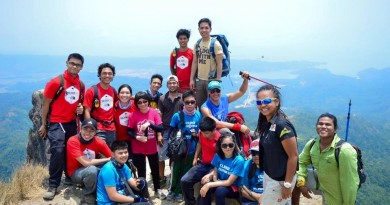 9 Comments on "The Seven Leave No Trace Principles"

hi sir, this is very good. may i copy this article? i would like to post it in my blog.

pwede po b gamitin ang logo ng leave no trace??
for example s mga banners, shirts etc…
where planning to have an outreach program and we are thinking to pur the leave no trace logo on our shirt & banner, allowed b cya or or need to be affliated s leave no trace org???

nedd help on this thanks.