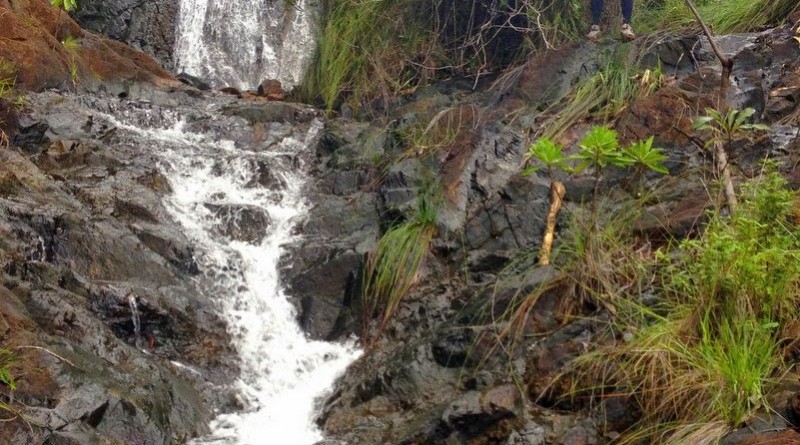 PUERTO PRINCESA, PALAWAN – Last week, I revisited Mt. Bloomfield in Sabang, which I consider one of the most beautiful dayhikes in Palawan (see Hiking matters #406). This time around I was joined by Agot Isidro, whose last hike was a very nice Maktrav dayhike (see Hiking matters #390). Fortunately Journeying James was also in town, and once again he motorbiked his way to Sabang, joined by our good friend, environmentalist Jessa Garibay. We were guided by Kuya Aying, who had also guided us during our first hike up the mountain. 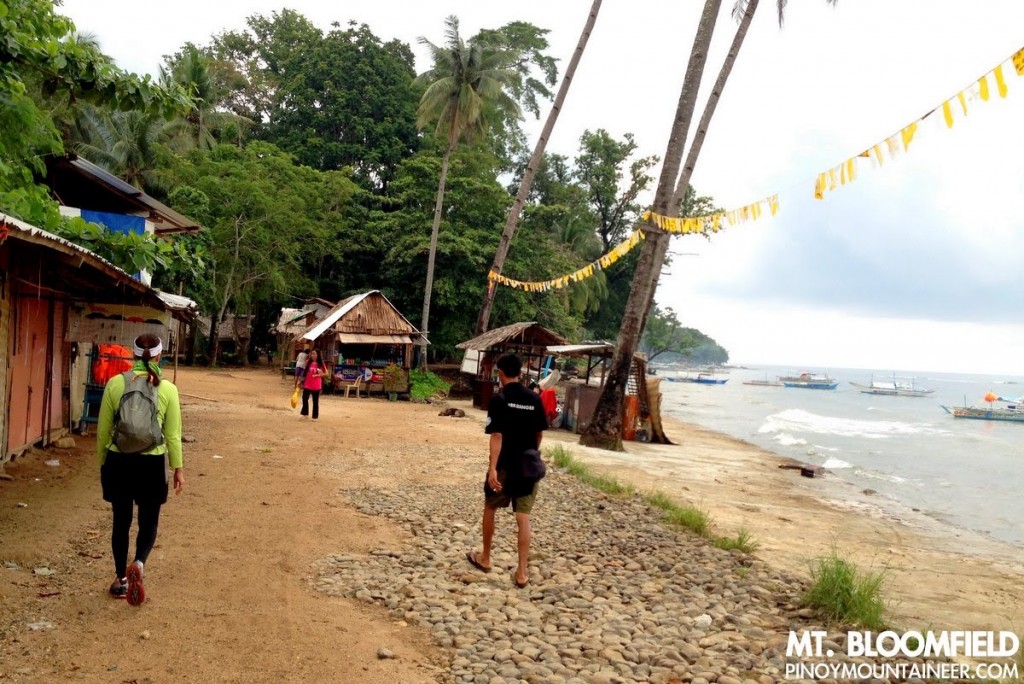 I had long spoken highly of Palawan’s mountains to Agot and when she finally found time for a short break, we went for Bloomfield, while she got to explore Sabang’s wonders, including of course the Puerto Princesa Underground River. What’s awesome about Bloomfield, as I’ve said previously, is that like the Underground River, it’s actually within a UNESCO World Heritage Site! 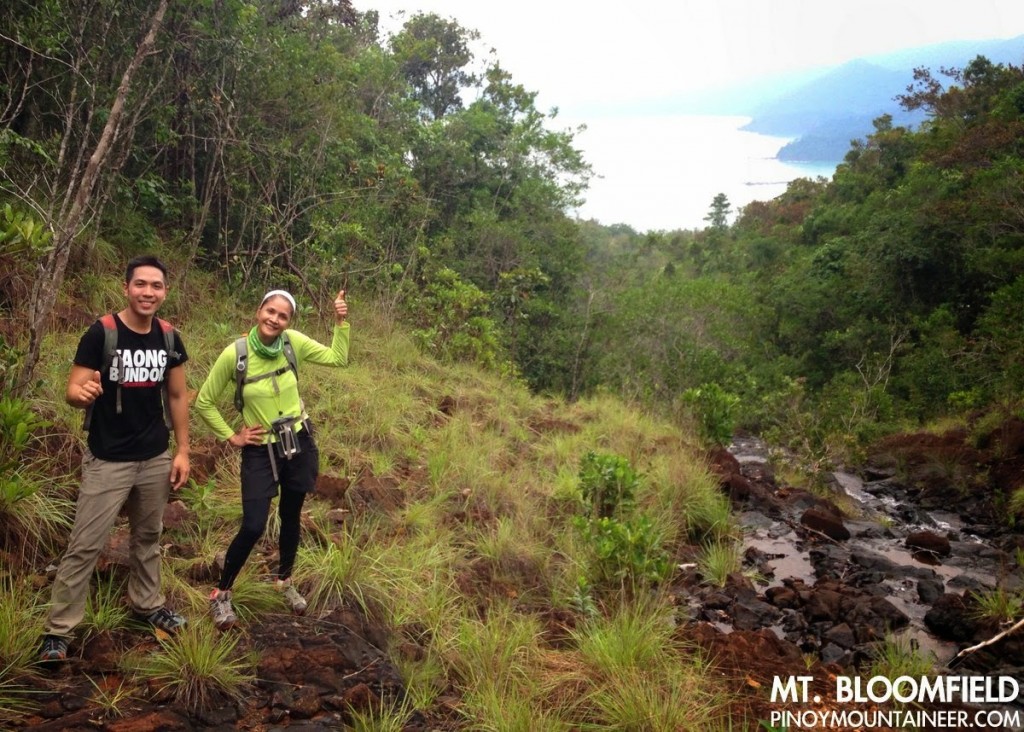 We started the hike at 0630H from the Sabang Wharf and when we entered the trail, I immediately felt that the mountain had changed because of the season. The then-trickles of water that go through the ultramafic rocks we bouldered through on our way up became truly deserving of being called ‘waterfalls’. Also, the rocks were much more slippery now. 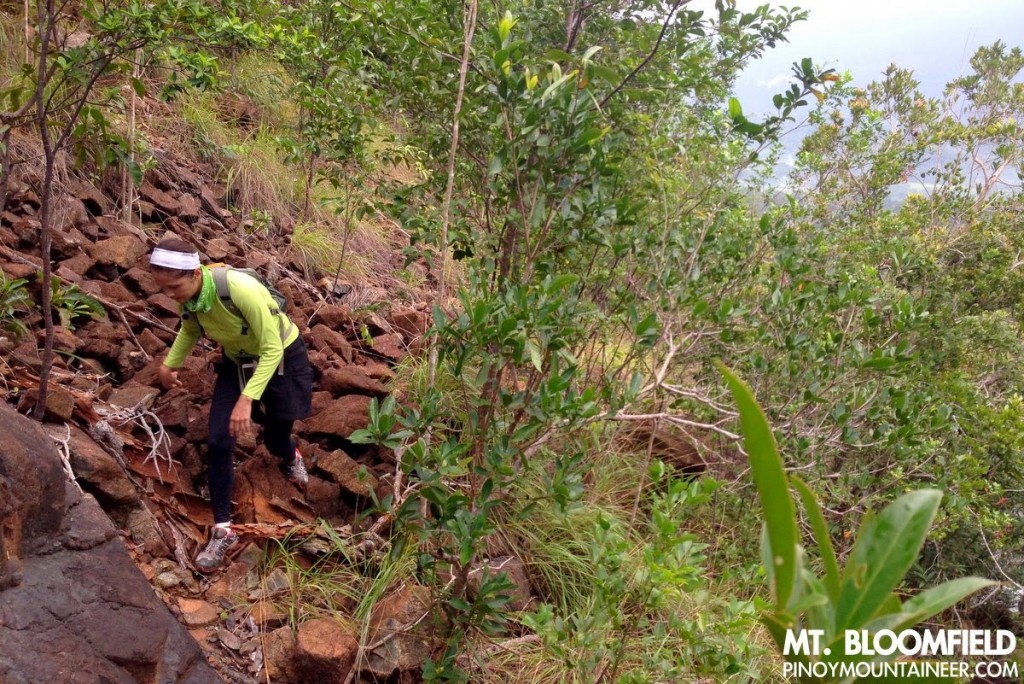 After the really wonderful section of ultramafic rocks, streams, and rivulets, the end of which marks the first third of the trail, we entered a beautiful forest, with pine-like trees and nice views peeking out of the forest cover. 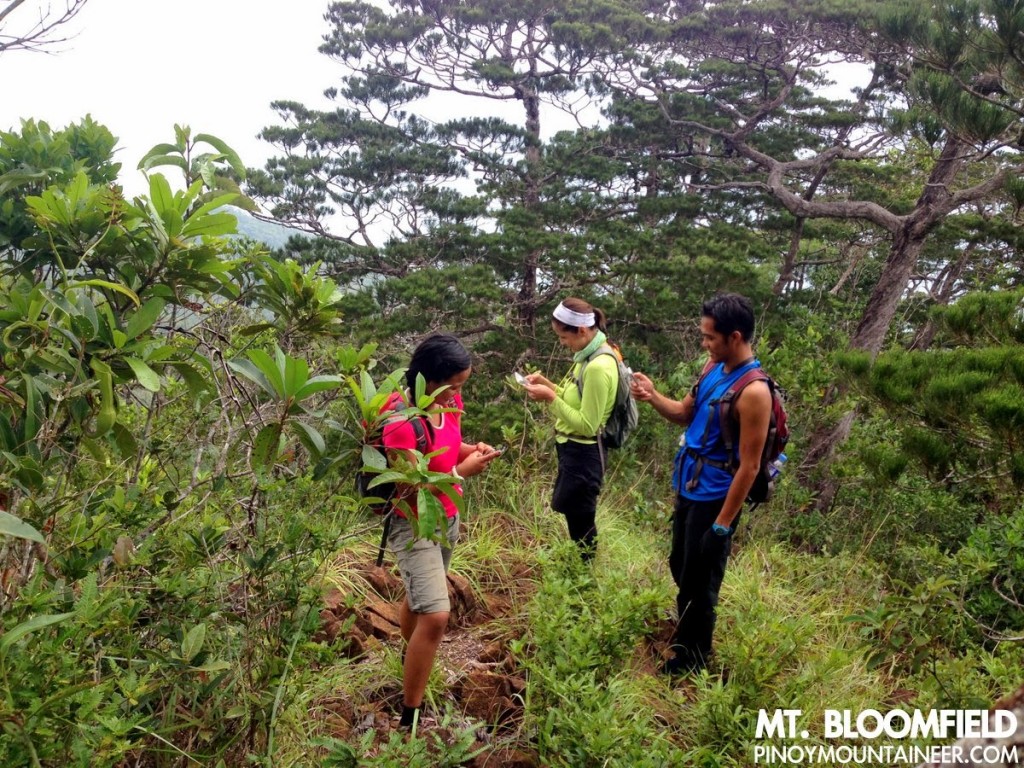 After the forest, the trail becomes rocky again and this subtle change of environment signals the final third of the hike. Though at times steep, there are always branches to hold on to; else, the rocks are very easy to scale – though caution is required for at times the rocks are loose, and can easily tumble down the trail. 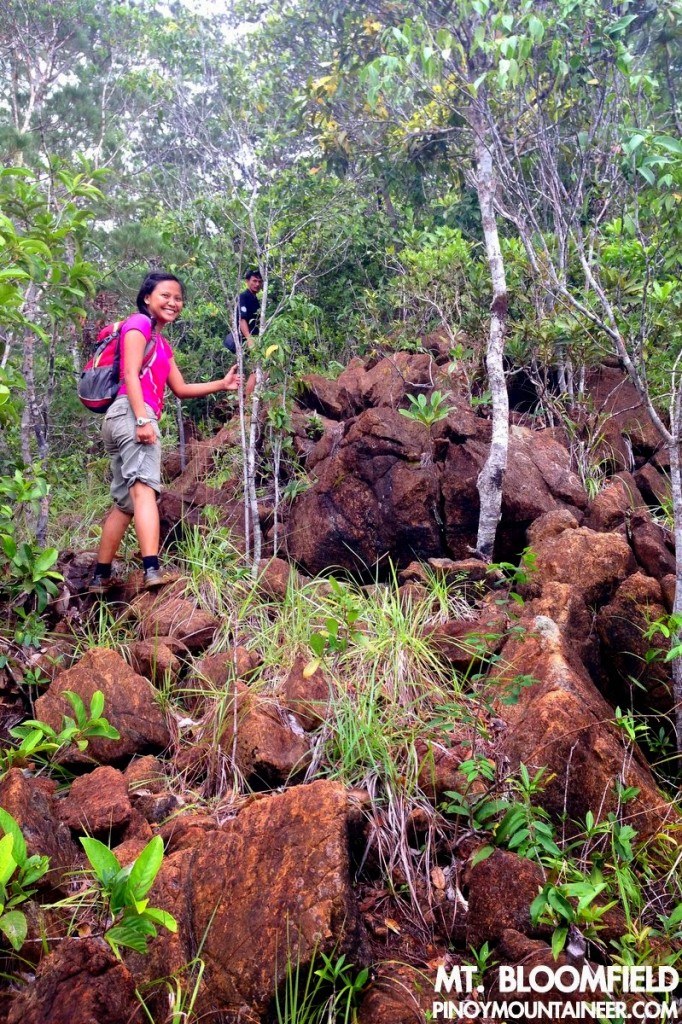 When we reached the Eagle’s viewpoint (which is actually the virtual endpoint of the trail since the summit itself has no views) it was mostly cloud covered. We had glimpses of Sabang beach and the sea, but even without the fabled views that extend all the way to Mt. Capoas, the hike with its beautiful ultramafic forests is just lovely. We had snacks at rocks, took some pictures, and didn’t stay long. 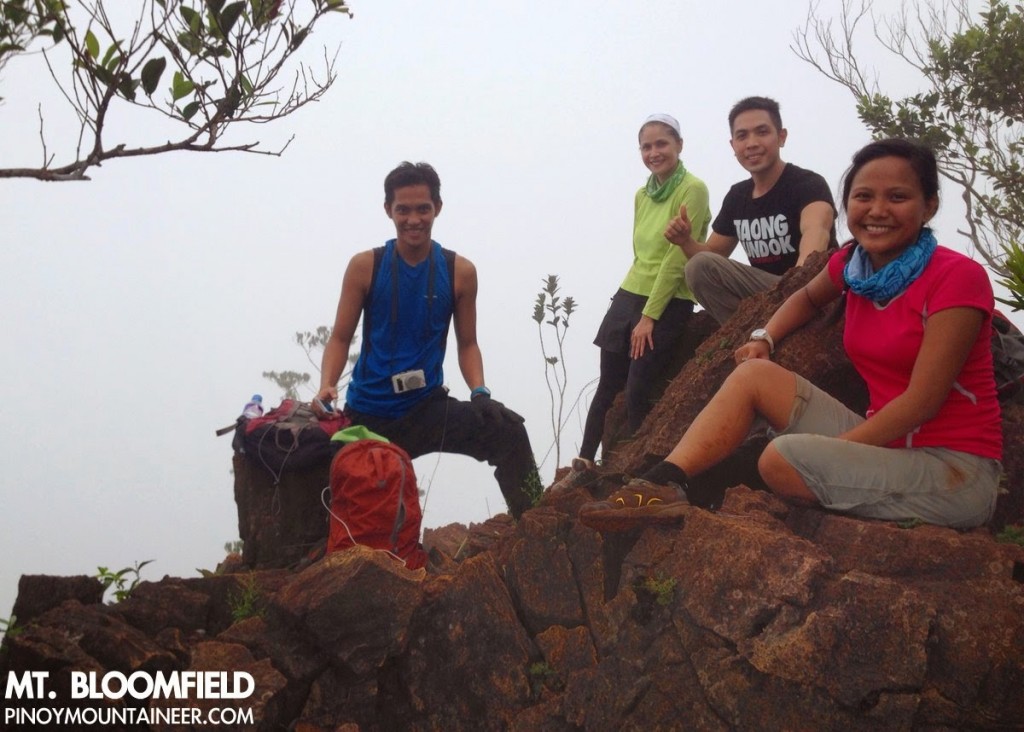 The descent was smooth and straightforward, taking less than two hours. Though it threatened to rain a couple of twice, we had mostly good weather. As I descended, I thought that clouds, though they may obscure the view of the world outside, they make us look nearer, and in doing so, appreciate the beauty that is closer to us. In Mt. Bloomfield’s case, it was the rocks, the trees, the birds, the sea breeze, and the waterfalls. And of course you can add to that the great company! Thank you Agot for visiting Palawan and James and Jessa for accompanying me in another wonderful hiking adventure! 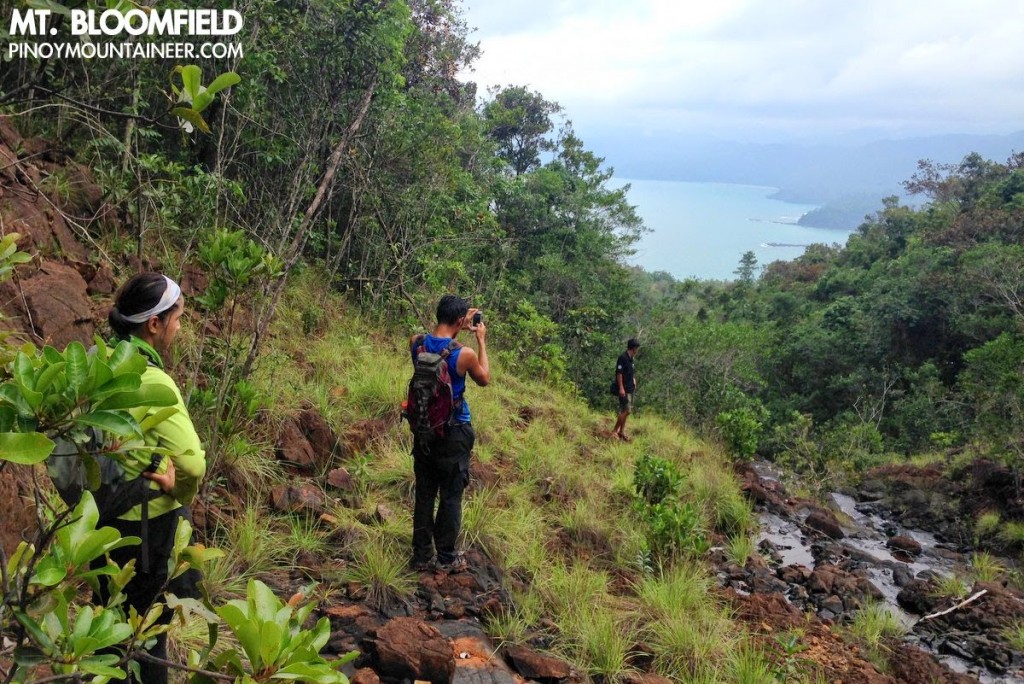 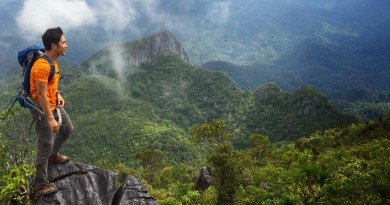 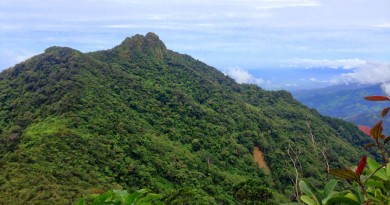 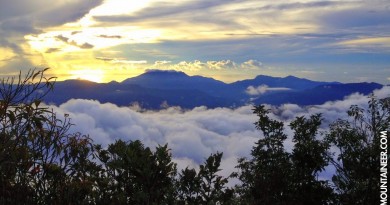 sir gid, can i ask for a contact number of the guide and ms jessa, im having my solo adventure in palwan this 3rd week of feb, im planning to climba this mountain as my adventure in palawan.

Thanks a lot. My climb was a success in disguise. hahaha… Kuya Aying and Mam Jessa laughed hard at me because we really thought I climb to only see clouds and thick fog. Thank God after an hour of waiting, everything cleared up. I not only saw the wonderful views from Eagle's Ridge, but a full rainbow as well. Magical indeed. thanks a lot for your blogs. It was through you that I was able to contact trustworthy and professional people to guide me. I climbed alone with Sir Aying and was complacent of my safety. Thanks ^_^