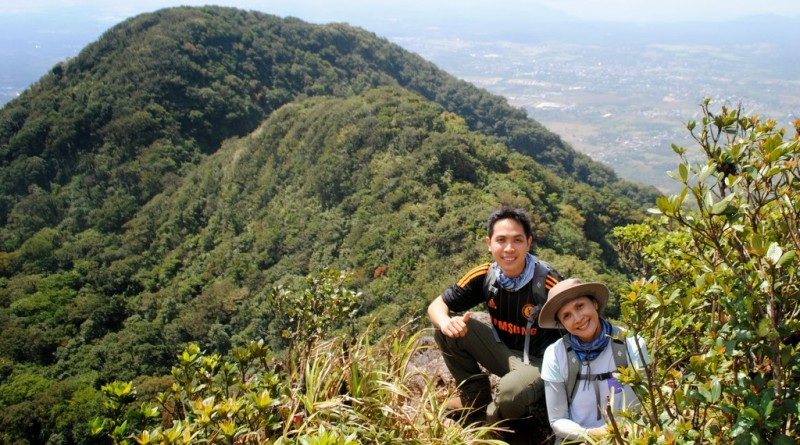 LOS BAÑOS, LAGUNA – Having grown up in its shadow, I consider Mt. Makiling my home mountain, and for over a decade now I have made it a point to climb it at least once a year. Today I am glad to have fulfilled this tradition, with Agot Isidro joining me – her first climb since hiking up Gunung Batur in Bali, Indonesia last year. 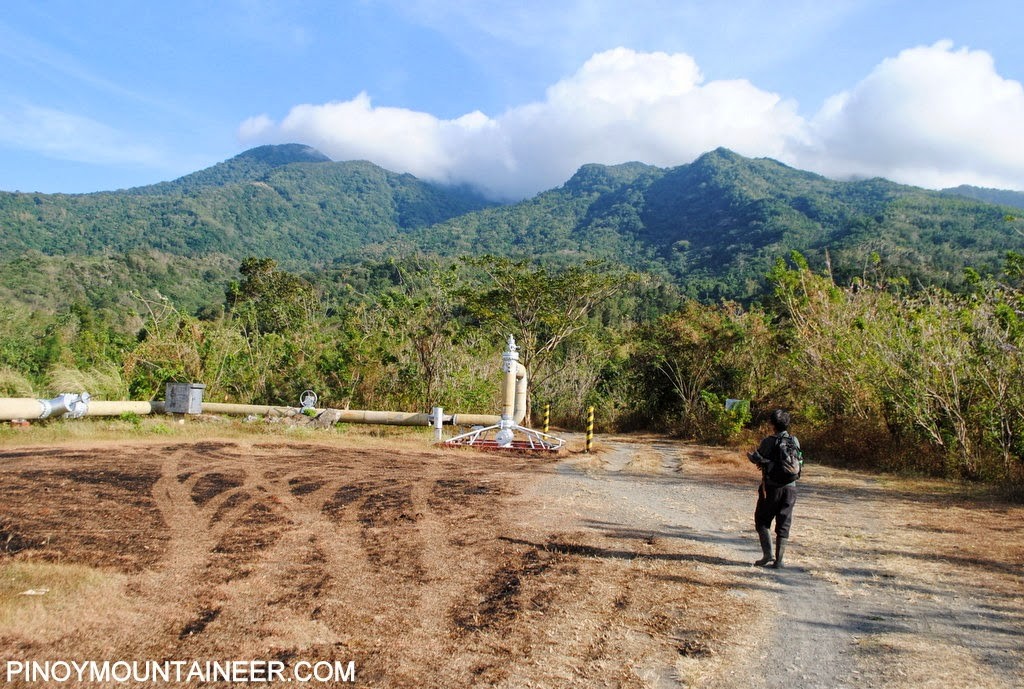 We relatively had a late start from the Sipit Trail jumpoff (Sitio Jordan, Brgy. San Vicente, Sto. Tomas) – 0830H. As an additional safety measure, I asked for a guide – Tatang Jun – to accompany us. Later, when I felt more confident with our performance and the weather conditions, I let Tatang Jun come home so he will not end up in faraway Los Baños. 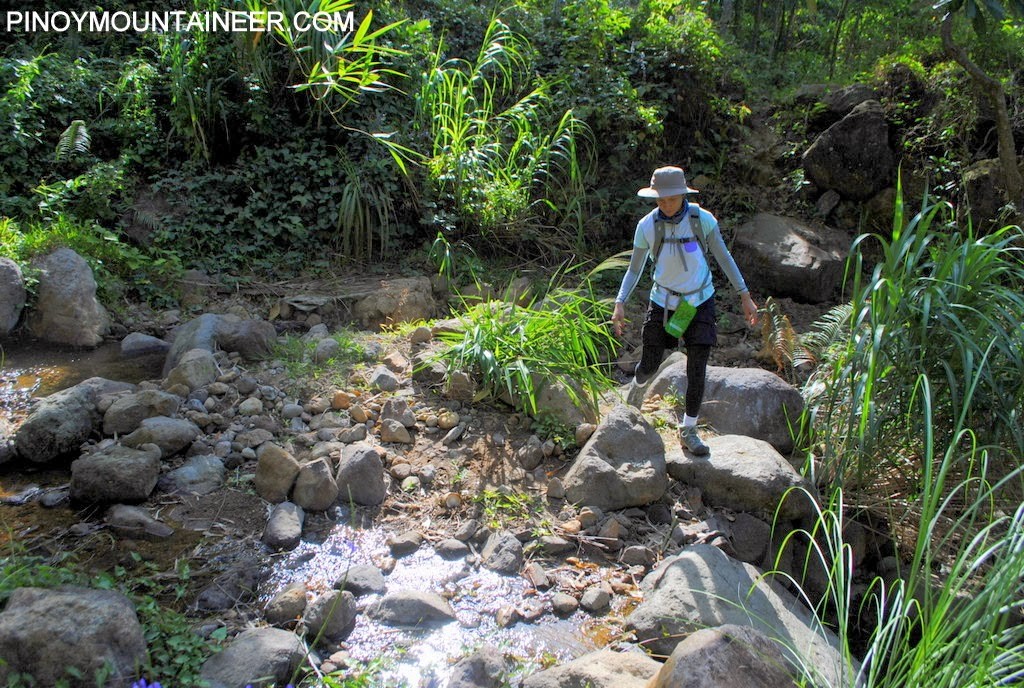 After a gradual meandering through Stations 1 and 2, the trail picks up its incline as we headed towards Station 7- the junction between the Sipit Trail and its predecessor, the now-defunct Palanggana Trail. After a rest stop at Station 7, we continued up the ridge, which has moderate gradient, until we reached Palanggana Peak, after which the trail mellows down a bit towards Melkas campsite. Notably, there are many more ropes now to assist hikers. 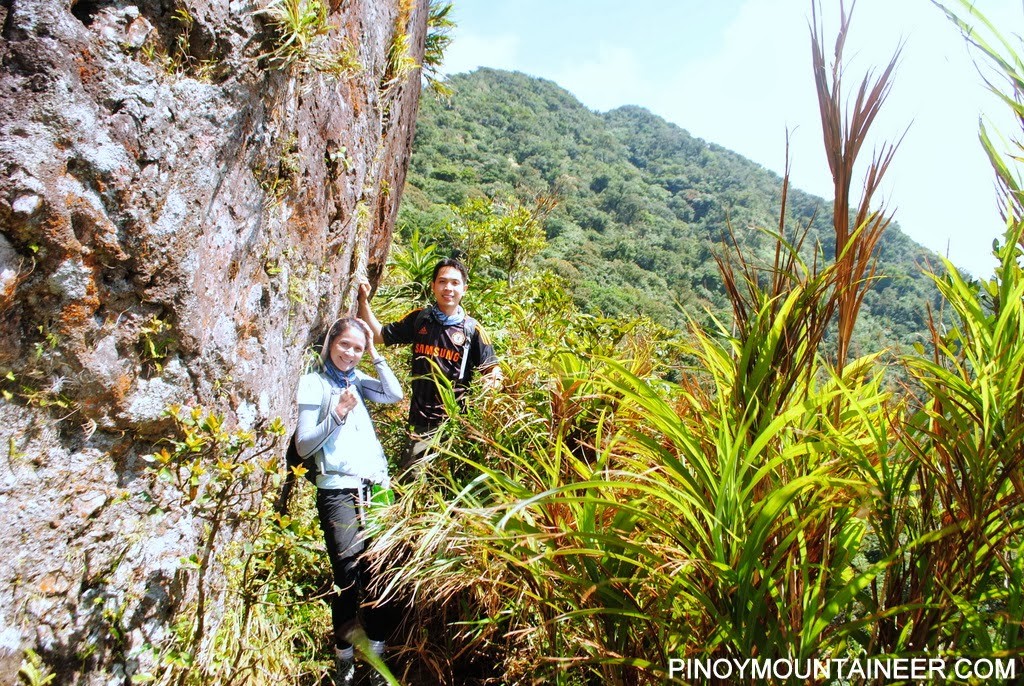 By 1130H we had reached the start of Melkas Ridge, and we took the customary photo beside Haring Bato – the towering rock from which the ridge commences. During rainy season from this part onwards one should begin to expect the coming of the limatiks, but fortunately only saw one limatik throughout the whole hike. The fixed ropes are still there and are really a big help and comfort for those doing MakTrav in the first time, or those hiking in bad weather. 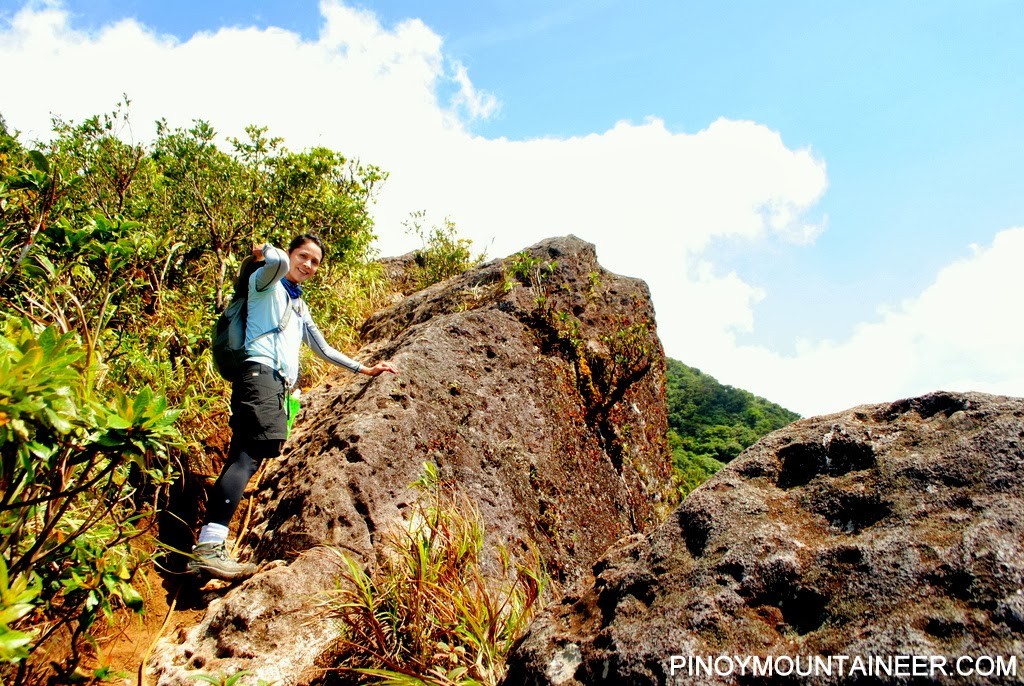 Melkas Ridge concludes in Peak 3 – a small flat peak surrounded by grass – and we reached it before 1200H. After sending off Tatang Jun we continued onwards through the up-and-down (at least two minor intermediate peaks), obstacle-laden trail from Peak 3 to Peak 2. It is still exciting, but it is now much easier compared to its condition in 2007-08, when it really lived up to the name ‘Wild Boar trail’. We reached the summit at 1310H. 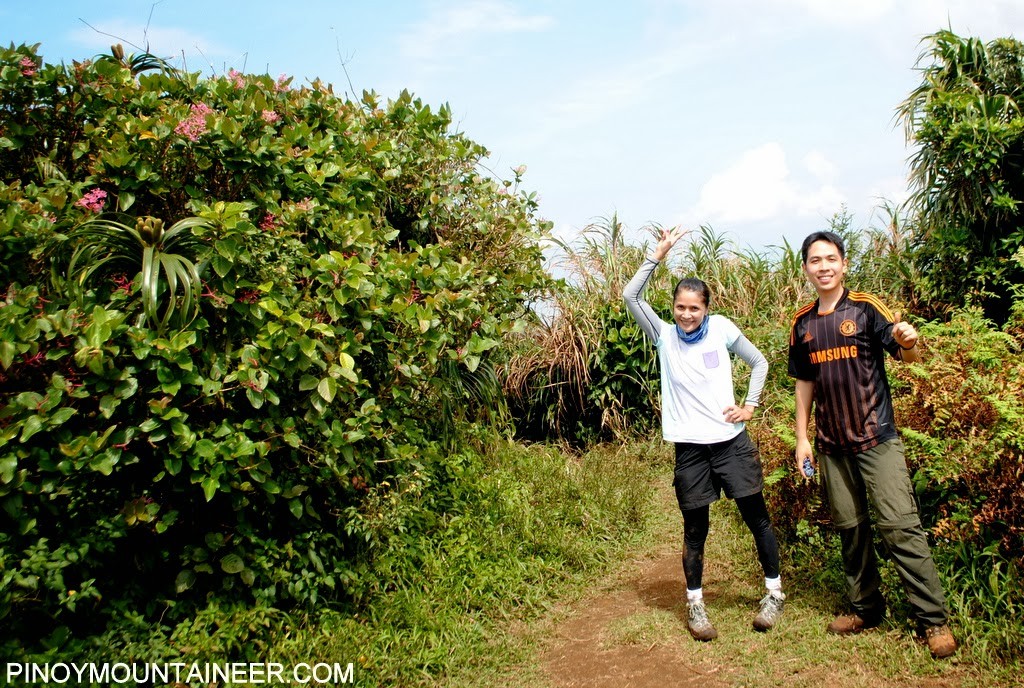 Ten minutes later, we began the descent. At the onset, one can palpate the difference between the narrow Sto. Tomas and the wider, well-established Los Baños trails. With a wooden ladder at the previously exciting ’90 degrees’ and other implements, it has really become a nice jungle trek, a nice cool down from the traverse trail – with caveat that it can still get muddy and limaticky (Don’t look up this word in Webster!). 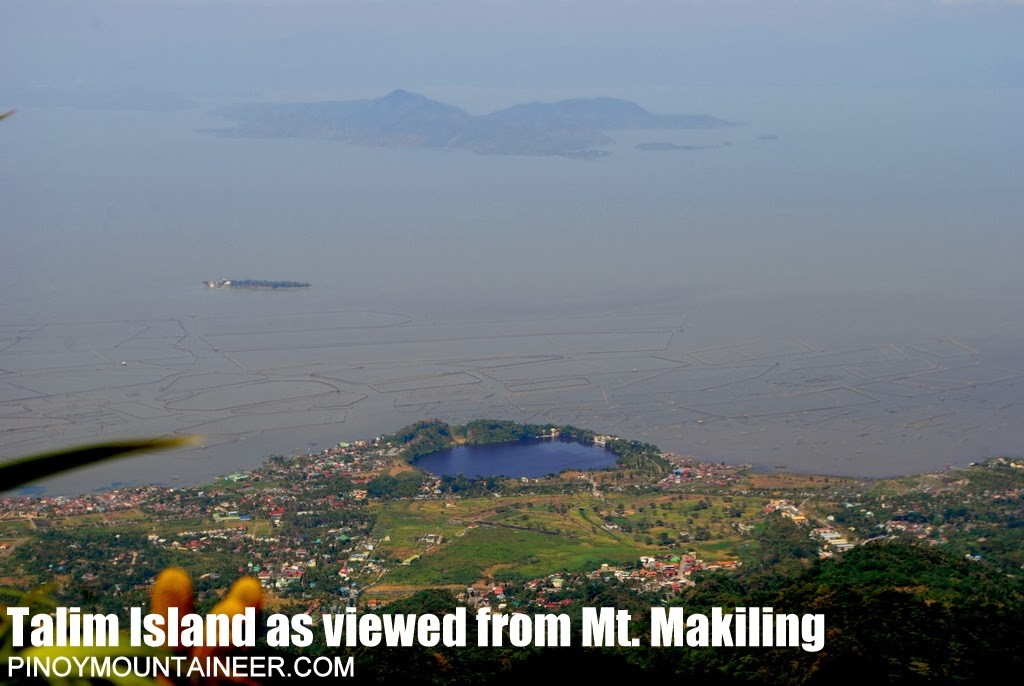 By 1500H, we had reached the Nursery/Mudspring area – where stores sell buko juice. Not wanting to extenuate the hike in rocky road that can feel monotonously endless, we agreed to the locals’ offer of habal-habal to take us down the UPLB trailhead. After a brief swing by UPLB for carabao yoghurt, we called it a day – a nice hiking day – and by 1600H I was home. 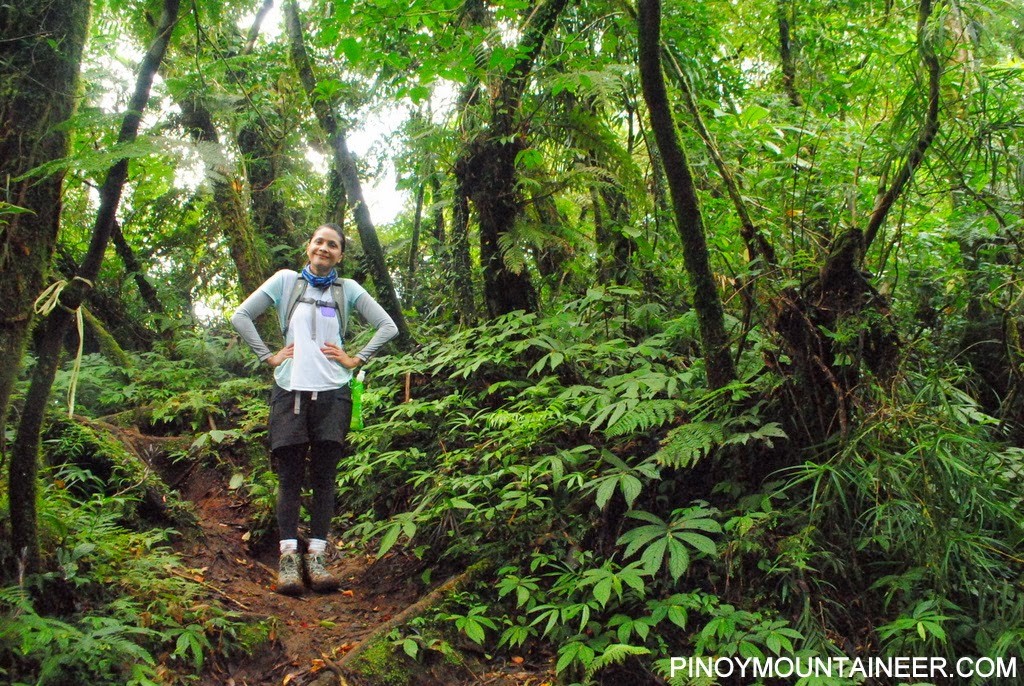 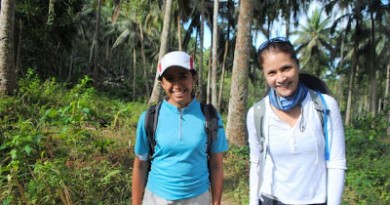 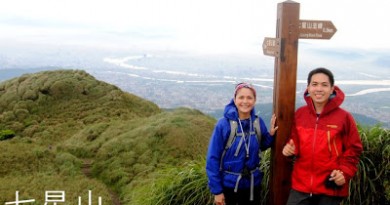 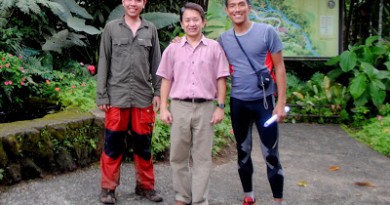