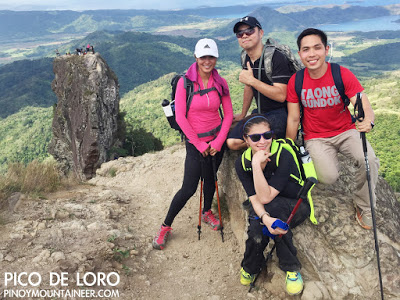 I’m back! After three months in the US and Ecuador, it is such a great joy to be home again. Fortunately I was able to do some adventures abroad – the volcanoes of the Andes were great (see Hiking matters #456-459) and so was that long weekend in the Appalachian Trail (Hiking matters #461-463, forthcoming). Still, I always keep coming back to the Philippine mountains. 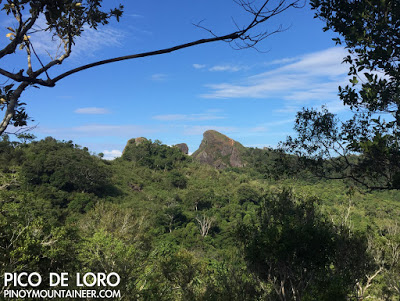 Two days after I returned, I found myself doing a Pico de Loro Traverse, from Maragondon, Cavite to Nasugbu, Batangas, with what turned out to be a special group of hikers: Angel Locsin and brother Angelo; Chito Miranda of Parokya ni Edgar; actress-model Bubbles Paraiso, my hiking buddy Coby Sarreal, and Trail Adventours’ guides Bani Balaguer and Cathy Hermogenes, and young Palaweño hiker Brenton Tan. 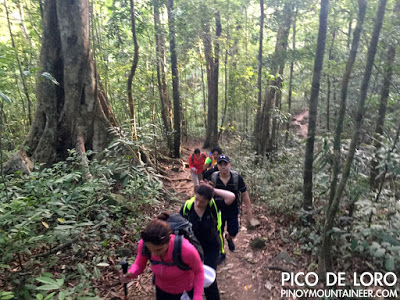 Since first climbing Pico de Loro in March 2005 – well over two years before I even started Pinoy Mountaineer – I have hiked up the mountain at least nine times, and I could personally attest to the beauty of the place, which is why I commended Angel for a good choice of a third mountain, having done Pulag and Pinatubo in the past two weeks. 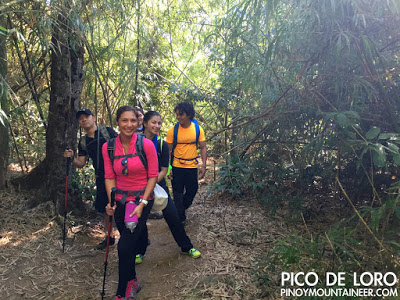 As for me, my previous hike in Pico de Loro was in February (see Hiking matters #448) and I was curious to see how the New Trail has turned out after four months, given the new policies of the DENR. Additionally, we decided on the traverse trail as I hadn’t done it for quite some time and I wanted the new hikers to maximise the Pico de Loro experience by taking two different trails. All other things being equal, it’s always great to do a traverse! 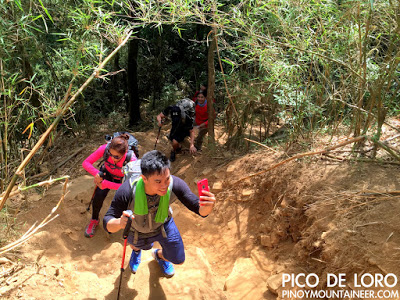 We started trekking from the DENR station at 0614H, taking a steady but relaxed pace. It was a fine morning, even though we were mindful of the chance of afternoon rains. Even as we were commencing the hike from the brookside, Chito and Angel were already expressing an admiration for the beauty of the forests – certainly it was a different environment from the lahar sands of Pinatubo and the pine forests and grasslands of Pulag! 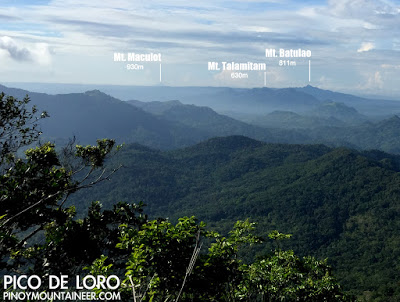 After an hour or so, the trail picked up a bit in terms of slope incline, and after 80 minutes we were at one of the viewpoints in the DENR trail, which revealed Batulao, Talamitam, and a faint upper 200 meters of Maculot which weren’t eclipsed by the Tagaytay ridge. We then proceeded to the campsite to appreciate the views there – including that of the summit ahead! 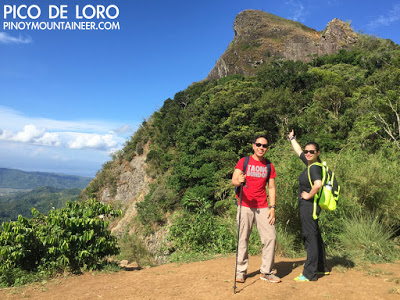 Finally we proceeded with the final assault to the summit. Although it relatively short, taking just 10-15 minutes, it can be quite challenging, with a rocky scramble and an exposed bare section made precarious and slippery by the gravel and sand. 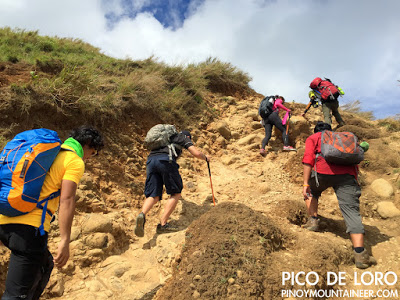 As in many trails, it’s all about finding your balance and choosing your steps carefully. In this, everyone did well. By 0912H, we were at the summit! To the north, we were treated to a view of Manila Bay with Corregidor Island, and behind it, the majestic Marveles Range. Both lying at the mouth of Manila Bay, Pico de Loro and Tarak Ridge are actually closer to each other than to Manila. To the east stood the features of Batangas including Batulao, Talamitam, and the Tagaytay Ridge; to the south lay the wide coast of Nasugbu and the West Philippine Sea. 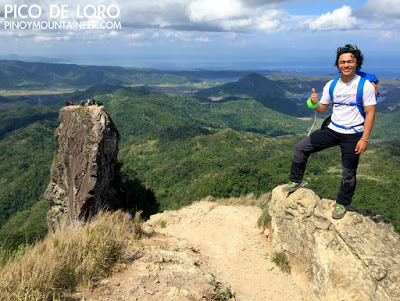 We were just halfway through our journey, however, as we had to go up the Monolith and continue the traverse to Nasugbu via what would turn out to be an enjoyable trail! The adventure continues in Hiking matters #466! 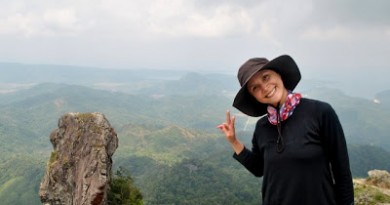 Gapang talaga ako pa-summit then papunta sa monolith, hirap na hirap ako sa rock climbing. Nakakatawa talaga. But it was all worth it when I reached the top of monolith.

Looking forward to try traverse when I get back to Pico De loro. 🙂

Good afternoon sir. My friends and I are first- time hikers , and we decided to try pico de loro. (We're going to climb this June 21,Sunday) I was searching through the internet for recent hikers and stumbled upon your blog (although I've already stumbled on your posts on your previous pico hikes)

Being an experienced hiker, I would just like to ask some tips on basic hiking.
What would be an appropriate attire (pants, top, footwear) i've noticed that most wear pants and I've read on the internet that cotton would be good. Also for the footwear, would rubber shoes suffice?

Any other advice for beginners for this specific mountain too sir? Thank you sir. 🙂