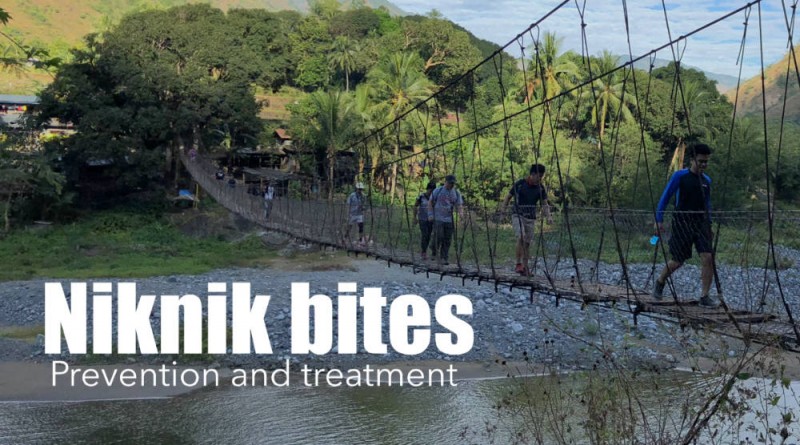 More feared by mountaineers than mosquitos and perhaps even the notorious limatik, niknik are a group of tiny insects also known as gnats, sand flies, or sand mites. They thrive in riverbanks and coastal areas but have a broad geographic range; some species may have a predilection to certain weather conditions. Interestingly, only female niknik actually bite humans. Males just feed on flowers and plants. This is because females need protein to produce eggs.

Just like the limatik, niknik secrete anticoagulants, which cause the allergic reaction that cause the severe pruritus (itching). Symptoms of the bite – particularly itching – can persist for weeks; some individuals are more sensitive to insect bites than others.

Here are some ways to prevent niknik bites.

What if you already had a niknik bite? What are the treatment steps for it? Importantly, go to the hospital immediately the bite marks are expanding rapidly and you are having difficulty breathing – this can be a sign of a severe allergic reaction.

Otherwise, in most cases, here are the reasonable measures to take:

Do you have any experiences with niknik or tips you’d like to share? Send us your feedback at info@pinoymountaineer.com.

Assembling your first aid kit for camping, hiking, and the outdoors 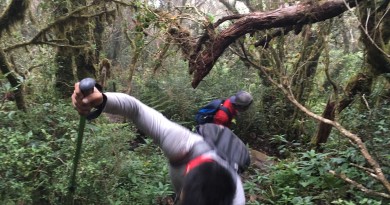 Mountains as medicine: Hiking for health and wellness 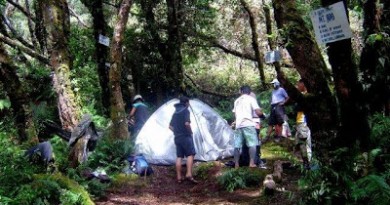 Climb Health: Tips to prevent snoring for hikers and campers