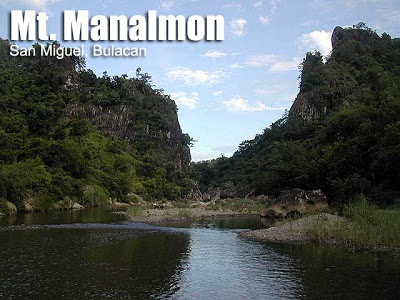 BACKGROUND
Part of the historical Biak-na-Bato National Park is an outdoor destination called Mt. Manalmon, in San Miguel, Bulacan. Although merely a hill, strictly speaking, Mt. Manalmon possesses novel landscapes, including those of Madlum River, whose rock formations compensate for an otherwise unremarkable environ. Also, nearby sites such as the Bayukbok Caves (a 2-hr exploration from the River) and Madlum cave (historical due to an 18th century relic) can be coupled with a trip to Mt. Manalmon to maximize the Biak-na-Bato experience. Also, complementing Mt. Manalmon is another elevated ground called Mt. Gola; instead of turning right at the bifurcation, going left would lead to this peak, which is also a good vantage point.

Reaching Manalmon is commenced by taking a bus to Cabanatuan, and then alighting at Brgy. Kamias, San Miguel, Bulacan. From here, a tricycle ride can take you to the jump-off at Brgy. Madlum. From here, the entire trek only lasts for 2 hours. You will first pass through the Madlum cave (also called Manalmon cave); and then the rest of the trail would be passing through / crossing the Madlum River; this is the higlight of the trek. Camping may be done either after the river, or within the summit area. At the peak of Mt. Manalmon, you can see the Sierra Madre range to the east; and Mt. Arayat to the north. Still, it will be the rocky formations, the river, and the caves that will make Manalmon a memorable adventure. 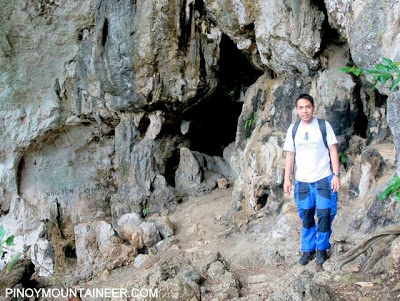 A brief section of Madlum Cave forms part of the initial trail. 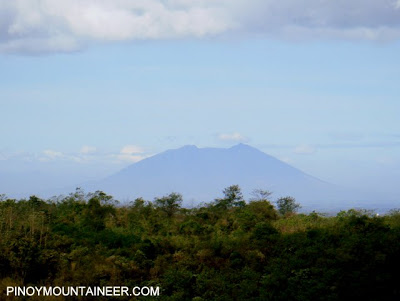 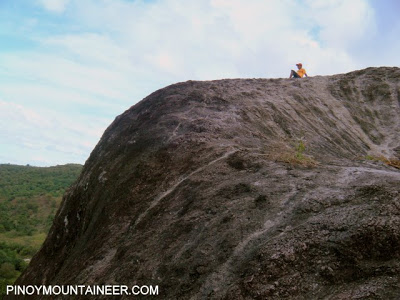 The rock face of the summit is one of the highlights of a Mt. Manalmon trek. 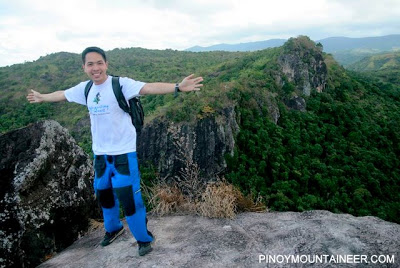 Atop Manalmon, with the rock formations of Mt. Gola at the background.

TRIVIA
Scenes from GMA-7’s “Mulawin” were filmed in the trails of Mt. Manalmon, including the caves.

Revolutionaries such as Emilio Aguinaldo took refuge in the caves of Biak-na-Bato to hide from the Spaniards. He even made it his headquarters in 1897; the intricate system of caverns faciliated his safety. It is estimated that there are over 100 caves in the area.

In recognition of its rich history, then Pres. Manuel Quezon declared Biak-na-Bato a National Park in 1937.

Many thanks to the Tribe c/o Sir Ruben Espinosa for the picture and information on Mt. Manalmon. 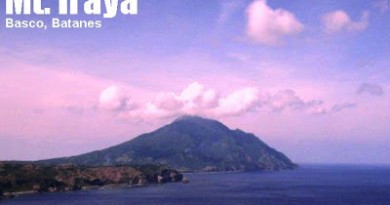 sir, di pa po talaga open ang Manalmon, pero they can allow climbs depending on the cicumstances. I was there Oct. 10, Sat.
for info about Mt. Manalmon climb, update lang po:
– they do require a permit before climbing
– you have to email or text the POC, Tata Carling at least 5 days before the climb
– then the permit can either be acquired from the Municipal office on weekdays, or the POC will be the one to bring it to the jumpoff point at Brgy. Madlum – fees may be charged for the permit
– if you don’t have a permit, it’s up to the Guides to allow you to climb, but you will have to sign a waiver
– fare/pamasahe is still 117 Php from Cubao to San Miguel, Bulacan (Cabanatuan-bound buses, any bus company on EDS northbound)
– there will be buses every hour starting 2am
– tricycle fare from San Miguel to Brgy. Madlum is 240 php; there will be trikes available to and from Madlum
– bus ride may take up to 3 hours from Cubao, tricycle ride will be around 35 minutes
– registration fee is 5 php only but will be 10 php next month as the additional 5 pesos will go to
environmental fund
– guide fee: 3oo php dayhike, 200 php additional if it includes caving in Bayukbuk; overnight is 600php – it’s fine the guides will stay the night with you
– there is a cable bridge now so you don’t have to ride the raft or use the monkey bridge to cross the river
– there will be just one river crossing, which is just knee-deep but it’s where the headlined flashflood happened
– there are a few trails to the summit, it’s up to you if you want to go the easy or if you want the 70-degree
assault
– the guides are polite, and they really follow protocol here; it’s apt for a protected area, anyway
– if you go home after 4pm, you may experience heavy traffic so it may take up to 4 hrs to go back to Manila

hi
me and my friends we're planning to go on a trip
and i found this site
ask q lng po
kng magkano po aabutin ng overnight stay and ksma po mga side trip
for 10 persons?

Thanks PinoyMountaineer.com for this very useful blogpost.