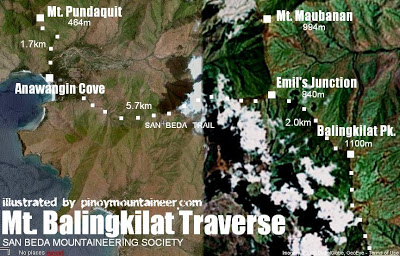 BLOGGER’S NOTE: Starting January 2009, PinoyMountaineer will feature exploration climbs from various mountaineering clubs as “Climbs of the Month”. If you have done a climb – or if you know of a climb that deserves to be cited and featured as such, then please do email us at info@pinoymountaineer.com.

On December 27-29, 2008 the San Beda Mountaineering Society (SBMS) successfully performed the first-ever recorded traverse from Mt. Balingkilat to Anawangin Cove. This major feat, which comes after the recent interest in Zambales mountains spurred by YABAG and other mountaineering groups, connects two of the popular destinations in the province and makes Zambales an even more exciting hotspot for Philippine mountaineering. Moreover, Anawangin Cove would serve for Mt. Balingkilat what Silanguin Cove has done for Mt. Cinco Picos – these two, almost parallel trails combining land and water elements to create great outdoor adventures in the region. 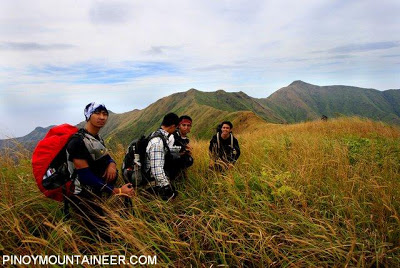 For their first day, they followed the regular trail up Mt. Balingkilat. The real adventure began on the next day, when they spent the entire day traversing from Balingkilat to Anawangin Cove, passing by an open ridge on a northwest direction. Based on topographic maps, the San Beda trail is 8-9 kms. Although the Balingkilat summit is the highest point in the climb, the trail passes by some peaks of the range, such the Pointed Peak itself (in distinction to the summit of Balingkilat) and St. Benedict’s Peak. Throughout, the climb looked very scenic — the SBMS guys were also blessed with cloudy skies (a cloudless sky and a fierce sun would have doubtless been scorching). The traverse trail lasted 7 hours, and the group finally reached Anawangin Cove at around 3 PM on December 28. The rest, I’m sure, was a euphoric campout at the Cove, and then the boat ride to Pundaquit. 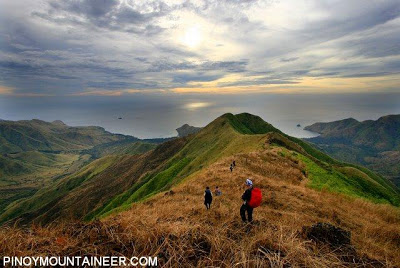 This will doubtless spawn a lot of possibilities. Perhaps an option that will emerge for future climbers is a two-day IT which will mean a quick-in quick-out from the Cove (although late afternoon waters may not be conducive to such plans on certain seasons). Then, for the fatigue-addicts, a pure land trip by continuing the hike up Mt. Pundaquit from the Cove. Watch out for the itinerary of this trek which will come out very soon in PinoyMountaineer.

Provisionally, this major climb is assigned a difficulty rating of 6/9 and will be entered into our registry as “Mt. Balingkilat/Traverse to Anawangin Cove (1,100+)”. For the novelty and creativity of coming up with this traverse, and for the excellent documentation, this climb is the Climb of the Month for January 2009. 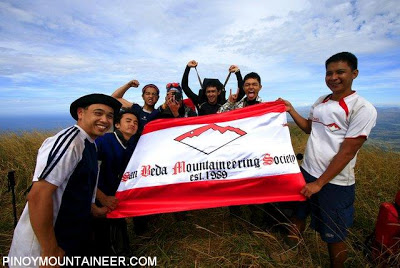 ERRATUM: I think the “Balingkilat Pk.” I drew in the illustrated map actually refers to the Pointed Peak, and the summit itself lies more southern in the map. Yet for illustrative purposes it will suffice until I revise it for the traverse article.

PS: The SBMS logo looks very cool on a black background – reminds me of Uchiha Itachi and Uchiha Sasuke ^^ 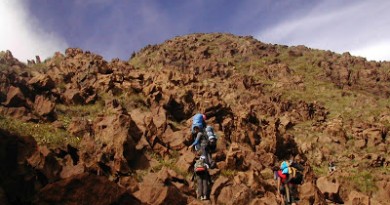 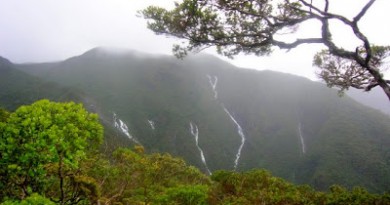 Climb of the Month: Mt. Mantalingajan, the “Mountain of God”

9 Comments on "Climb of the Month: Mt. Balingkilat-Anawangin Cove Traverse"