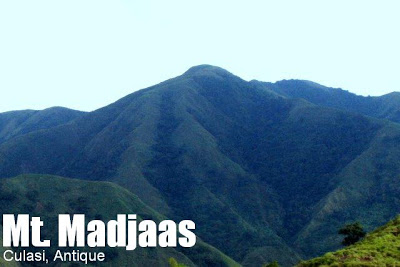 BACKGROUND
Chief among Panay mountains and revered in local culture and tradition, Mt. Madjaas in Culasi, Antique is one of the most challenging climbs in the Visayan islands. Some questions have been raised whether Mt. Madjaas (or Madja-as; Madia-as) is the highest or second highest in Panay, but for now it is recognized as the highest. And regardless of this dispute, Madja-as is certainly the mountain that makes Antique a truly rewarding destination for climbing.

Madjaas means ‘mataas’ in some local dialect, but in English it can suitably described as ‘lofty’ instead of just tall. This loftiness will definitely be felt in the summit which opens up to the view of Western Panay island and the surrounding seas, but it extends to the mossy forests of the mountain, in which several unique flora and found have been identified.

Access is still limited and Madjaas is currently a relative-unexplored peak, but as we get more information we expect that Madjaas’ rightful place will be restored.

Day 0
Travel time from Kalibo, San Jose or Iloilo to Culasi
and off to Brgy. Flores.

Day 4
Sidetrips / Head back to Iloilo or Kalibo

SPECIAL CONCERNS
Transportation. To access Culasi, take a bus from your arrival point in Panay Island, more frequently Iloilo (4-5 hours ride) or Kalibo (2-3 hours). Then take a tricycle or jeep to the jumpoff at Brgy. Flores.

Contacts. We are still in the process of gathering contacts and more information about Mt. Madjaas.

TRIVIA
The mountain’s Malay-sounding name has in fact some Malayan origin, tracing its roots from the story of the Ten Bornean Datus and the ancient “Confederation of Madjaas”. 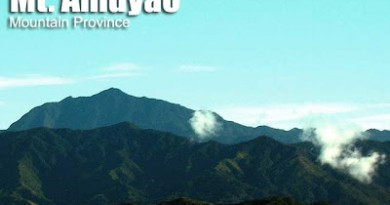 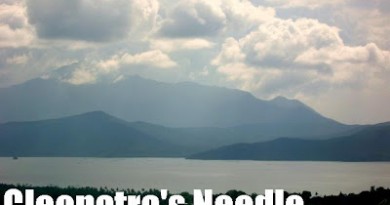 been able to reach the peak of Madjaas last June 22, 2015 at around 1125 hrs. Only this mountain satisfied me to the fullest in my many years of mountaineering. Maybe because reaching the peak of this mountain was a childhood dream. hahaha

Good day fellas! We just scaled Mt. Madjaas and it was worthwhile. The longest hike in my life. 21 hours during our third day. From 130AM to 1030PM. The trail isn't that easy especially during the 3rd day. Expect more crawling. The varied landscapes is a plus when climbing this mountain. Awesome view of Culasi town and nearby municipalities. Loved the sunrise and sunset.