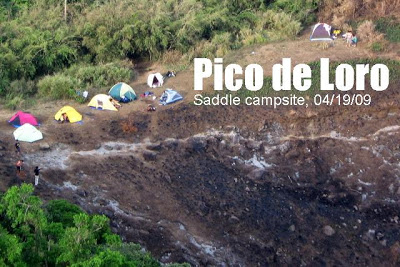 LOS BANOS, LAGUNA – I had hoped to immediately write about the recently-concluded Visayan Voyage but when I arrived in Manila, I was bothered by several emails, comments, and complaints about the situation in Pico de Loro.

For instance, Cecil of AMCI emailed me: “Somebody set fire to the grassland between the bamboo groves all the way to the edge of the cliff, probably a week or two earlier. The area is full of trash, and somebody spraypainted a rock between the campsite and the summit with a fraternity logo.”

To those so-called “mountaineers” or whoever did these atrocious acts against nature, SHAME ON YOU! This is not a self-righteous commentary, but a statement that I believe is shared by everyone who is concerned about the situation in Pico de Loro. I am calling on all mountaineers to POLICE the mountain, be vigilant against these acts, and REPORT any groups/individuals who may be responsible for this outrageous actions. Let us unite against this madness!

Please spread the word: Mt. Balagbag, the land cries out, for they have taken the trees away

Pico de Loro area to be made into a landfill? 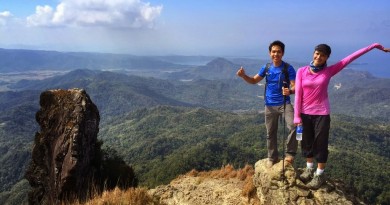 52 Comments on "ENVIRONMENTAL ALERT: Stop the vandalism and destruction of Pico de Loro!"

If ever na my Clean-Up drive this is my Email Address: louisedeguzman@hotmail.com