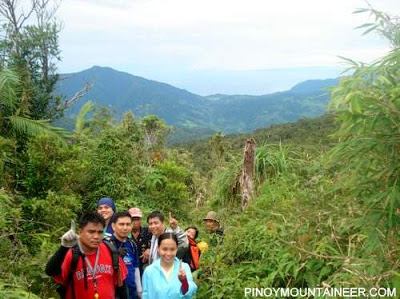 It was back to Adams for ODMG. The onset of the rainy season would feel incomplete without revisiting Adams’ rainforests, vociferous with insects and birds;its floor covered with the heavy carpeting of months’ worth of decaying leaves and bark hiding ravenous limatik just waiting for that bit of uncovered skin of the unwary trekker who stopped just a second longer than necessary. After several treks up, over and back the ranges of Solsona and across the rushing waters of the mighty Gasgas river, it felt refreshing to once again breathe that heavy, decomposing smell of an unending forest, characteristic of all peaks in this last town of Ilocos Norte.
This time, we were exploring Mt. Pao, a lesser known peak than Mt. Palemlem and Mt. Linao; previously explored by a local environmental group a few years ago and described as “extremely rugged”, we were all excited, expectedly by the thought of trekking up and documenting for the first time, trails we’ve never been to yet. We were met by Mr. Paul Acupan in the town and introduced to our guides. He cautioned us that since it rained very heavy all day and night the day before, the trails were sure to be slippery and washed out and the limatiks were “biting”.
From the town, we trekked through rolling sloped farm lands and the Cabacan creek until we reached the trail head. It had started raining almost as soon as we left the town plaza and the downpour brought the humidity down even in the canopied forest and the air became pleasantly chilly. It was a fairly established trail however, with a good steady incline and after three hours of straightforward trekking, we reached a wide enough clearing at 1012 masl. Here we decided to pitch camp and settle in for the night. Since we had several newcomers to the group, we were keen on making the weekend a nature appreciation climb and not push our guys too hard. Besides, the rains gave us little daylight left even if it was still early afternoon and we rushed to get dinner cooked and eaten before we were truly soaked. Thus the relaxed atmosphere, despite the rising cold, put everyone in a happy mood and after a hearty dinner, the socials were an actual treat. 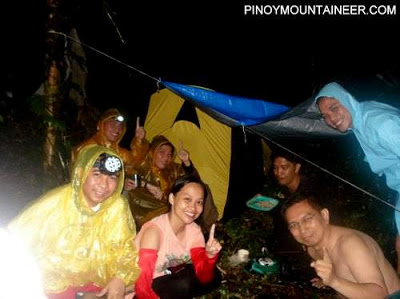 The following day was just as relaxed and unhurried and we left the campsite unloaded to look for Mt. Pao’s summit after breakfast, around 7:30 am with no hint of rain in the air. After two hours of even trekking, along quite worn paths, the trail opens up to a clearing where we were treated to a spectacular view of Adams’ mighty peaks to our left, Cagayan to the East, and the whole expanse of the South China Sea to the North and West continuing on to the horizon. We reentered the forest and eventually, after another hour, reached the summit of Mt. Pao at 1310 masl – even higher than Mt. Palemlem! Here the rattan plants grew wild and huge and our guides showed us how to suck fresh sweet water from its bamboo stems. This was a welcome necessity as most of the party had already consumed the last of the paltry water they carried for the trail. Since the last water source was at the Cabacan creek, we were sparing with our water. We shook hands and shared congratulations, a little disappointed that the summit did not offer a view and was featureless save for our rattan survival lesson but we were grateful nevertheless for another summit climbed.
We made our way down on a run. In the descent, Arch and I saw a small flock of bright red feathered wooden peckers that flitted above our heads and accompanied us a good number of paces, their cheery exchange of tweets and song blissful to our ears. We reach the campsite and started to strike camp as we cooked and prepared lunch. Still on an easy itinerary, the group was truly enjoying the trek and the fellowship. We left the campsite after lunch and headed down. We arrived back at the plaza in just a couple of hours, the sun hot and blazing, made our way easier along the sodden trail.
It was a pleasant climb, the type one can do as a reward or as a reminder that the sport can be enjoyable or pleasurable too and need not be pain and grunting all the time. It’s a no rush, easy pace kind of climb that can be shared with friends who are new to the sport. Mt. Pao embraces the trekker gently, as only Mother Nature can and allows a soft, quiet victory atop its crest – a tender connection between man and his mountain. 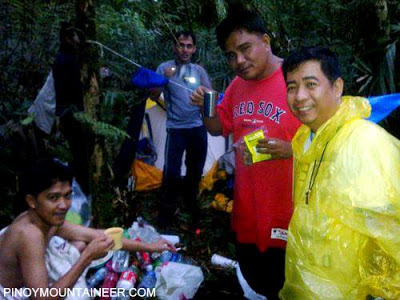 PinoyMountaineer.com is pleased to feature another mountain of the north with ODMG with the “Invitation to the Ilocos” series. This article comes after the publication of all 6 previous peaks in the September issue of Northbound Philippines , in an article entitled “Invitation to Ilocos: Introducing the Peaks of the Far North” by Gideon Lasco. More power to Aggie, Archie, and ODMG! 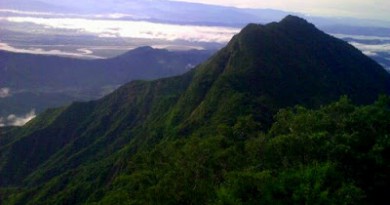 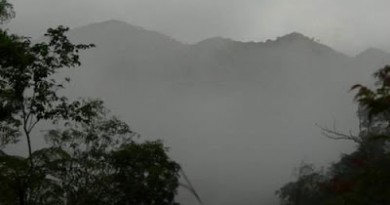 Invitation to Ilocos #9: The quest for the real Mt. Linao

4 Comments on "Invitation to Ilocos #7: Mt. Pao, another mighty peak of the North"

I hope Gid has it in the pipelines manong. Gave the write up to him already. Are you signing up for Kinabalu manong? 😀 I'm sure the Doc would just love the idea of having you on board. Reunion of sorts…

The team says hello manong. Ooops, we didn't know what to call the red feathered wood peckers, but they were a sight to behold. We heard hornbills thereabouts too.

PS Thumbs up on your deuter reviews. We've been using the dreamlites since you recommended them.

Hello Doc Gid! Thanks for posting this. 😀 The team really enjoyed this climb because of the nature of the trail. It's day hike-able and can be done back to back with other peaks in Adams. We are grateful to Sir Paul Acupan, the municipal treasurer of Adams who assisted us yet again. ODMG members who joined this climb were Jill Pillar, Jay Tamayo, Eric Agbisit and Jun Tiangson. Joining us as guests were Andy Ochangco and Alex Cerdan. By the way, your Invitation to Ilocos article for Northbound Magazine is superbly done! ODMG continues to be grateful Gid for your support and encouragement.

Am waiting for the Mount Bulagao (Sur/Abra) account Aggie
/Cecil