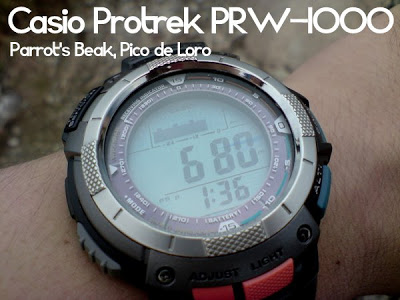 My third and current altimeter watch is Casio Protrek PRW-1000, which boasts of the usual “Triple Sensor”, acting as barometer, altimeter, and digital compass, not to mention giving the usual functionalities of a watch.

I bought this particular watch in Akihabara, Tokyo in 2008 and it is still working well until now; it has not run out of batteries probably because of its “Tough Solar” technology: the batteries are automatically charged by light!
So what do I look for in an altimeter watch? Of course, I want an accurate reading of altitude, though realistically, I am aware that these watches can only do so much; it can only arrive at a close estimate of the true elevation, and can never be used to debate about the exact altitude of a particular peak. Rather, these watches are more for yourself, to track your progress in a certain trail.
The accuracy is sometimes uncanny; it gave Mt. Apo a 2955, and Mt. Pulag a 2930 (which is probably the closest multiple of 5 to its true value). But on another trip to Pulag (just last month), it gave a way-off-the-mark 2850 at the summit. Of course I do periodic calibrations, and in terms of its altimetrics, this watch is much better than my previous, unimpressive Timex Expedition Altimeter watch.
Some didactics on the proper use of the altimeter: If you know that the summit is 2922 MASL and you’re at 1900 meters, you know that you still have roughly a thousand more to gain. If your time budget is 5 hours, then, as a general rule, you ought to ascend at a rate of 200 meters per hour, assuming that the ascent is straightforward. The Casio Protrek PRW-1000 has served well for this purpose.
As for the barometer, aside from deriving the altitude indirectly, it can also detect sudden changes in weather; a rapid drop in pressure can mean the approach of a low pressure area or inclement weather. This is hardly used in the tropics, however, where weather is really unpredictable and highly variable.
Unfortunately, the compass of the Protrek PRW-1000 has been a disappointed; it has stopped working since two years ago! It points to the wrong directions (i.e. west instead of east) and I’ve stopped using it, but perhaps it only needs to be calibrated at a service center.
But even without the compass, it is a very useful tool and I have no plans of replacing my Protrek, even though it has now found a complement: a Garmin Forerunner 305.
Will I recommend everyone to have an altimeter watch? Not really. These gadgets are nice to have but are non-essential. However, if you’re climbing a lot, it might be worth it to have one of these. I got mine on sale in Japan for $200 in 2008. I suppose just like in buying cars or cellphones, the technique in buying these watches is to get an older model. 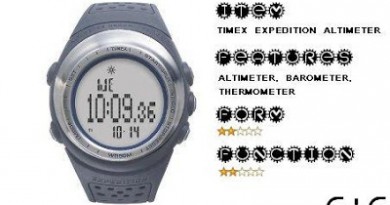 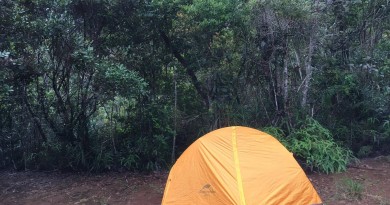 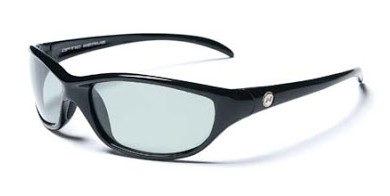