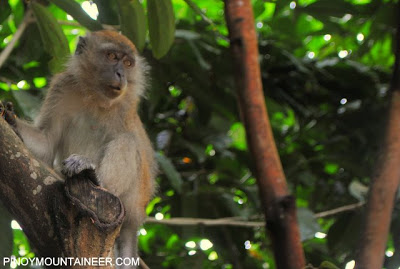 SINGAPORE – After our Pico de Loro climb on Saturday, I packed my bags and headed here in SG the next day for a three-day break. My plan was just to do some of my homework with finals approaching, and meet with some friends, but I realized that should not fail to make the trek up Bukit Timah, the highest point in the island nation at 166 MASL. Joining me was Khel Banzon, a participant of the Third Annual Charity Climb.
We met at the Newton MRT Station, and from there, we took Bus 171, which brought us to Upper Bukit Timah Road, taking us near the Bukit Timah Nature Reserve Center, where all the trails start. There are four trails, color-coded, with the red being the easiest, passing by a cement road. On the other hand, the green and yellow trails are almost 2 kilometers long apiece, and is “moderate to difficult”, so that’s the route we decided to take. 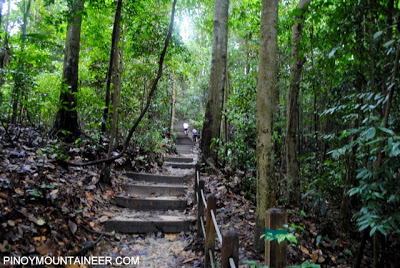 We started off with the Green Trail. I was pleasantly surprised that we were actually passing by actual trails! The forests were reminiscent of Mt. Makiling, only much less steep and much more established. We did not notice that we were already close to the ‘summit’, and we were there after just 45 minutes or so of trekking.
According to an elderly Singaporean we met at the summit, Bukit Timah means ‘Hill of tin’, which is a misnomer, because it was graphite, not tin, that was abundant in the area. He also said that the summit used to be a nice viewpoint, until the trees grew and all but covered the summit. 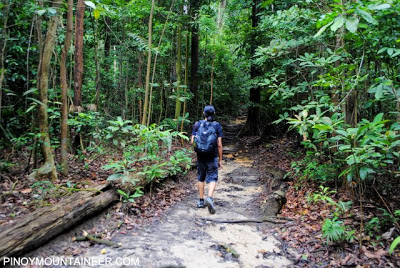 Going down, we took the Yellow Trail, making a loop near the summit, before taking the main road i.e. cement path back to the Bukit Timah Nature Reserve Center. Altogether, the trek took us 1.5 hours but we could have gone to the other trails, including the quarry sites and the Dairy Farm area up north where some climbing can be had.
We then proceeded to Newton MRT to have lunch of hainanese chiken. Reflecting on the Bukit Timah “walk”, it was was an easy trek, but still a trek, and neither a “joke” nor a destination that you visit just to say you’ve been there. Having said thus, I’m glad I went to Bukit Timah! 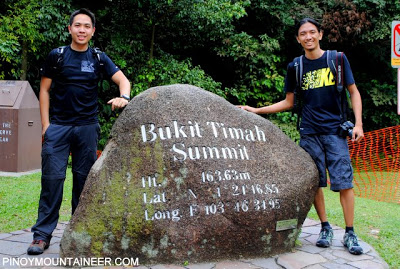 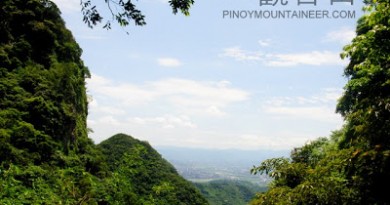 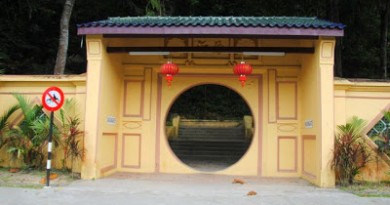 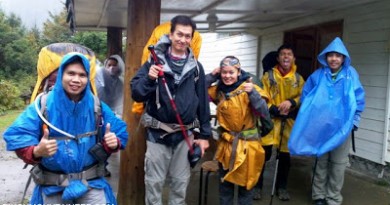 It is nice you have visited Bukit Timah.. Growing up in Singapore, it is one and few places that are still preserved. Tnx for the post. And keep up the good work.