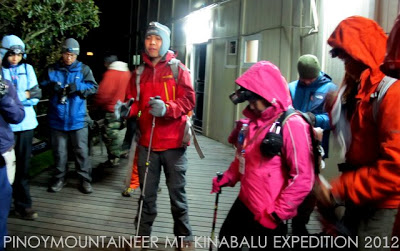 No matter how comfortable Laban Rata was, the time for sleeping was very limited; we had to wake up at 0150H, and add the excitement and the altitude you have the perfect recipe for insomnia; yet there is no choice; up there, one has to try to sleep, or else, just do the summit assault anyway. The adrenaline will have to suffice. 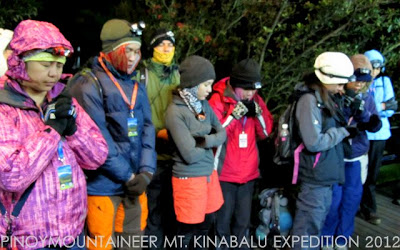 And so after the breakfast, and an earnest prayer, we started the summit assault, with the first participants leaving at 0220H. Four in the group – Jan, Allen, Farah, and Jeshua – were still planning to do the Via Ferrata – Low’s Peak Circuit and thus were in a hurry. I knew that arriving too early would not be good, since the sun is not yet up, so I told my companions that we should try to adopt a very relaxed pace. 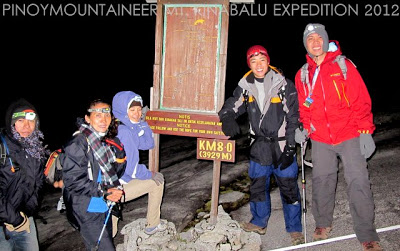 At first, we really had no choice; there were so many people ahead of us, creating a bottleneck that slowed down everyone. This is especially true in what they call the ‘Danger Zone’ where ropes are in place to help the hikers balance themselves in an inclined rock face; it is not really difficult but caution is required. Beyond this part, we relatively fast, and we were past Sayat-Sayat by 0400H. 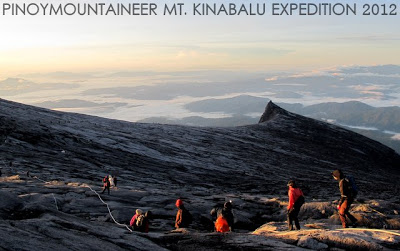 The challenge, then, was to move continuously so as not to get cold, and slowly so as not to arrive in the summit before the sun rises. This challenge was made more difficult by the wind, which was unusually forceful throughout our summit ascent (and descent). Nonetheless, we pushed on, encouraged by the beautiful views. First, South Peak emerged, leading to the higher St. John’s and Low’s Peaks. 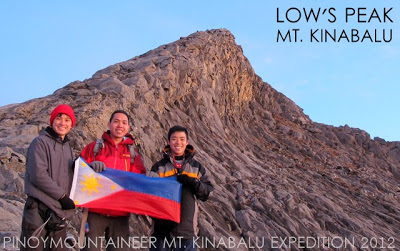 Back at Laban Rata, people were so excited to climb that they left very early, perhaps around 0200H. This is a very wrong move, as they would then arrive too early at the summit: too early for the sun that will illuminate their summit shots. Waiting amid the cold and the wind is not an option, besides, people will get angry if you occupy the summit for too long.
Our group still arrived a bit too early, so we parked ourselves first at the base of the summit and made the most by taking pictures. I also took a video with Javi and Lance to document our approach to the peak, and to describe the features of the summit plateau. 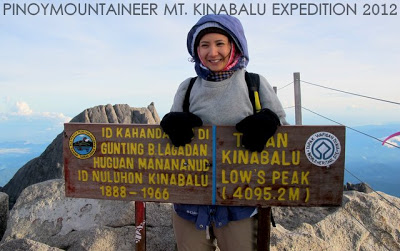 Finally, once the sun was up, we began heading to the summit and negotiating the final 65 meters that stood between us and one of the highest peaks, and perhaps the most prominent, in Southeast Asia. Thank God! Our prayers for good weather were answered, and as expedition leader, I was greatly relieved. Congratulations to all the members of the Kinabalu Expedition 2012! 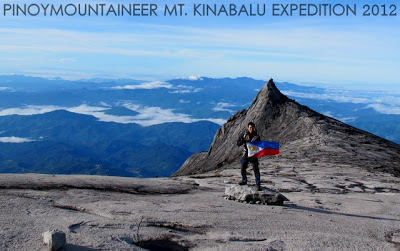 Even so, the summit is not everything; in hiking, one must come to the summit, but one must also strive to overcome it, that is, to go beyond it as the source of meaning for the act of going up the mountain. The summit cannot be divorced from the trail; a helicopter (or an elevator) ride to the summit misses the point of hiking, because it is the trail that gives meaning and glory to the summit. 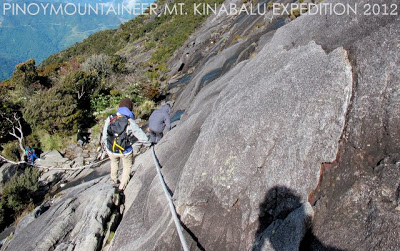 Going down was pretty straightforward; it was easier (and warmer) with daylight, even with the roped section. We had another buffet breakfast at Laban Rata, then we rushed to vacate all our rooms, with a 1030H deadline and stiff, 100 MYR penalty! Before long, we were back at the Timpohon Gate (thank you, knees, for enduring the continuous descent!). Yet the joy of the expedition shall linger. It was, indeed, a memorable experience, and I can only thank all the participants to making it a very special climb. 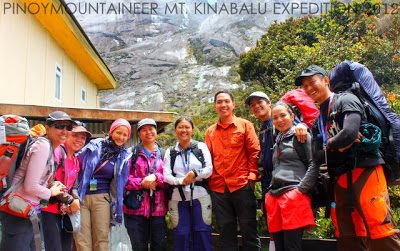 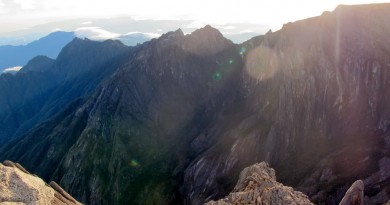 Viewpoint: Hiking photography and a tragic death in Mt. Kinabalu 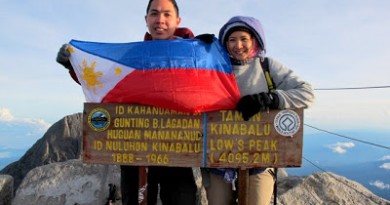 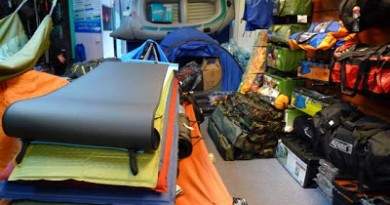