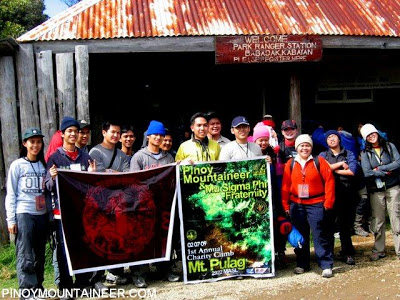 Thank you very much to everyone who joined and supported the First Annual Charity Climb! I’ve already uploaded some of the pictures in my Multiply site. To all the 72 participants of the climb, I am filled with gratitude because, as the first-ever activity organized by the website, it meant a lot to me; and I also thank the sponsors: Hi-Tec (the official footwear of the climb), Deuter, ROX, and Pocari Sweat. The first day went smoothly, and the itinerary was followed, thanks to the Climb Secretariat and the Organizing Committee. By 2:30 PM everyone had left the Ranger Station, and by nightfall, everyone had reached Campsite 2. 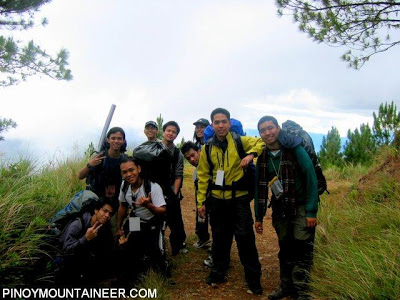 But instead of the full moon that I was anticipating, we were confronted with “inclement weather”, and at 0400H the next day, instead of a summit assault, we were dealing with a very cold and very moist air that almost prevented participants from leaving their tents. 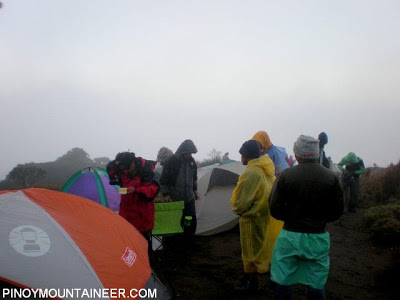 Yet we have come a long way. I was really very sad at that time because I felt that we had really exerted a lot of effort to do the climb, only to be deprived of the opportunity to see the famed summit views of Pulag. We decided to delay the assault; I hoped that by delaying our summit assault, the conditions would improve. Bahala na, I thought, and I took off my raincoat, clinging on the hopes of better weather. 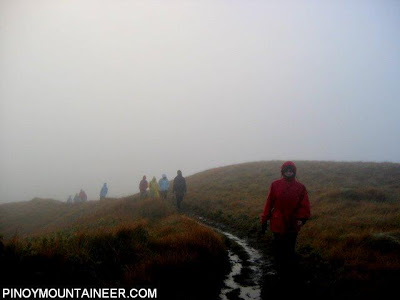 We walked in the muddy trails, our only consolation the vast groves of dwarf bamboo that surrounded us. But it was not meant to be that way! The clouds dispersed and in that glorious moment, rainbows formed, serving as our grand entrance from the gloomy weather into blue skies! We thank Divine Providence for granting us such a treat! 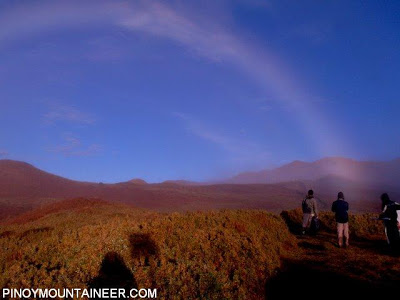 Emboldened by the improved weather, we pushed onwards to the summit. The dispersal of clouds was swift, and soon the entire grassland summit was visible. By 0800H the main group had all summitted, and it was really such a great moment. After all our efforts, we were there in our destination. 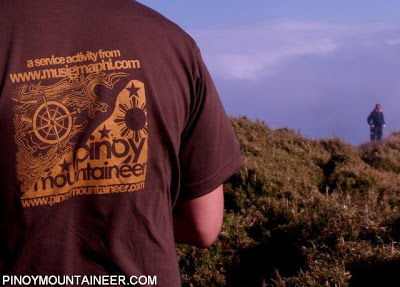 To continued in Hiking Matters #43b. 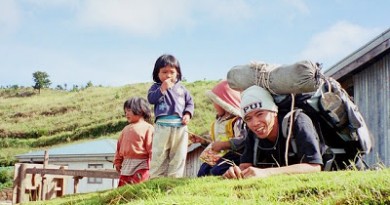 Mt. Pulag for the first time: The journal entries 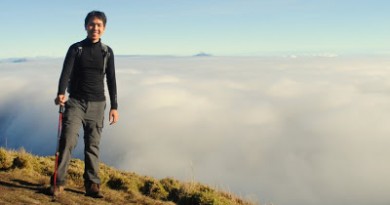 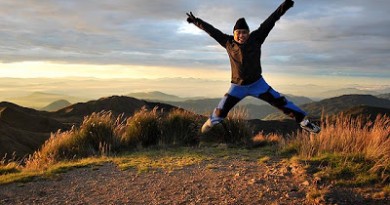 hi! is it possible for me to get to the summit of mt pulag? i am super dooper over weight.. what kind of preparation do i need to do?

sir gideon, sir daniel, and all the organizers and participants. thank you sa inyong lahat. it was a very memorable event. we're very happy to be with a very nice group (maybank and their friends). to sir gary and sir siegfred, pics natin ha! congrats and god bless to everyone.

… congratulations to you sir gid, sa pinoy mountaineer & sa mu sigma phi frat – it was a very sucessful! the organizers were very accomodating and patient with us. everything went smoothly and yes, we are now fans of pocari sweat. :-)…but most importantly, we should be thankful because our prayers were heard – we were blessed with a good weather on the second day for us to witness the very magnificent view in the summit…. for our team mates – sir gary, sir siegfred, sir mario bihag, the rtc team, the photographers team(jonas, sir) etc -salamat po sa inyo mga sir/ma'am…lalo na sa nanalo ng hi tec shoes – sir pidong salamat sa libreng lunch ! (sir pictures ko ha)hehe…sana magkita kita tayo ulit in the future. peace and blessings!

That sounds like so much fun. We didn’t try to join because we just came from Mt. Pulag last December, but if you do it again next February, we’ll be the first in line to register 🙂

By the way, I just want to thank you for this site – its so informative and useful. My friends and I are new to mountain climbing – we’ve only done 4 so far – but we are hopelessly hooked, and this site is our goldmine for all the necessary information and interesting facts. We never climb without first consulting Pinoy Mountaineer. More power to you!!!