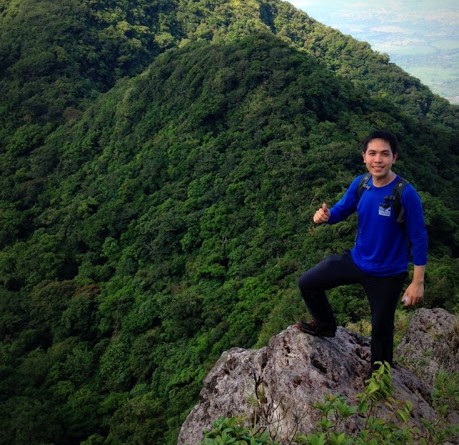 With the Palanggana (San Bartolome) Trail being shut down by local officials with the blessing of UPLB people, I felt it would be nice if I could see for myself the recently-established setup that places the trailhead and registration area at Sitio Jordan, Brgy. San Vicente, through the Sipit (San Vicente) Trail. Five years ago, before “Hiking matters”, I was able to take this trail, but I’m sure a lot has changed since then. Besides, it has been my long-running personal tradition to climb Makiling once a year, so when Ivan Lakwatsero suggested a Maktrav, I readily agreed. 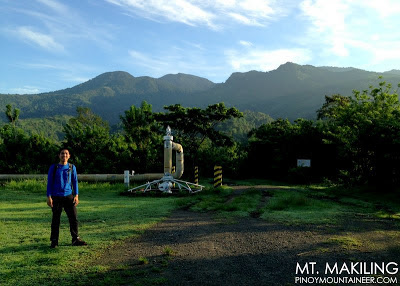 We met up at the 7-11 in Brgy. San Felix, Sto. Tomas, which faced the Mak-Ban Road that goes all the way to Bay, Laguna. We then proceeded to the trailhead, where I had the chance to talk with Sir Erwin Adornado who is the overseer of the “Ecopark” that doubles a registration area. He defended their policy of intercepting people hiking in San Bartolome at Station 7 (where the two trails meet) and forcing them to go down to Station 2 and up again via the new trail. He also appealed to hikers to be considerable towards the guides.


Check out the latest updates in the Maktrav page in PinoyMountaineer!
We started trekking at 0620H. Thanks to the wonders of technology, I was able to update my Instagram (@gideonlasco), Twitter (@gideonlasco), and Facebook pages through my phone — with photos! As a blogger I am delighted by this opportunity to bring my readers closer to the experience by seeing it as it happens. As I told Ivan during the hike, I think eventually people will be able to stream their GoPro video to viewers online.
Going back to the hike: The Sipit Trail does have steep parts from Station 2 up to Station 11 – basically this is a longer, steeper, more overgrown version of Mt. Maculot’s New Trail. Mostly forested, there are parts dominated by talahib, which can be quite dense at times. But the trail is actually pretty straightforward; with a lot of ups and a fair share of downs leading to the Melkas Campsite.
From Melkas, the famed Haring Bato and Melkas Ridge is less than 10 minutes away and we took some photos of the ridge, doubtless the most scenic (and precarious) part of the hike. (We had to brush off some limatik at this point.) The ropes are still intact — actually there are more ropes now — all the way to Peak 3, which is just a small, flat ground surrounded with tall grass.
Connecting Peak 3 to Peak 2 is the “Wild Boar Trail” – narrow, rolling, overgrown. But it is really much easier now compared to five years ago. It is full of ups and downs until you reach the final ascent that leads to Peak 2, the summit, at 1090 MASL. It took us a good 3 hours and 10 minutes to reach the summit from the trailhead; we decided to head back via the same trail going down, to make the day more worthwhile in terms of hiking time.
Fortunately the weather improved, instead of turning for the worse as it often happens on dayhikes. The rocks in Melkas Ridge were dry, and the limatik were nowhere in sight. The descent was just a long backtrail walk; we were already past Station 7 when we met some hikers who said they were ‘intercepted’ from the San Bartolome Trail, made to go down to register, causing significant delays. Anyway, it was great to meet them; by now I’m sure they’re in Los Banos — which is where I am also, since this is my hometown.

Anyway it’s always nice to climb Makiling! It doesn’t have much of scenic views but the dramatic Melkas Ridge and the challenging forest trails more than make up for it. Greetings to everyone we met along the way! 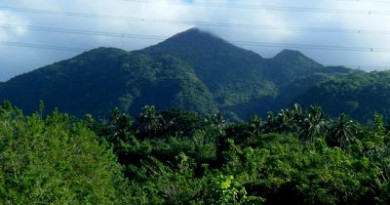 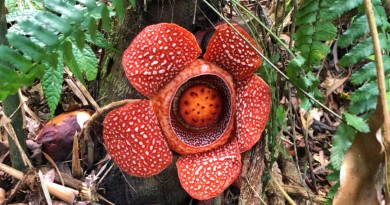 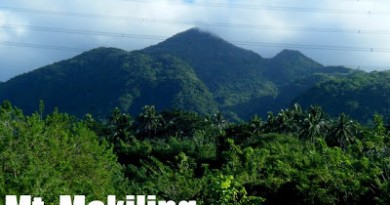 May school po ba na malapit sa Sipit Trail? We are planning to an Outreach Climb by July this year. Thanks 🙂

Yeah,if only he has proper identification. minus the escalated discussion in sanbartolome's brgy hall we would've trusted him right away. But he was actually very helpful and nice. He even guided us through station 7 with free sumptous energy-giving mangoes! note that he doesnt even expect anything in return! 🙂

Greetings, Sir Gid. I must admit that the guide who 'intercepted' us was, at first, a bit shady. But he was truly helpful! He offered to guide us until around station 4 – for free! He even offered indian mangoes. It was a nice climb, indeed!