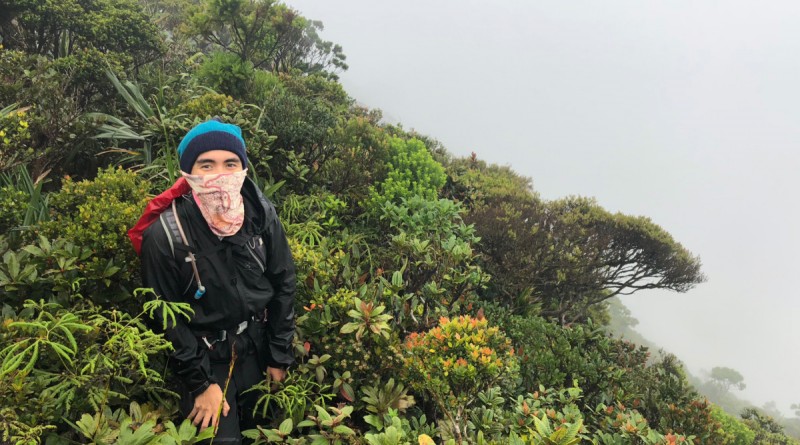 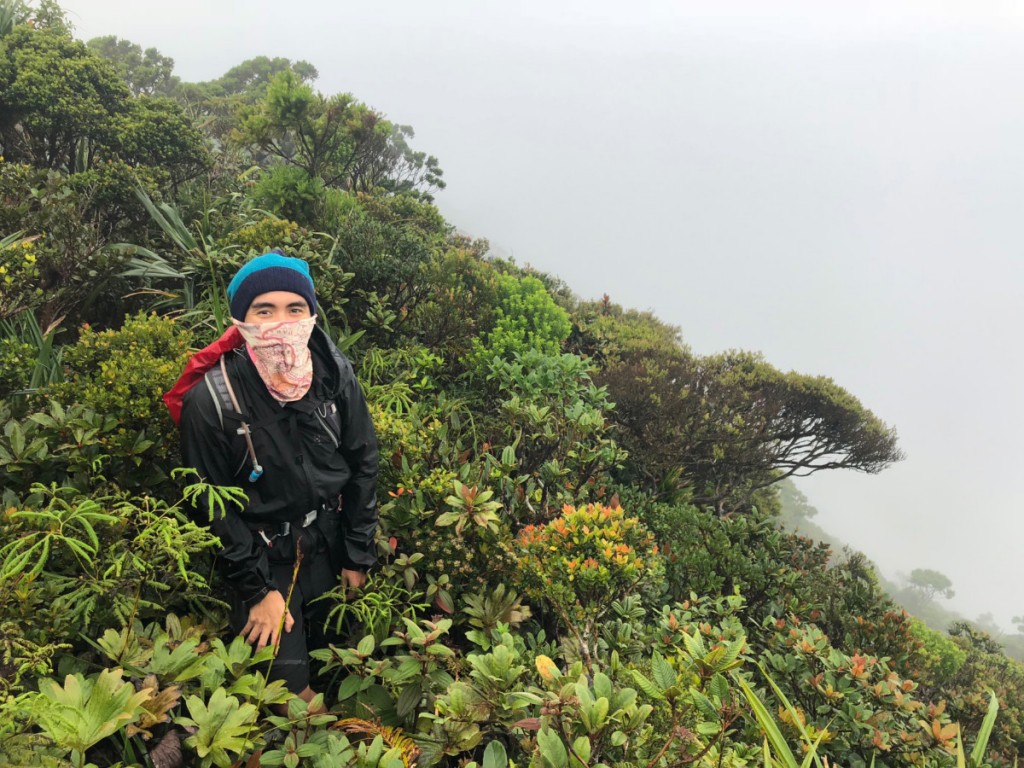 As one of the paramount peaks in the Sierra Madre range, the 1903-meter Mt. Mingan (sometimes pronounced minggan) has always been high on many mountaineers’ lists. I had long been attracted by its mere existence on the Philippine map and in 2015 actually hiked the mountain via Davil-davilan, reaching Camp 6 in an ocular climb up a mountain that didn’t really have an existing trail to the summit at the time. Since then, mountaineers have made great progress in charting the peak – and one of them (Mel Solis et al.) has published a trip report in Pinoy Mountaineer detailing their hike. 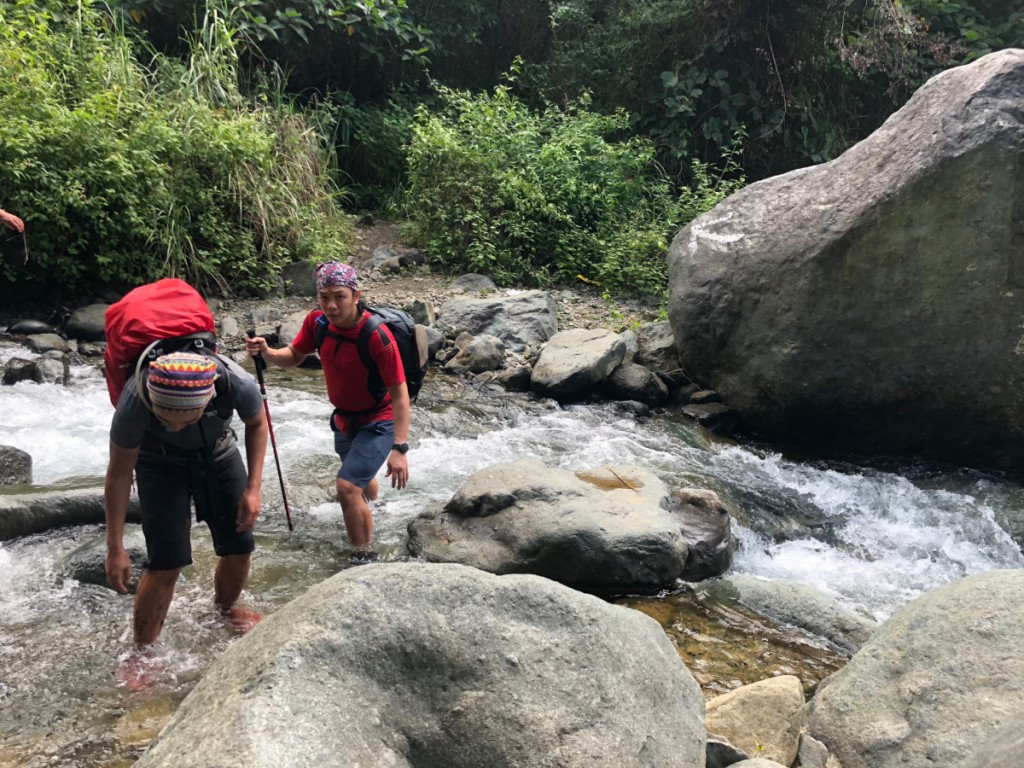 Fortunately, I had the opportunity to return to Mt. Mingan on November 3-5, 2018 and summit the mountain, this time via Gabaldon. Joining me were my longtime hike buddies Daryl Comagon and Jesse Sales, and hosting us were NEBMCI mountaineers Marty Cellona, Kero Pineda, and Alvin – as well guide-brothers Rudy and Rey Tabliga. (Actually, Marty and Alvin were the ones who accompanied me to my first Mingan hike so it was very fitting that we would be companions for the hike.) 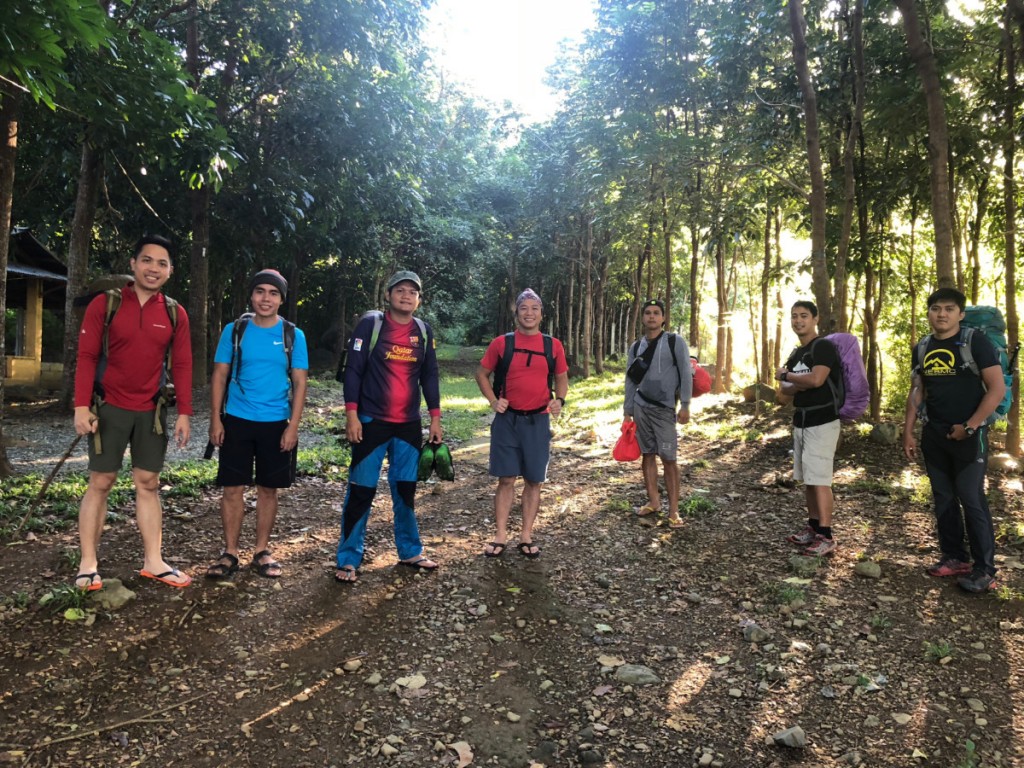 The hike starts in the Eco Park, NEUST-Gabaldon Campus and features six mini-river crossings before entering the forest. The ascent has some overgrown and slippery parts but is otherwise a straightforward ascent. We started the trek at 0705H, crossed over to Aurora province by 1015H (the arched tree below approximates the boundary between the two provinces). 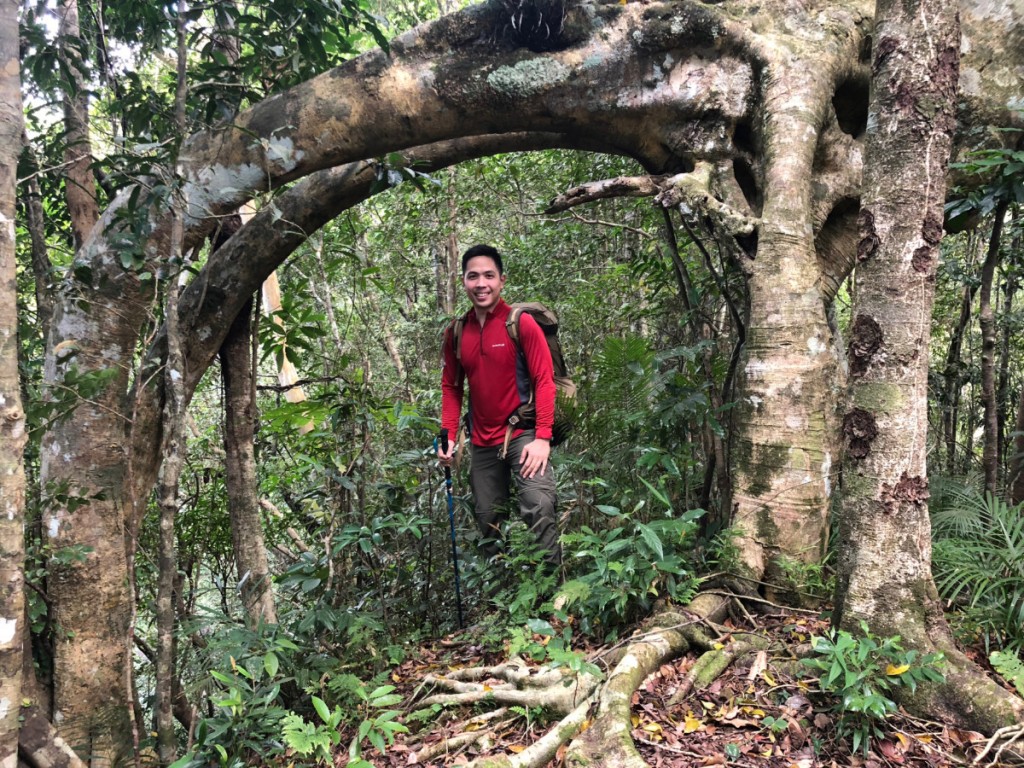 Although we could have pushed for the campsite with water source past Salakot Peak, we decided to call it a day at a nameless campsite around 1500 MASL, arriving there around 1430H. Hikers of Mt. Mantalingajan or Mt. Baloy Daku will doubtless recall a similar vibe of the campsite, surrounded by trees but offering a glimpse of views below. 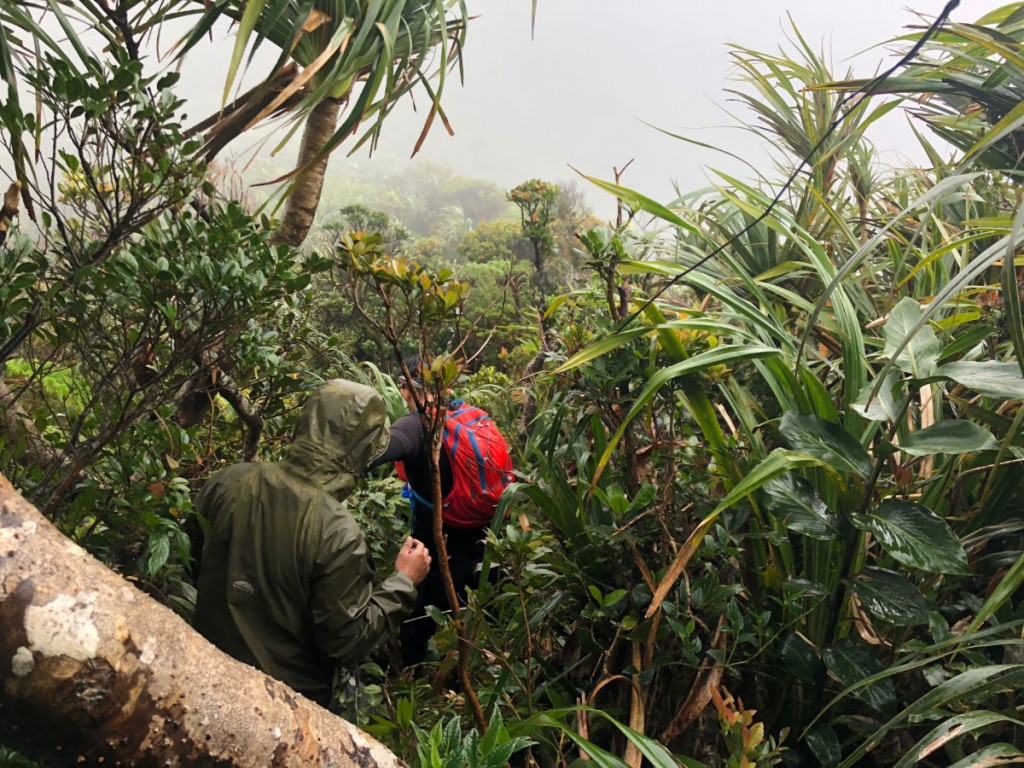 If Day 1 was relaxing, however, Day 2 was quite intense. It was easy enough to reach Salakot Peak under an hour, but what lay ahead was quite challenging: having to negotiate the pandanus-decked trail, which requires stepping on some parts of the pandanus and holding on to others: not an easy task considering that the vine-like plant comes with thorns, and some fragments may easily break (we were forced to adapt to the situation and learn the skill of ‘triangulating’ two branches to step on) 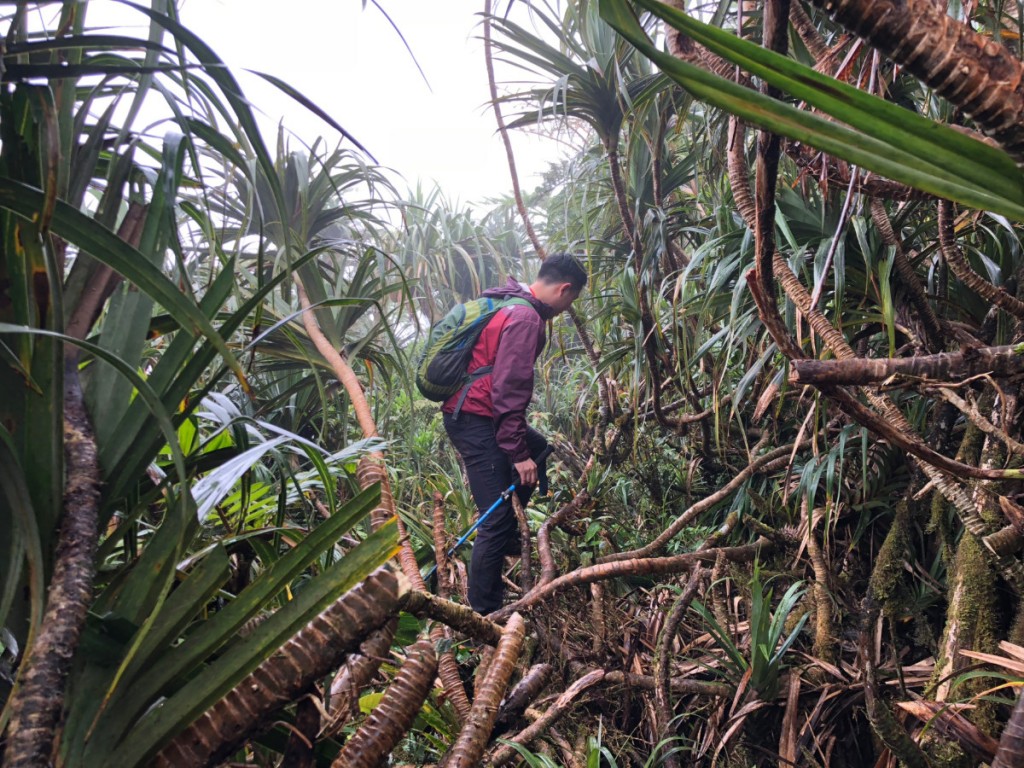 Because no one has climbed the summit for a long time, the trail was even more overgrown than usual, making the entire hike a difficult slog (thank you Kero and Rey for the trail-clearing efforts!). No climber of Mt. Mingan will ever forget all the pandan vines that had to be negotiated just to reach the summit! 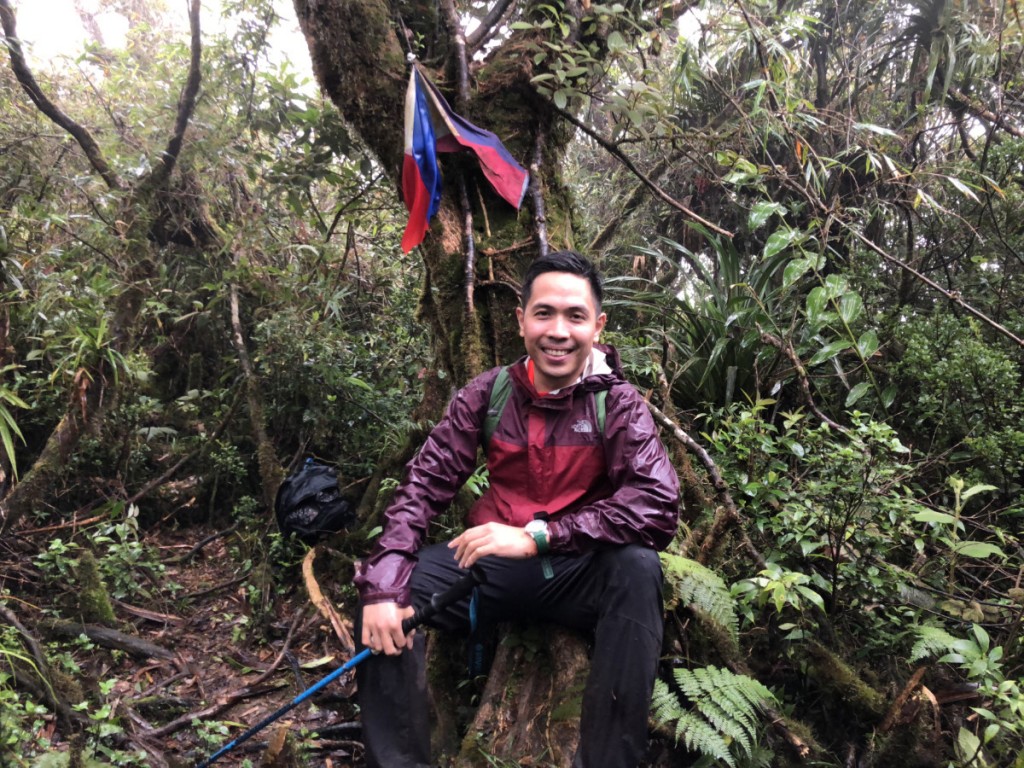 It was already 1430H when we reach the summit, which is marked by a couple of flags hanging on a tree. There was little time to rest or celebrate, as we wanted to maximise what was left of the daylight. However, because the trail had been cleared and probably because our pandan-trekking skills have improved, we surprisingly made it in good time, reaching the campsite by 2000H. 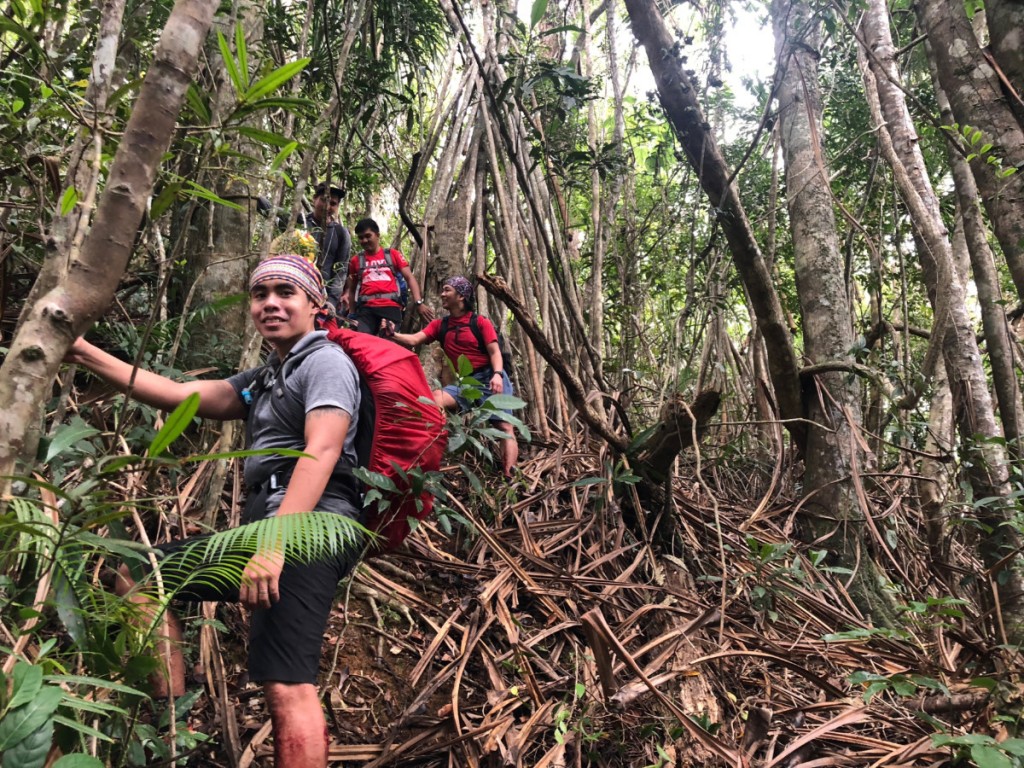 Day 3 was just as relaxing as Day 1, if not even more so, taking just four hours back to the Eco-Park. Of course, being a major climb (PinoyMountaineer is provisionally classifying Mt. Mingan 8/9 until next summer and 7/9 thereafter anticipating an easing of the trail), the descent still cannot be taken lightly as there were some challenging parts. By 1300H we were tidying up at the Eco Park, bloodied as some of us were with the notorious limatik. What a great adventure! Looking forward to doing more Sierra Madre hikes in the future! Thank you to everyone who assisted us in this hike! 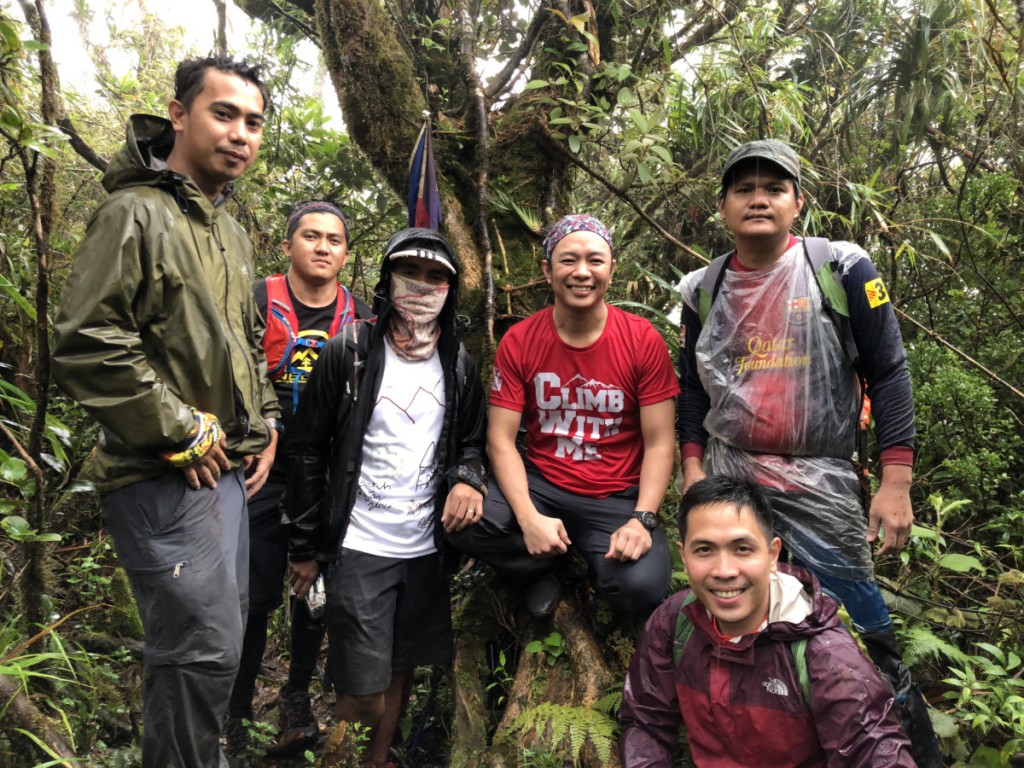 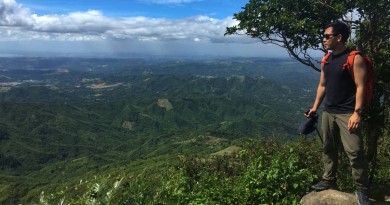 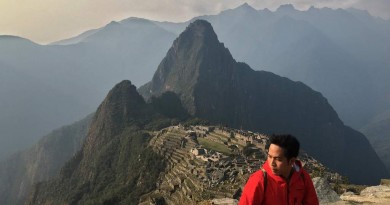 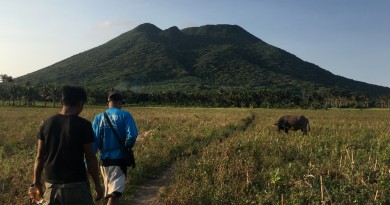