Starting 2009 and retrospectively, PinoyMountaineer.com will keep track of mountaineering-related deaths as a means of commemorating the lives of our fellow mountaineers and guiding future climbers, drawing from the lessons and circumstances of these accidents.
NOTE: This registry only includes deaths and disappearances in the mountains in circumstances that are hiking related. Suicides and vehicular accidents on the way to and from the mountain etc (including 4×4 rides in Mt. Pinatubo) are not included in this list. Likewise, drowning accidents in seawater are not included.
This page is dedicated to these mountaineers.

1. Mt. Mayon (c. early 1970s) – Pioneer hiker Roly Fabro was killed in an accident while climbing the volcano. This can be considered the first recorded mountaineering death in the Philippines. Details are not known to us at the moment.
2. Mt. Guiting-Guiting (May 17 or 18, 1985) – Rene Reyes, 22; Abel Beltran, 31; Kit Rivera, 25; and Lorna Partosa, 20 of the UP Mountaineers were found dead beneath a gorge from the ridges between Mayo’s Peak and Peak of Deception. They had reached the summit two days prior to the fateful day. Contributory factors include the heavy rains and bad weather brought about by Typhoon Gay.
3. Mt. Kanlaon (December 1985) – Local mountaineer Jojo de Oca died in Margaja Valley. Details are not known to us at the moment.
4. Mt. Halcon (October 25, 1994) – At the height of Typhoon Katring, hypothermia claimed the life of Neptali Lazaro, 25, of San Beda. The exposed and hazardous conditions in Halcon was aggravated by the wind chill brought about by the supertyphoon. Other members of the climb were survivors of hypothermia.
5. Mt. Kanlaon (August 10, 1996) – Without warning, Mt. Kanlaon erupted, killing Noel Trajeco and Neil Perez of Negros Mountaineering Club, Inc. (NMCI) and British medical student Julian Green, 21. They were fatally injured by head wounds from rocks that spewed from the crater. There were 17 other foreigners and several Filipinos who survived the eruption. According to my Kanlaon guide Rey Estelloso, all of them scurried down the mountain amid the 20-minute eruption “I stopped climbing for an entire year. I was in a state of shock,” he said.
6. Mt. Romelo (November 5, 2002) – It was a Sunday and there were over 200 campers in Buruwisan Falls but then came Typhoon Seniang, trapping the campers and drowning Harold Reyes of Las Piñas, Edward Lee of Singalong; and Ferdie Eusebio, Ryan Versola, and Rolando Jacob of Pateros, and Jose dela Cruz of Bulacan in Romelo River, in all claiming six lives in what can be called the worst mountaineering accident in Philippine history.

7. Mt. Halcon (October 30 or 31, 2004) – Prana Escalante, 21, of the UST Mountaineers, did a solo climb in an attempt to follow his groupmates in Mt. Halcon. She was reported as missing and her body was found a week later by native Mangyans.

8. Mt. Makiling (February 5, 2005) – Dr. Rimando Pimentel, 49, a dentist belonging to the Philippine Heart Center Mountaineering Club (PHCMC) fell into a 15-meter ravine headfirst, while crossing the Sto. Tomas trail. Prior to his demise, the four-man group had lost track of the trail. Other members of the team claimed that they heard children’s voices, which they followed, waylaying them and ultimately leading to Pimentel’s demise. They had intended the Makiling climb to be a training for G2.
9. Mt. Pinatubo (June 3, 2006) – Mountaineer York delos Santos, belonging to one of the batches of the Mountaineering Federation of the Philippines, drowned in the Delta 5 trail of the Mt. Pinatubo, following heavy rains and ensuing flashfloods. Eyewitnesses report that he died in the attempt to rescue two of the climb participants. His body was found downstream the next day, which would have been his 25th birthday, as he was born on June 4, 1981.
10. Mt. Apo (April 5, 2007) – Davao-based mountaineer Ian Caasi of MALMOC, 23, drowned in Lake Venado. There are many different versions of the circumstances surrounding this incident, but the death was probably secondary to hypothermia.
11. Anawangin Cove (June 23, 2008) – Jhoana Pimentel and Thaddeus Reantaso, belonging to the AMCI, together with guest climber Joseph Felarca were swept away while crossing a swollen river in Mt. Pundaquit at the height of Typhoon Frank. They were part of a team of 12 that made a recon at Anawangin Cove and were already on the way back when the mishap took place.Reported in PinoyMountaineer in Hiking matters #15.
12. Anawangin Cove (August 29, 2009) – On August 29, 2009, Tour leader Anna Capili, 30, and her 13-year-old niece Jessielou Capili were swept by strong river currents as they were heading back to Brgy. Pundaquit. Inclement weather predisposed the situation, and despite vigorous search and rescue efforts, the bodies were never found. Reported in PinoyMountaineer as Two mountaineers missing in Anawangin‘
13. Wawa River, Rodriguez, Rizal (September 4, 2011) – Adrian Alba let go of a rope while trying to cross Wawa River in Rodriguez, Rizal as a guest of the Outdoor Addicts group. The predisposing factors are still under investigation. Reported in PinoyMountaineer as Mountaineer Adrian Alba, 24, dies in a river-crossing incident in Wawa river, Rodriguez, Rizal.

15. Mt. Maculot (March 31, 2013) – On Easter Sunday, Victor Joel Ayson, 26, did a morning dayhike of Mt. Maculot’s Rockies and was spotted there by mountaineers. However, he did not claim his bag at the jumpoff and there was no sign of his whereabouts, until his body was found 13 days later beneath the Rockies, in the banks of Taal Lake, on what would have been his 27th birthday. Reported in PinoyMountaineer as Mountaineer Victor Joel Ayson still missing in Mt. Maculot.

16. Mt. Mayon (May 7, 2013) – Five climbers – three Germans, a Spanish woman and a Filipino guide – were killed when a small explosion occurred near the summit.

17. Mt. Kawayan – San Jose Circuit (August 30, 2015) – Five hikers, volunteers in an outreach activity, were swept by strong currents while crossing one of the rivers on their descent from Mt. Kawayan. Reported in PinoyMountaineer as 5 hikers dead in river crossing incident in San Jose, Tarlac; one missing.

1. Mt. Madjaas (c. 2003) – A hiker identified as Elyovic Gutierrez, from Cavite, disappeared, seemingly without a trace, in Mt. Madjaas, the highest mountain in Panay island, as he was descending from the said mountain. The search lasted for weeks and until now his fate remains unknown.

ANALYSIS
Of these fifteen deaths, at least five had typhoons or inclement weather as contributory or causative factor. We thus advise mountaineers to avoid climbing during bad weather. Add the incident in Apo of drowning and there could be at least five of these cases that were related to hypothermia (hence the need to understand this condition). Two other cases had trail confusion as a contributory factor. Still, there are unpredictable variables. Many of these mountaineers were experienced. Even at your most prepared moments – a volcano can erupt in front of you. And take note – the worst accident took place in a Difficulty 2/9 mountain. A mountaineer must never underestimate a mountain, have respect for the elements, and most importantly have faith in God.

REFERENCES
If there is dispute in the facts mentioned above, kindly email the blogger at info@pinoymountaineer.com. References for this registry includes newspaper clippings from Philippine Daily Inquirer, SunStar Davao, blog entries of fellow mountaineers, websites of mountaineering clubs, and personal correspondences of the blogger. 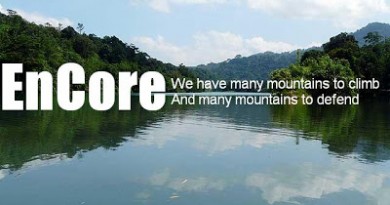 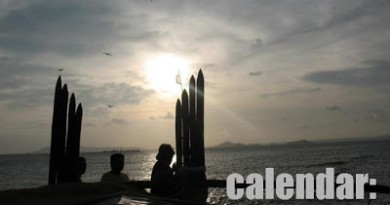 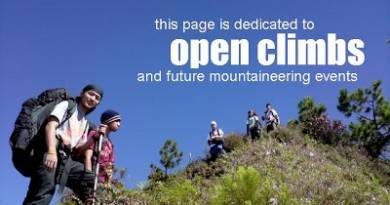 Hi..I'm a novice at mountaineering and I don't have much to say since I'm no expert, but I really appreciate the pinoymountaineer.com has done this past few years which is documenting useful stuff like this. You see reading about this alone add extra caution for those who sometimes forget the danger of the sport. Sometimes doing something we like for so long and so often we didn't notice that we're throwing caution to the wind…KUDOS to this site and more power! You made me take this sport more seriously than what I did in my first two climbs.

A friendly reminder coming from our fellow mountaineer/s:

PERSONAL NOTE: Looking back through the history of mountaineering, we can tell that a mountain-related death occurs anually, and this has been happening for the past three (3) years:

Profiling the skills of the victims of each incident, we can't really tell when an unexpected circumstance could take place. It can happen anywhere along the course of a mountaineer's life – be it during your first climb, in the middle of a BMC river crossing exercise, or at amidst an individual's "veteran" stage. No one can actually describe, nor foretell when a misfortune could transpire.

And so, we consistently have to be cautious and be prepared for what Mother Nature could bring us, regardless of the hike being a group, or solo.