MT. KALISUNGAN
Calauan, Laguna
Jump-off point: Brgy. Lamot 2, Calauan
LLA: 14° 08.790N; 121° 20.683E; 760 MASL
Days required / Hours to summit: 1 day / 2.5-3 hours
Specs: Minor climb, Difficulty 3/9, Trail class 1-2
Article history: Created 8/14/07, last updated 02/20/14BACKGROUND
Mt. Kalisungan In Calauan, Laguna is one of the smaller mountains in the Southern Tagalog region, but is nonetheless prominent because in many points of view, it is one of the mountains that flank the Banahaw Trilogy. Moreover, it has a special place in history as the final stand of the retreating Japanese soldiers in Laguna towards the end of World War II (1945-1946). It used to be – and still is – a mountain that has many names. Some call it Mt. Calauan or Mt. Nagcarlan after the two towns it borders; others call it Mt. Lamot because it lies in Brgy. Lamot. There is growing consensus, however, that this mountain, rising to 760 MASL, should be known as Mt. Kalisungan.Japanese guerrillas at the twilight of World War II made Mt. Kalisungan their last stand in Laguna. Afterwards, locals erected a white cross at its peak. It has become a local Holy Week custom to climb the mountain. Throughout the year, Mt. Kalisungan receives ample rainfall, and because of its relatively rustic location, its great charm lies in its serenity. Fruit trees – from rambutan to kaimito, and of course buko – provide trail food year round, as well, but don’t forget to ask permission before picking!Verdant fields surround the slopes of Kalisungan. There are coconut trees, banana plantations, corn fields, citrus orchards, and vast grasslands leading to the summit. As one goes higher, the view becomes more distinct: directly in front of you, to the north, is Talim island with its Mt. Tagapo shaped like a young woman’s breast; you can also see Jalajala peninsula jutting into Laguna Lake like a ship, with Mt. Sembrano on its helm. Moving your eyes to east, the highlands of Caliraya appear. And once you reach the peak, you will be able to glimpse upon the seven lakes of San Pablo, flanked by Mt. Cristobal and Mt. Banahaw. Then, from a distance there is Mt. Makiling, to the west, completing the circle. 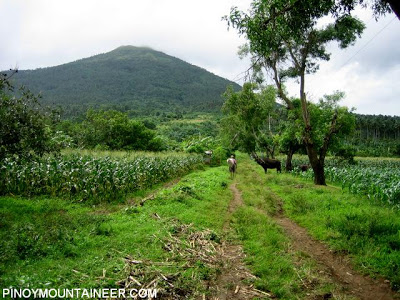 At the foothills, the trail is wide and surrounded by beautiful trees and plantation fields (2007). 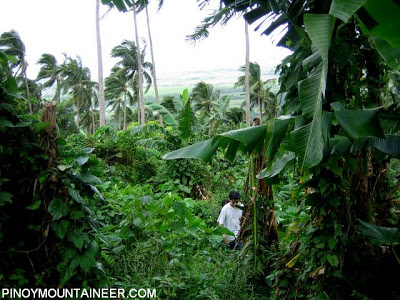 Midway, you will encounter some dense foliage comprised of grasses, shrubs, and banana trees. 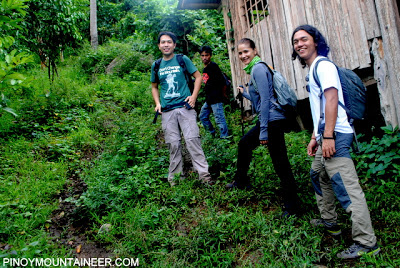 Along the trail with Ms. Agot Isidro and Coby Sarreal (Jan 2013) 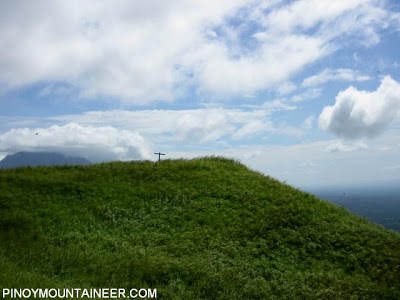 The summit is meadowy and verdant: the winds are quite refreshing (2007). 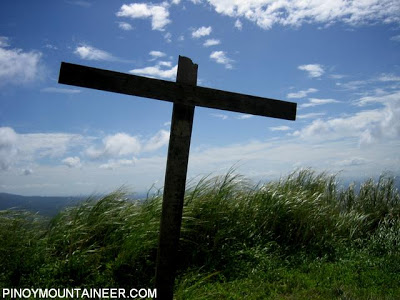 A wooden cross used to mark the summit; it has since been replaced by a cement one (2007). 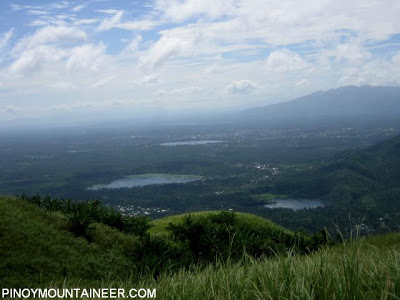 One of the best views at the peak is that of San Pablo’s Seven Lakes – at least six of which are visible at the peak. In this picture, the lakes seen are Mohicap, Palakpakin, and Sampaloc (2007). 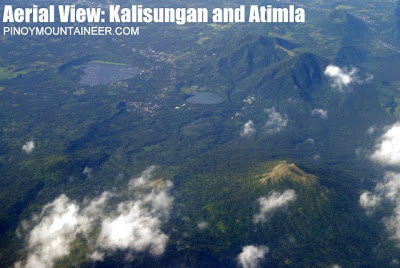 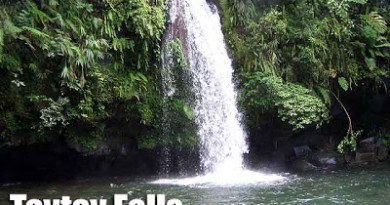 Just to give you an update.
As of this writing, the kalisungan – atimla trail is closed due to fallen trees brought by typhoon Glenda. As per Mang Bino, the trail is not yet accessible.

We just climb Mt. Kalisungan yesterday (January 31, 2015) via its new trail with Kuya Bino as our guide. We started trekking by 8:30 am and reached the summit at 10:30 am (medyo sagana na kami sa pahinga kasi puro paakyat yung trail). We stayed for one and a half hours at the summit (solo namin ang taas kasi nakababa na ang first batch na umakyat and according to Kuya Bino, they will do a twin hike sa Mt Mabilog which you can view from the summit). We descended for less than an hour only and nakabalik kami ng Manila at 4:30 pm.

At the summit, you can see the picturesque of neighboring mountains in Laguna, Batangas, and Rizal. And of course the seven lakes of San Pablo.

The guide rate is still fixed at P400 for dayhike.