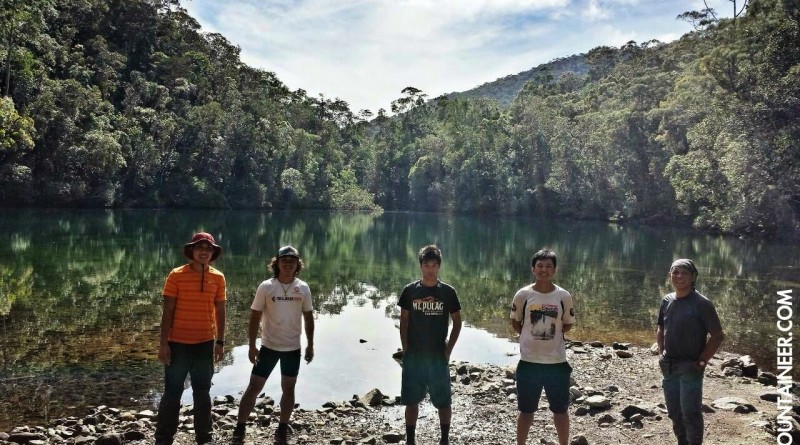 Continued from Hiking matters #438. The next morning, the weather was benign, and I was able to swim in Atong Lake again. Once again, we took our time and enjoyed our time with the lake and the mountain.

We started descent at 0930H – which actually involves ascending up one of high points around the lake, and then making our way through dense forest to reconnect to the Batang-Batang River, which we would have to cross anew. This forest trek is quite challenging – reminiscent of the Pantingan-Tarak traverse.

Back at the rivers, we were thankful that the water level has not gone up, and after more river crossings, we were finally back in the familiar plains of Sitio Mariwara. Thank you again to Jehson Cervancia for arranging the hike, and to Kuya Julius and family for another great adventure in Narra, Palawan!